Organised by Furla Foundation and GAM, Moving in Space without Asking Permission is the American artist’s first solo show in an Italian institution.

As I walked toward Milan’s Galleria d’Arte Moderna (GAM), housed inside the palatial Villa Reale and located across from the sprawling Indro Mortanelli public park, I began noticing passersby wearing bright, colourful ribbons around their necks and across their torsos. The strips of shiny fabric came in a variety of hues including red, purple, pink, blue and turquoise, and were emblazoned with different slogans. A teenage girl was wearing one that read "Empower the women around you", and her companion's said, "My body is not your business"; a young man had “FEMMINISMO É ANTIRAZZISMO” draped across his shoulder, and a woman wearing “Gender is a universe and we are all stars” passed me hurriedly as I tried to take note of all the phrases I encountered on my way to the museum.

Once inside, I realised that the people I spotted were in fact all coming from Andrea Bowers’s exhibition Moving in Space without Asking Permission. Organised by Furla Foundation and GAM, it is the American artist’s first solo exhibition in an Italian institution. One of the central works in the exhibition, Political Ribbons(2022), consists of hundreds of colourful satin strips which are installed floor-to-ceiling inside one of the museum’s impressive Neoclassical galleries. Visitors are encouraged to take a ribbon with them, thus disseminating in the streets of Milan and beyond the political messages that the artist has commemorated in this participatory work as a record of demonstrations past and present which took place in the US and Italy.

"Each of Bowers’s projects begins with in-depth research into the context in which she operates and an encounter with its social fabric,” says the exhibition’s art curator Bruna Roccasalva. “In this case, Moving in Space without Asking Permission takes its starting point from the artist’s confrontation with some of today’s Italian feminist experiences,” she explained as we proceeded into the next gallery where a new site-specific video work is installed on a large, free-standing screen.

Entitled In the Ballroom-Overcoming the Myth of Masculine Force (2022), the video installation is the result of Bowers’s deep dive into the work of contemporary Italian philosopher and activist Alessandra Chiricosta. In addition to her writing, Chiricosta also studies and teaches martial arts as a form of bodily self-awareness for women. Shot on location inside GAM’s sumptuous second-level gallery, which used to serve as a ballroom, the work documents a “feminist combative self-awareness” class that Chiricosta gave to a group of female students. “This practice was created with the goal of removing sociocultural blocks from the body and mind that prevent female subjectivities from expressing their combative and assertive potential,” Roccasalva explained. And indeed, rather than a martial arts class, the participants appear to be engaging in a carefully choreographed dance, but one that is significantly different from the dances the ballroom had previously played host to. Surrounded by 19th and early 20th century portraits of ladies from the upper and ruling classes, which hang on the walls of GAM’s upper level, the workshop participants move in heavy, elaborate dresses that resemble those worn by women of stature in those days. The video is an especially timely work, whose message—like many others that reverberate throughout this show—must sadly be repeated again and again. Women’s rights and bodily autonomy cannot be taken for granted; in reality, every generation must fight these battles anew—in the US, in Iran, and all over the world.

Art and activism can be strange bedfellows and often, their combination doesn’t necessarily give life to poignant encounters with artworks that speak to rather than burden viewers independently of a contextualising (not to say, didactic) wall text. Bowers, however, in a practice honed over nearly 30 years, has been uniquely sensitive to the experiential impact of her artworks. “Her work is a perfect example of how art can convey socially relevant messages through the aesthetic power of its language,” says Roccasalva. “She makes use of a variety of media, from drawing to video to neon installations, rendering complex topics through an accessible and direct vocabulary.”

The installation Feminist Fans is an incisive example of the artist’s approach. On the impeccable terrazzo floor of the Villa Reale and echoing in their semi-spherical shape some of the architectural features of the gallery in which they are installed, a host of colourful paper fans are carefully laid out to create a new floor pattern. A sea of colours, patterns, and slogans such as “Women are watching,” and “Unite to fight patriarchy” draw the viewer’s gaze to the ground. When raising my eyes from the floor again, I noticed the two 19th century portraits of women hanging on the walls of that gallery. Bowers has selected these works from the museum’s own collection. Both sitters' facial expressions hint at a sense of unfulfillment with the roles available to them on account of their gender. In fact, it is easy to imagine that the young woman portrayed in a white (bridal?) gown could be holding one of the Feminist Fans rather than a bouquet of flowers.

The last room of the exhibition is dedicated to a display of archival material gathered from the collections and libraries of different institutions across Italy, such as the Unione Femminile Nazionale (National Women’s Union). Researching this display has been an enriching experience for everyone involved, the curator tells me, including the foundation’s team who worked closely with Bowers on this presentation. They focused on printed matter created between 1850–1920, covering central themes such as women’s right to vote, and accounts of early organised movements such as the Italian National Women’s Union and the Socialist Party.

In her choice to exhibit these documents, Bowers responds directly to the museum’s own collection, which focuses on the historical period around the turn of the 20th century, when the women’s emancipation movement in Italy was in its infancy. By showing what women were fighting for during that time, Bowers adds nuance to the “conventional” images of women represented elsewhere in the museum. It is unsettling to see how many of the issues central to their struggles then remain relevant to this day. 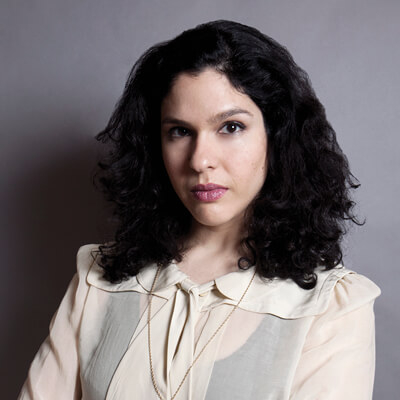 'Global Rainbow' by Yvette Mattern instils a possibility of inclusivity and diversity Jan 08, 2023