Melange Home in Mumbai: a true melange of mid-century modern and contemporary

by Pooja Suresh HollannavarPublished on : Jan 04, 2023

Interior design industries across the world have been riding the mid-century modern wave for over half a century now. It is a style that, with its bronze tones and curved edges, sometimes fades but never fails to come back. The Melange Home by Mumbai-based Quirk Studio becomes a part of the latest resurgence of the trend.

Lead designers of the studio, Disha Bhavsar and Shivani Ajmera, have taken the mid-century modern style and adapted it to suit the living requirements of a young Indian family. The house is designed for a couple raising their daughter, who are also enthusiastic hosts. The couple asked for a house free of rigid rooms which resulted in a 185 sqm home, with spaces that flow into each other.

The first point of contact in the home is the living room, which also features a striking bar counter. The Asian blue fluted counter contrasts the visually horizontal lines of the wood-panelled ceiling and mirrors the vertical stripes of the circular coffee table in the main seating area, creating a space with immense depth of character. The bar counter is bookended with a partition, that is a blend of mid-century modern bronze and bunai—the traditional Indian furniture design, a combination that is once again reflected in the main seating area with the green chairs.

The living room transitions into the dining area through a framed opening. A terrazzo dining table with blue chairs rests under an arched ceiling, finished in grey lime plaster. The walls detailed with monochromatic moulding hide pocket doors that conceal services and lead into the kitchen, which itself is visually framed by a service hatch which may be kept open or closed.

The bunai element makes a reappearance in the primary bedroom in the form of shutters to a walled storage system that also acts as the backdrop to the bed. The backdrop continues without the cane to create a small study nook, at the far end of the room. The muted grey palette, also echoed in the ripples of the marble in the primary bathroom, lends an aura of calm to the suite.

In contrast to the quiet sophistication of the primary bedroom, the daughter’s bedroom is dreamy with a playful edge. The wallpaper features flora and fauna that creates a sense of whimsy when paired with the mint green panelling. The walls of the en-suite bathroom, accessed through a concealed door, are reminders of the terrazzo dining table.

The powder room featuring black marble tiles and black sanitaryware is in stark contrast with the otherwise white and grey clad house. With the only commonality being flora and fauna wallpaper, the dramatic room gives the visual palette of the house a much-needed break.

“We have created walls that are timeless, and furniture that are statement and classic pieces. We have played with nature-inspired colours such as blue and green tones. Accents of green in the chair, the Asian blue bar, and the dining in the chair all constitute this colour scheme. A beautiful hue of mint green in the wall panelling with custom-created wallpaper acts as a stunning backdrop for the same. The master is designed with warm tones of wood and cane, and the upholstery is just grey. All elements flow into each other with a muted and white shell. The fun outgoing personalities of the clients were the inspiration for the colour palette and hence we have used calming warm and inviting colours,” note Bhavsar and Ajmera, the co-founders and principal designers at Quirk Studio.

The use of cool jewel tones of blue and green as the main colour palette is clearly deliberate, as it refers to the traditionally mid-century-modern brass finishes. However, it is the clever and extensive use of white and subtle greys that breaks the heaviness of the jewel tones and creates a much more visually palatable space for everyday use. Repetitive details such as the terrazzo, and the flora and fauna themed wallpaper, create spaces that are visually linked and often seem to flow into each other. The ingenious use of pocket doors and concealed storage reinforces this marriage of aesthetic and practical to create a truly modern and habitable home.

Poetics, beauty and process: a look at Samira Rathod’s design exhibition in Mumbai 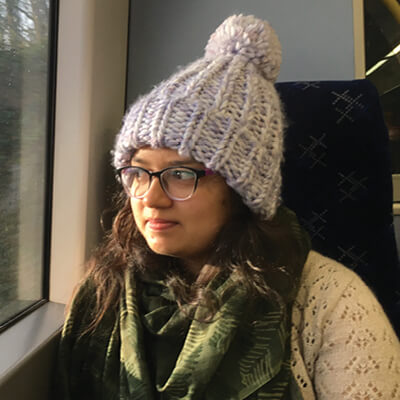 Inside the playful curious world of artist and designer Bruno Munari Jan 02, 2023