Tease Me Café, Kerala, by Wallmakers uses discarded cloth and concrete for its interiors

Wallmakers, an architectural firm based in Kerala, India, experiments with waste cloth hung from the ceiling to aesthetically delineate different areas inside a space starved café.

For many people, a neighbourhood cafe is just the place to pick up a cup of coffee on their way to work, set up shop with their laptop for the day, or to unwind after a day of work. It’s no wonder that cafeterias have become outlets for some of the most creative interiors in the world. Designers have incorporated technology, art and nature among other themes to create a world for guests to escape to.

Those looking for a shot of great design with their cappuccino, should check out Tease Me Café designed by Vinu Daniel, architect and founder of Wallmakers. Located in the bustling city of Kottayam in the southern Indian state of Kerala, this minimalist modern marvel wows both architecture fans and caffeine addicts alike.

The first thing that strikes you on entering Tease Me is the incongruous partitions that cascade seamlessly from the ceiling to the floor. These are fashioned out of kora cloth (waste cloth) as the base, finished with a layer of ferro-cement and grey oxide and further waxed and polished.

The idea to use cloth germinated from the dire need to maximise the limited space (a mere 695 sq ft) inside the café. The one-inch thick ‘clothcrete’ partitions not only ensure privacy and space utilisation but also tumble down to become seats for the diners. The concept is taken a step further by incorporating similar details in the wash basin area and toilet.

The inspiration for this fabric-based design came to Daniel when he was working on the interior of an apartment. “I was using kora cloth to cover all the wet, oxidised walls. Kora is the cheapest kind of cloth used mostly as the underside in women’s clothing. It’s white with a beautiful texture. One day when I entered the flat to inspect the project, I saw the white cloth dancing magically in the wind. That imagery of cloth fluttering and flowing over the furniture, walls, everything had a deep impact on me,” recalls Daniel, an award-winning architect known for his expertise in using eco-friendly and waste materials in construction. Used bottles, scrap metal, jute sacks, coconut shells, broken bricks…all find a home in Daniel’s buildings.

However, the idea was a tough one to execute and Daniel faced many challenges working with cloth, right from the load calculation to the texture and fall. “It is one thing to imagine and another thing to execute. To execute, you need an army that believes in you. You can go into any battle if the army says that my general is right. The partitions took us nearly three months to complete. After numerous failed attempts the team zeroed in on kora cloth finished with a layer of ferro-cement and grey oxide. It was further waxed and polished to create undulations and folds that add a playful feel to the café’s understated aesthetic,” informs Daniel, who is currently working on constructing a home using discarded toys.

The highly unconventional interior designed by Wallmakers creates different integrated areas, which are connected giving a tremendous sense of intimacy. The guests at Tease Me Café are welcomed by a linear seating layout, from which they can watch their tantalising treats come into being from the open-plan kitchen in the centre of the café.

The open kitchen layout also encourages natural engagement with the chef as opposed to the rapid turnaround of today’s high street caffeine providers. Aromas of freshly made food wafts through the café, invigorating appetites and initiating conversations.

Light plays a significant part in creating the tranquil mood of this café. Here too Daniel has used his ingenuity. Meandering steel pipes protrude out of the back wall and bend down towards the kitchen counter. The pipes act both as exhaust to suck out the excess smoke created by the open kitchen as well light fixtures over the tables. The mellow diffused light contrasts beautifully with the rugged interiors to create a poetic and unpredictable dining environment conducive to countless selfies.

The idea of environmental friendliness introduced into the interior of Tease Me Café is not constrained to reusing kora cloth and other materials in the building process. The more important idea was to popularise the concept of reusing and recycling by creating an incredibly beautiful environment. Old press panel boxes joined together along with old wooden windows adroitly form the tables that stand in stark contrast to the drapes.

Vinu Daniel feels at home with the brick 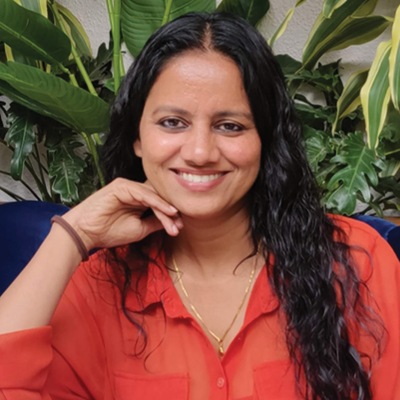 Nivedita is a Mumbai-based senior journalist. After spending nearly two decades as editor for various newspapers and magazines, she turned freelancer seven years ago. Currently she contributes art, design, travel and lifestyle stories to some of the leading publications in India and abroad. When not on board an airplane or furiously keying in to meet deadlines, Nivedita is more than likely gobbling up a Murakami novel or perfecting her yoga poses.

Nivedita is a Mumbai-based senior journalist. After spending nearly two decades as editor for various newspapers and magazines, she turned freelancer seven years ago. Currently she contributes art, design, travel and lifestyle stories to some of the leading publications in India and abroad. When not on board an airplane or furiously keying in to meet deadlines, Nivedita is more than likely gobbling up a Murakami novel or perfecting her yoga poses.