The Kerala government engages with the best minds from the industry to put forth a new design agenda at the power-packed event held at Bolgatty Island, Kochi.

The three-day Kochi Design Week (KDW), with STIR as the headline media partner, kicked off in grand style at Bolgatty Island, Kochi, Kerala on December 12, 2019. The summit, organised by the Electronics and IT Department of Kerala Government in association with bodies such as World Design Organisation (WDO) and Interaction Design Association (IxDA), brought together experts from across the world to discuss global trends in design and architecture and position Kerala as an international hub for design.

The air buzzed with energy and anticipation as we entered the venue, packed with visitors, audience, speakers and exhibitors from across the world. We were intrigued by the diversity of the panelists and speakers, as it was a breath of fresh air to witness perspectives from outside the fish tank. The neophilia and quality of conversations kept us well engaged even between events - everything from the vision of the organisers to the questions raised by the disruptors left attendees with a lot to think.

Speaking at the valedictory session, Chief Minister Pinarayi Vijayan said that Kerala is working towards developing a Design Policy for promoting sustainable infrastructure that employs innovative designs for habitats and smart cities.

The event marked a unique cross-disciplinary attempt at bringing together scholars and practitioners from a range of disciplines to celebrate design by joining hands with various industry bodies. The Chief Minister also said that the government will launch a ‘Kerala Design Festival’ by scaling up the existing KDW format through integration of multiple events.

“The design sector should become more democratic in its approach by considering the needs of the people on the ground as they are the primary consumers,” said P. Sreeramakrishnan, Speaker, Kerala Legislative Assembly,  while inaugurating the three-day Kochi Design Week (KDW).

Srini R Srinivasan, CEO, Lumium, and President-elect, World Design Organisation (WDO) in his keynote address on design opportunities and challenges, focused on how cities can be made better through design. While he applauded the initiative of the government and the organisers, he emphasised that ‘measurability’ is the key to progress in design rather than glittering events. The yesteryears had simpler products for simpler needs, while the lifestyle of the future demands amazing complexity. It would be sheer folly to not include design as an integral part of business plans today, he insisted.

Later, in a panel discussion moderated by Srinivasan, ‘Designing for Experiences where digital and physical worlds converge – How is this relevant for India’, designing digital experiences for the common man, digital design as an enabler and the importance of convenience while designing digital products were the topics addressed.

Srinivasan observed that the flow of investments has seen a drop over the last year. However, Saji Gopinath, CEO, Kerala Startup Mission (KSUM), said around 70 per cent of startups in Kerala were successful. Gopinath stressed that the issues for hardware-oriented startups were manufacturing and constraints on scalability of the operations that becomes a determining factor for investors.

The panel discussion on ‘Design for Startups and Innovation’ stressed that startups should harness the immense possibilities with big corporates. Revathi Kant, Chief Design Officer, Titan, said the company has an incubation programme called Ignitor in which employees are allowed to set up startups.

At a panel session on ‘Design as an Industry; Why Design Policy for the State Matters?’ on the second day of the Kochi Design Week, Venu. V, Principal Secretary, Revenue, Government of Kerala, and CEO of Rebuild Kerala initiative, said, “The state needs to overhaul its building construction rules to achieve sustainable and eco-friendly goals in construction.”

The session ‘Design for Infrastructure: Connected Building for Future Smart Cities’, moderated by Rajgopal Nair of Autodesk India, stated that development projects should invariably resolve the concerns of the local population and take special care to make them not only part of the process but also position them as the end beneficiaries.

Amit Gupta, Founder, Curator, Content Director, STIR, in his keynote address spoke on ‘epistemic curiosity’ as the driving force behind all creative fields, art, design and architecture and how it is this curiosity that engages the younger generation today.

Kochi Design Week also wooed visitors to try latest technologies by inviting them to paint in 3D space, using the ‘Tilt Brush’ application recently launched by Google and designed by the International School of Creative Arts (ISCA). Various installations by Chendamangalam weaving, Maker Village, Asset Homes, V-Guard, and CERA, attracting visitors in good numbers underscored the message that design is not just for the upper classes but for people across all strata.

The forum, for which STIR was the Headline Media Partner, witnessed the convergence of design professionals from India and abroad, heads of various companies, architects, interior designers, thought leaders, policymakers and government officials, besides the general public. The event established a network where start-ups and disruptors gained visibility and met enablers in the industry.

The forum has emerged as a fertile ground to address needs of the design community, engage with them and formulate policies that would trigger great changes. While practising designers have increasingly been content with their private commissions and distanced themselves from the state as an agency of change, here is a forum where the experts have converged and the youth are represented. 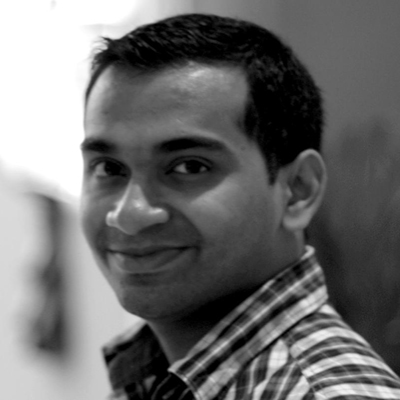 Abraham currently resides and practices in Kochi, Kerala as the Principal Architect for Mandira Design Studio. He acquired his M.Arch in Theory and Design from CEPT University, Ahmedabad. His work includes architecture, furniture and research projects. He also frequents as a visiting design faculty and juror for architectural colleges.

Abraham currently resides and practices in Kochi, Kerala as the Principal Architect for Mandira Design Studio. He acquired his M.Arch in Theory and Design from CEPT University, Ahmedabad. His work includes architecture, furniture and research projects. He also frequents as a visiting design faculty and juror for architectural colleges.

Gadi House by PMA Madhushala explores the strength of stone and the lightness of brick Nov 01, 2022

‘The Crossover Project’ was an immersive walkthrough around the art of sustainability Sep 02, 2022