A research project by Martina Frattura
Considering the personal idea of beauty as equally restorative as being outdoors, by tracking the physiological response the same effects are expected via light stimuli.

I can present myself as an Architectural Lighting Designer that had the privilege of working closely with several of the greatest lighting experts in Europe while living in Sweden, The Netherlands, UK, and now in Portugal.

I recently announced the beginning of the analysis for the data collected by my initiative, A BEAUTIFUL LIGHT. It is a research project, which pairs the potential restoration in human beings derived by a fascination in outdoor spaces and with artificial lighting.

To introduce you to the research, I invite to imagine a big group of people from several nationalities and with different backgrounds, trying to strike the same goal: feeling vital. People are like prisms - changeable, erratic and called to be resourceful, social and attentive to incorporate all the input that the environment provides us.

According to the Attention Restoration Theory (ART) (Kaplan 1995, 2001), it is necessary to seek out contexts that require little resources or that use other means of maintaining mental focus. However, looking at something considered beautiful leads to experiencing a moment of instinctive attraction without a specific reason. ART suggests that recovery can be achieved by pursuing activities that rely on fascination, which is experienced when certain objects or processes effortlessly engage our attention.

Disciplines such as neuroscience and brain imaging have been investigating the ability of light to modulate our feelings, by stimulating specific parts of the brain. The potential effects that a controlled lighting scenario could have on people, by playing on both psychological and physical levels, create room to see the light stimuli as the key to reproduce the benefits of fascination whereas it is not given.

It is for this reason that I decided to visit 10 different countries and to meet 16 volunteers who helped me gather quantitative data and look for a trend in the physiological response of people to beauty. Bulgaria, Portugal, Iceland, Italy, UK, Turkey, Sweden, Canada, Greece and Spain were the selected nations, while the gathered sample were eight men and eight women between the age group of 20-40. While using an EEG instrument to monitor the brain activity, the participants were asked to perform a 15-minute experiment.

In September, I joined the Department of Data Analysis, Faculty of Psychological and Educational Sciences of the University of Ghent in Belgium. With the lead of the head physicist Daniele Marinazzo and other members of the lab, a method for pre/processing was delineated. The focus will be on the Alpha and Theta waves and mainly looking at the activity recorded with the frontal electrodes.

The analysis should answer to the question: Can mental restoration be induced indoor?

While confident of the positive output of the data, I am already setting light scenarios that later will be used as a second part of the experiment: same numbers of participants will be, in fact, as well as perform the same type of test in a controlled environment. The aim will be to find the ‘exact combination’ that artificial lighting should have to help people feel better. Acute effects of light exposure do, in fact, impact moods, alertness and vitality, which could benefit our daily routine.

What are your thoughts on this research project, please let us know in the comments below.

Luminaries of our times - Tricia Guild 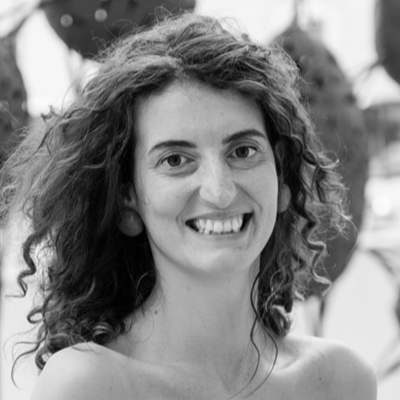 Martina graduated from KTH with a Master’s degree in Architectural Lighting Design and Health, while researching at the Human-Technology Interaction department of TU/e, Eindhoven. The co-creator of the booklet We Are Light, she is also part of the art project La Mia Paura e’ Bianca, an artistic duo that uses light as a media. Currently, she is also working as Architectural Lighting Designer at SYNAPSE in Portugal.

Martina graduated from KTH with a Master’s degree in Architectural Lighting Design and Health, while researching at the Human-Technology Interaction department of TU/e, Eindhoven. The co-creator of the booklet We Are Light, she is also part of the art project La Mia Paura e’ Bianca, an artistic duo that uses light as a media. Currently, she is also working as Architectural Lighting Designer at SYNAPSE in Portugal.