The New York-based novelist and poet pens a heartwarming tribute in memory of the acclaimed architect and critic Michael Sorkin who recently lost his life to coronavirus.

HUSH HUSH TOP SECRET. Those were the words in the subject line of Michael’s email. They were like a tiny poem in themselves—and with them a regular morning suddenly became a site of sly intrigue and adventure. I think of Michael that way—at once utterly, plainly human but also uncannily alchemical. All of it endearingly mixed up together. Nothing was too small for his interest or excitement. As much as he was a gadfly, he was also an appreciator and learner.

The smallest detail could open up a world—he took to heart the name inscribed on the New York tenement building where he and Joan {Joan Karen Copjec, film theorist and Michael’s wife} lived in a fifth-floor walk-up for over 20 years, just a few blocks from my own. Annabel Lee, the building was called—the same name as Edgar Allen Poe’s beloved in his famous last poem. This detail speaks to the nature of Michael’s attentive, enlivening mind —in every cell of his being the public and personal were nearly one and the same; intrinsically and forever intertwined. It made sense his building would have a name! This quality made him a generous and loving gadfly; he took his city personally. The city’s well-being, its promise, struggles and possibilities, the character and nurturing of its various communities—as well as its too-frequent desecrations by the monied and powerful—were at the heart of his life’s project. How might his city and others become truly sustainable? What about the tailor shops and shoe repair places that disappeared from the neighbourhood? In piece after piece, project after project, he made palpable the numerous ways that sameness is impoverishment. When he wrote about these things—and he wrote tirelessly—the writing was so memorable because it was done with fresh, unjaded eyes and a tireless interest not just in what is but in what could be; his writing was astonishingly, respectfully precise.

In piece after piece, project after project, he made palpable the numerous ways that sameness is impoverishment. – Laurie Sheck

One of the things that struck me whenever I saw him or read something he wrote, or opened my email to something he was championing, was how he never lost the energy and enthusiasm that drove him from the beginning. If anything, it seemed to grow. In 2015, when he started his press, Urban Research, I wondered how he could possibly have time to do one thing more, and yet the press began to turn out fascinating and often highly unusual books. The one I particularly remember is Jordan Carter’s Spaces of Disappearance: The Architecture of Extraordinary Rendition, which examined the architecture and politics of confinement and secret prisons. His editorial choices reflected a key aspect of his sensibility—he was interested in how intelligence is a form of liberty; it traverses boundaries, and moves unconfined past categories, labels, disciplines - aggregating, questioning, drawing together seemingly disparate entities in such a way as to reveal them as not so disparate after all, but angles into the same, ongoing conversation.

Like many of us over these more recent years, much of what he saw of the direction of his own country would have seemed a bitter pill. But he was a fighter, and in his own way a child of laughter, of joy, and possibility. It seemed he never lost sight of the world’s goodness, just as he never tired of the vast and sprawling view from the loft he and Joan moved into after their years with Anabel Lee. There was the delight in the material world, in the sheer ability to cast the eyes outward, to see.

A decade ago, Michael and I had new books coming out around the same time, and we decided to hold a shared book party. It was the kind of situation in which I felt shy and awkward, but Michael’s graciousness swept much of that away. I understood he felt a genuine affection for my book and was aware of the more recessive aspects of my character involved in the writing of it – this calmed and touched me. He was a very busy person, but he noticed such things. Sometimes I wondered if this was partly due to his having been an only child. I remember, too, how he made sure there was lots and lots of champagne.

I am thinking now about Poe’s Annabel Lee, how the poem describes a love so deep and enduring that nothing, least of all death, can kill it. It reminds me of the way Michael loved his city, architecture, the very notion of space, forms, human striving.

Note: Michael Sorkin (1958-2020) was an American architectural and urban critic, architect, and educator based in New York City. An author of numerous books on architecture and urbanism, he was also the principal and founder of Michael Sorkin Studio, working across the disciplines of design, criticism and pedagogy. Michael founded Terreform in 2005 to further the mission of more equitable, sustainable, and beautiful cities for our urbanising planet. All of Terreform's multiple books are published by its imprint Urban Research, where he served as the Editor-in-Chief. Leaving a remarkable oeuvre and a much inspiring legacy behind, he passed away on March 26, 2020 in Manhattan, succumbing to complications resulting from COVID-19.

Architects, designers and artists we have lost to the novel Coronavirus 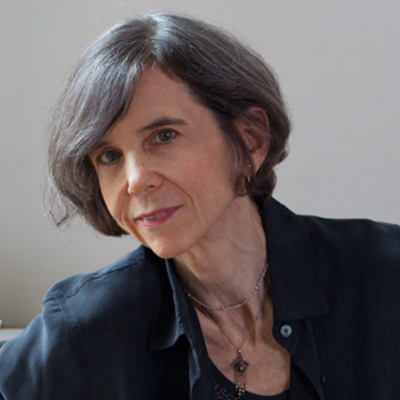 Laurie is the author of two fictions, A Monster’s Notes and Island of the Mad, and five books of poems. She is a professor in the graduate writing program at The New School in NYC.

Laurie is the author of two fictions, A Monster’s Notes and Island of the Mad, and five books of poems. She is a professor in the graduate writing program at The New School in NYC.

For Portia Munson consumerism is a site to decipher violence on ecology and feminism Oct 02, 2022

The exhibition 'Statecraft (and beyond)' presents alternative models of statehood Oct 07, 2022