Design education in India: An experiment in modernity

Prof. Ashoke Chatterjee, at the Frame Conclave 2019 in Goa, discussed how design education has evolved over the years with respect to nation-building.

As the first experiment of its kind, initiated at a time when the concept of professional design practice was unknown to the Indian market, the NID (National Institute of Design) experience would receive global acknowledgement for its courage and quality. In time, with tectonic shifts in policies and markets, design education has become an aspirational magnet for young talent. With spread and new opportunities come a critical challenge: what finally is the purpose of design education, and whose interests will be its priority tomorrow?

In a country with an unbroken history of design stretching back thousands of years, the decision in the mid-1960s to ‘introduce’ design as professional education required audacity. Despite its ancient legacy, there is no word in any Indian language that quite captures what today is understood as design, as a problem-solving attitude and process. Yet, both the attitude and the process informed India’s struggle for freedom through the thinking and the action of Rabindranath Tagore and Mahatma Gandhi. Neither used the term ‘designer’, yet rural reconstruction efforts at Shantiniketan and subsequent Swadeshi and Khadi movements are among history’s greatest design stories. With independence and the tragedies of partition, the challenge of rehabilitating millions was taken up by Kamaladevi Chattopadhyay and others through craft interventions, which then demanded design for contemporary need. This led to marketing efforts, which in turn stimulated India’s design pioneers.

Craft also became a vehicle in free India’s cultural diplomacy. In 1955, an exhibition was curated by Pupul Jayakar for the Museum of Modern Art (MOMA) in New York. At MOMA, Jayakar encountered the Los Angeles design team of Charles and Ray Eames. Their conversations on India’s cultural legacy and the choices inherent in aspirations for modernity would lead to Jawaharlal Nehru’s invitation to the Eames to visit India in 1958. From this visit emerged the India Report, recommending the establishment of a system of design education that could draw on heritage as well as on world knowledge in the colossal task of nation-building. The India Report would become a global classic, popularly identified with its selection of the lota as a supreme example of industrial design understood and practised as ’service, dignity and love‘.  These values were to underpin and challenge an Indian experiment in education for modernity. It is a challenge that has lasted to this day.

… no one man could have possibly designed the lota. The number of combinations of factors to be considered gets to be astronomical – no one man designed the lota but many men over many generations. Many individuals represented in their own way through something they may have added or may have removed or through some quality of which they were particularly aware. The hope for, and the reason for such an institute as we describe, is that it will hasten the production of the ’lotas’ of our time. By this we mean a hope that an attitude be generated that will appraise and solve the problems of our coming times with the same tremendous service, dignity and love that the lota served its time. – Charles & Ray Eames, Los Angeles, The India Report - 1958

The National Institute of Design, founded in 1968 and inspired by the Bauhaus, sought its roots and relevance in Indian soil. It was the first experiment of its kind, anywhere. Established in Ahmedabad under the mentorship of Gautam and Gira Sarabhai, NID’s initial task was to innovate inter-disciplinary curricula in several key disciplines and to build the first cadre of Indian design educators. This demanded experimentation and an openness for which established systems of specialisation in higher education were unsuited and even hostile. NID’s founders moved their experiment under the then Ministry of Commerce and Industry, offering room for real-life ‘learning by doing’ while denying NID the security of degree-awarding UGC (University Grants Commission) systems. It took even greater courage for NID to innovate design education at the school-leavers level, giving India yet another first in its quest for openness to inter-disciplinary learning, free of fixations with specialisation. There were to be no exams, no mark-sheets, no ranking – real-life clients would decide if one passed or failed, and failure was not to be a stigma. Instead, all learning would come from experience and the ability to start again and again, each time with fresh insights. By the mid-1970s, the first products of this experiment entered an Indian market unfamiliar with design as a professional practice. They were armed with diplomas, not degrees. As NID educators held their breath, employers proved welcoming of this cohort of young professionals, each with a body of work as evidence of professionalism. Not then nor later would employers demand a ‘degree’.

As back-up to its educational philosophy, NID undertook professional assignments in which educators and students worked together as mentors and apprentices. The first of these was Jawaharlal Nehru and His India, the exhibition designed by Charles and Ray Eames, which toured the globe in the 1960s, giving NID exposure and building its faculty through hands-on teamwork involving many disciplines and sources of knowledge. This would be a template for NID service to industry, ranging from village crafts to machine tools and space research demanding constant familiarity with new and emerging technologies.

The quality of the NID experiment drew global attention, and with it recognition so often denied at home. In 1979, the United Nations asked NID and India to host its first design conference: UNIDO-ICSID-INDIA 79. This culminated in the historic Ahmedabad Declaration on Industrial Design for Development, which fifty years later has been recalled as a milestone in awareness of what today is understood as sustainable development.

In the decades that followed, design education spread across the country. From two design schools in 1975 (NID and the Industrial Design Centre at IIT Powai) to over 200 today with such claims. With introduction of the NIFT (National Institute of Fashion Technology) network in the 1980s, fashion became a powerful element within India’s design firmament, and is perhaps the dominating image of design in many young minds. Design alumni went out to establish pioneering design practices that would soon match the best anywhere. Yet with growth and spread has come the challenge of quality and of the values upon which the Indian experiment was once founded. Technology too has transformed the industrial and pedagogical landscapes. From a protected market of the 1970s, design now enjoys the stimulus of a competitive, open market that is perhaps the largest of its kind in the world. Huge opportunities await the Indian designer, and with opportunities come serious concerns.

Design education was introduced to help lift the quality of Indian life. Yet studies at NID and elsewhere indicate that despite the market boom, design service touches only some 2 per cent of Indian lives. Agriculture and social sector remain outside current client systems, even though these represent the largest sectors of design need. Pressures for numerical growth threaten the systems of design education that once made India a leader respected for its courageous innovations. With design as a prized and aspirational career option has come the possible eclipse of design valued as ’service, dignity and love‘. The challenge today is to understand whether design education in India can continue to lead as a global demonstration of quality and sustainability. Or will it instead become a follower, mimicking what others regard as ‘world-class’?

The life of Gajanan Upadhyaya, the man who shaped Indian furniture design 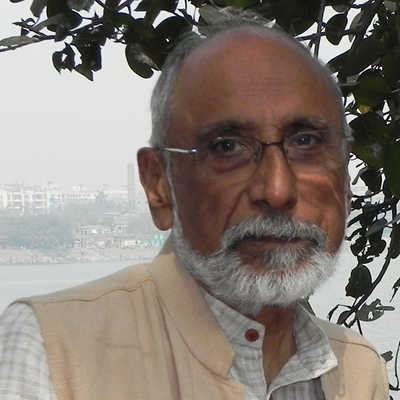 An alumnus of St Stephen’s College and Miami University, he served 25 years at NID Ahmedabad, worked for development institutions, and was the President of Crafts Council of India for over 20 years. An author and writer, he has written books on the art of Shanta Rao, and empowerment efforts among deprived communities in rural Gujarat. He continues to assist design education, and is the Adviser at Ahmedabad University’s Centre for Heritage Management.

An alumnus of St Stephen’s College and Miami University, he served 25 years at NID Ahmedabad, worked for development institutions, and was the President of Crafts Council of India for over 20 years. An author and writer, he has written books on the art of Shanta Rao, and empowerment efforts among deprived communities in rural Gujarat. He continues to assist design education, and is the Adviser at Ahmedabad University’s Centre for Heritage Management.

'Bodies at Sea': an archival exhibition by Devika Sunder and Studio Slip in Bengaluru Oct 11, 2022

Madness in the Metaverse: FWENCLUB’s ‘MOAR’ by the inimitable Joan Cornellà Sep 03, 2022