Diversity in living – a changing lifestyle

As we witness a paradigm shift in people’s lifestyles, their idea of a home and the way they live is slowly evolving from personal to more communal.

Gone are the days when there were tight norms around the way people should live. We live in an information society and simultaneously get ideas and innovative solutions from all over the world.

With rapidly growing urbanisation, it has been estimated that by 2050 about 70 percent of the population of the world will live in the cities. Most likely, homes will become more expensive and smaller. There are other reasons too behind people moving into smaller homes. Young people especially seem not to care about status symbols anymore. Many live in smaller homes they can afford because they wish to work either part-time or remotely, and dedicate time to spending some months a year travelling. Wanting to lead a more sustainable life makes more and more people wanting to move into more compact homes and getting rid of clutter.

In the cities, there are still big gardens and ample amount of land in the yards. Mini houses built in backyards are one solution for the need of new homes. They do not have to be permanent either.

Toni Golz is a Finnish civil engineer, who got fed-up with intensive and unhealthy building production. He created a Luomukoti, which translates into an organic home. The almond-shaped little Luomukoti is built entirely using natural materials such as Finnish spruce and pine and it is only 12 sqm in size. There is no plastic or chemicals. The house is meant for year-round living in the north and is insulated with hemp. For Golz, the best part though, is that it can easily be moved anywhere with a car, which means freedom. If you work in another city, you can take your own home with you.

With smaller private homes, bigger communal spaces, ‘common living rooms’ are being built into many apartment buildings. There is often provision also for small studio flats that can be booked for a visiting friend, a relative or mother-in-law, in the case that one's home is too small to accommodate guests.

In some cultures it is difficult to get your first ‘own’ place after moving away from home. In Finland, it is now possible to pay part of your rent by doing tasks for the elderly in the neighbourhood. This has turned into an excellent way to getting to know people from different ages and backgrounds, and engaging with the community.

Pop-up culture is becoming evident in housing as well. Especially in younger generations that do not necessarily need a place for years to come. Rents are usually sky high in the heart of the cities as well. A developer in the UK has come up with a solution of turning empty warehouses to communal housing. Property Guardianship is a new style of housing, which allows people to rent buildings that are abandoned and about to be developed. Guardians have their private bedrooms but share the kitchen and bathroom spaces, and in some cases even have access to photography studios etc. When moving in, there is no tenancy contract, but rather a license agreement is signed, meaning that the guardians will have to move out when the building eventually will be developed. However, the rent is significantly lower compared to usual prices and includes all utilities, such as electricity and gas.

Some European countries have very strict rules and regulations around building, and therefore, building designs and construction are mostly standardised. Some people do not buy that any more. Many like-minded people have gone as far as designing and making their own apartment buildings – to ensure their space conforms to their needs and more elaborate decisions on how they want to live.

Those who can afford it can buy services along with the home. How does it sound to have all the services of a luxury hotel combined in the privacy of your own home?

Dating and being in a relationship has changed as well. Online dating services are thriving as there are so many singles looking for a partner around the corner and from other countries. With cheap flights, remote work rising and streaming services getting cheaper and more common, one wonders if couples will soon start living-in lesser. Perhaps, a time will come when couples would want time away from one another and will choose to communicate through a virtual wall from different parts of their living room.

The ancient system of subletting rooms or spaces might also alter. Airbnb has certainly changed the way we let strangers come into our homes. Maybe in the future we will rent an apartment for the first half of the month only and someone else would move in for the latter part of the month. The concept of privacy appears to be changing as well.

The need for diversity and sustainability is clearly getting stronger. The Neste oil company has built Nolla Cabin, designed by Robin Falck, a beautiful low-impact dwelling, which represents an ecological alternative to cabin life. The design is based on self-sufficiency and renewable solutions – thus generating minimal to no emissions. Nolla, which translates to zero, can be rented as an Airbnb.

Another sustainable solution from Mumbai, India, has taken a step even further. KNS Architectures’ Urban Forest is an award-winning proposal for a co-working space that also features housing facilities. The designers recognised a future need for a place that was “sustainable in nature, housed community spaces and had personal as well as public spaces.” A circular space is lined by ‘pods’, individual offices that together form a ‘nest’. The 17 sqm pods are designed so that they are suitable for individual work as well as collaborating, socialising and even meditating.

A nest is comprised of 40 pods in three levels and creates an area of 2400 sqm. This gives each person working there 60 sqm of individual and social space. All of the pods in one layer more or less face each other, creating one large social area in the middle, increasing sociability compared to a typical linear office arrangement. The benefit of this would be having a “community driven work space that enables activities and accommodates human ethos.”

The Urban Forest consists not only of the nests, but relaxing spaces too. Green areas, spas and even yoga studios can be found in the Urban Forest, giving workers an easy way to de-stress.

This idea may be proposed for the future, but what is interesting to note is that the future is approaching at an overwhelming speed and habits are evolving faster than we can imagine. So it won’t be late before tomorrow becomes today. 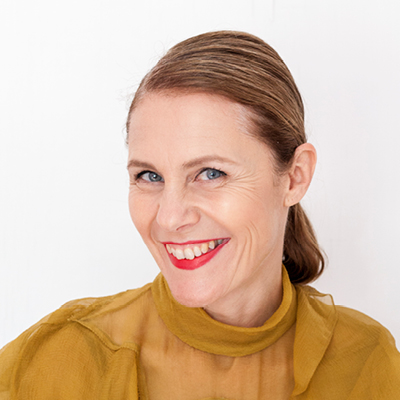 As a trend analyst, Susanna is an expert in identifying changes and finding new phenomena. Her passion is to uncover possible futures, connect the dots and put her findings into a larger context. She is also a futures thinker, strategist and designer, who travels the globe and takes part in design fairs as a journalist and keynote speaker. She also teaches design schools, curates exhibitions and creates phenomena reports.

As a trend analyst, Susanna is an expert in identifying changes and finding new phenomena. Her passion is to uncover possible futures, connect the dots and put her findings into a larger context. She is also a futures thinker, strategist and designer, who travels the globe and takes part in design fairs as a journalist and keynote speaker. She also teaches design schools, curates exhibitions and creates phenomena reports.

ASA North transforms a 1920 beer distillery into a contemporary museum in Tehran Oct 26, 2022