Fantasy by construct: The Architecture Model Museum in Shanghai

A visit to the Wutopia Lab-designed Architectural Model Museum, an innovative and focused new addition to Shanghai’s burgeoning collection of exhibition spaces.

As of 2018, Shanghai boasted 131 registered museums, making it one of the world’s most museum-dense cities. That number has continued to rise with high-profile newcomers like the West Bund Museum designed by David Chipperfield and from Jean Nouvel, the Museum of Art Pudong.

Riding the wave were smaller museums and galleries with specialised programmes, including one which houses only architectural models, a concept though not new – the museum’s owner has credited Archi-Depot, the museum for architecture in Tokyo as inspiration – but is rarely realised. Instead of mimicking the Depot’s functionalist, warehouse-like spaces, Li Hui, the founder of Fengyuzhu, a heavyweight in digital technology and virtual display has other ambitions for his brainchild.

The history of architectural models began not long after men learnt how to build. In China alone, hundreds of clay miniatures of houses were found in Han Dynasty (202 BC-220 AD) tombs. While they often stand in for absent buildings, models are valued not only for perceived accuracy or propriety but the potential to exemplify. Christopher Wren’s Great Model for St. Paul’s Cathedral is widely deemed more perfect than the architecture which came into being. When great houses of wood and stone are eroded, lesser objects survive to memorialise their wonders.

John Soane, Britain’s collector par excellence, hoarded so many such objects that his house in London became a pilgrimage site for architects. During his time, models were already tools which aided in both design and pedagogy. The museum in his name allows an intrusive look into the architect’s workshop and domestic chambers which were eventually made public property and database. Not merely a historical archive, a place like this is also a monument whose agglomerated objects speak to grander themes – whether by celebrating an individual oeuvre like the Richard Meier Model Museum in New Jersey or constructing a national allegory like the Schusev Museum of Architecture in Moscow.

Located in the headquarters of Fengyuzhu Culture Technology Pte Ltd, the Architectural Model Museum in Shanghai is open to the public who may schedule visits through an online platform. Perhaps to echo the company’s investment in the futuristic and the unreal, the museum does not equivocate about its high-flown visions. The architect Yu Ting of Wutopia Lab, a Shanghai-based office found the challenge right in his comfort zone. For some years, he has made wonder and complexity core tenets of his work. Calling the museum 'the Last Redoubt', Yu demonstrates affinity for the fantastical genre (the name derives from William Hope Hodgson’s novel, The Night Land, a work based on the Dying Earth presumption).

At the entrance is a foyer where events and ad-hoc exhibitions can be held. It displays models from Atelier FCJZ, an independent practice credited as China’s first, founded by the architect and educator Yunho Chang. In the vein of Modernist forebears like Mies and Le Corbusier, Chang fabricated his models with cardboard and plexiglass. Projecting from a reflective ceiling, spotlights which track movements cast a soft glow on pedestals as viewers approach. Eventually as people exit into the main exhibition spaces (which the architect calls the ‘inner city’), endless stacked shelves and thin tubes sprawl and rise like the mirage of a high-rise city.

A floating mezzanine criss-crosses as the architect attempts a feat of verticality in constraint. The porosity of tube-lined façade with large openings makes a voyage of views, where some models are framed and brought into focus. Visitors roam like fleeting stick figures who are lost in a forest of white, 32mm painted steel tubes and painted plywood racks, recalling the flimsy materials that architects toy and toil with when making models. There is an intention to dilute the real-world sense of scale, capped off by the absence of structure and detail (which Peter Eisenman achieved with both cardboard models and his building). As with any work in progress, there are empty shelves awaiting new collections.

The models on display represent primarily projects in China and most of them by architects based in the country. Many can be termed 'presentation models' - made at various stages of a project and intended as exhibits or collectibles. They include sectional models showing construction details which simulate the actual building. On the other hand, the model of a timber roof from ArchiUnion furls into a Mobius ring above a mirror, frozen in its essential, unfathomable form. Projects presented vary in scale and nature, from skyscraper to teahouse, covering an impressive range of who's who in contemporary Chinese architecture.

There are four meditative spaces at the museum’s four corners colour-coded by the Mondrian palette. One of them a red room named 'Olympus' with slit windows providing a view to the outside; the other a circular 'Pantheon' housing a Brancusian sculpture – a flight of staircase rising into Ether. Like scenes from a sci-fi movie, compelling visual and spatial gestures momentarily warp the monotonous, modular condition a visitor would have by then been accustomed to. There is a strong presence of individual daydreaming that unsettles the museum’s dizzying neutrality and repetition, whereas the incoherence of space and programme makes the whole experience rather uncanny. Inserted literary narratives read better as moments of surprise than as blueprint of an imagined dimension.

In contrast to the more spectacular, a space called Tyrell – a nod to Blade Runner – feels like a fragment from someone’s memory. Its dark interior is lit only by light filtrating through perforated steel panels. Like tiny butterflies pinned to a wall, tiny spots of luminance attest to the most primitive yet irreplaceable element of architecture.

The ultimate intrigue lies in how technology augmented the experience of space: a mechanised wall whose modular patterns mutate occasionally, and radar sensors which follow the exhibit that a person is viewing leverage the client’s expertise. Like a whisper from the back of the head, it is an affirmation of the future that we anticipate but fear. The looming city governed through machine. After all, the human act of making models is analogous to postulating what is yet to be and ironically, what can be better.

For better or worse, the whole museum is a construction site of an alternative reality expressed through transparency and thinness. It quite aptly then, sums up the whole venture. Regrettably, the way models are shown falls short of breaking the last constraint – that of physical distance. Some pieces are placed on pedestals so far and high that one can only assume their insignificance. If I were to make an imaginative conjecture, that diminishing can be reversed before the eye like a holographic ghost.

Seeing architecture as a continuous development of ideas: from father to son 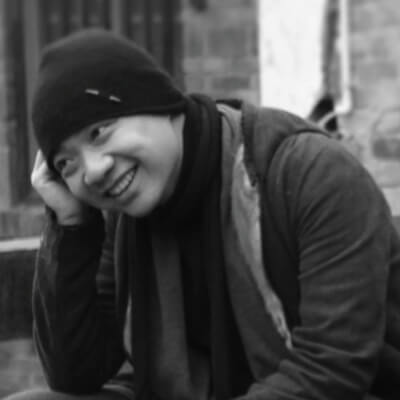