No walkable city. No sustainable development. Without its essential controls, Transit-Oriented Development is a chaos of ugly skyscrapers, writes architect Narayan Moorthy.

While we are all trying to come to terms with life in the new world of social distancing amid the COVID-19 lockdown — just after we got over the huge societal disruption over the CAA-NRC, there is something equally as large afoot which many of us, mere citizens, have not even noticed — very arguably venal and socially irresponsible moves by a government agency that could potentially destroy the very cities that we strive to survive in. These are moves that seem to be for the surreptitious self-enrichment of a few entrusted by us in public executive positions. It may be time to wake up to this reality and do something before it is too late.

Social scientists have all accepted that cities are going to be the inexorable lived realities of the future for most of us as the world urbanises. (1) There is an inescapable logic to the fact of a city: a social structure that has very finely divided the skills needed from individuals for the successful enriched survival of the whole needs a large city as the natural crucible for this complex society.

A city is an agglomeration of individuals who have moved there to each in their own way enable the lives of others — while making a living for oneself and one’s “Indian family unit” (typically consisting of one’s parents and siblings too). Cities are thus necessarily voluntary, equal and democratic. Many a plutocrat is as much an immigrant as the street hawker or labourer.

Enabling the patterns of everyday lives of these diverse immigrants, thus, becomes the crux of any success in coexistence. An urban collective can only succeed if it makes space for the servants who serve their plutocratic master, for the labourer who constructs those swanky condominiums, for the vegetable seller and the mobile phone shopkeeper. And for this physical collective, it becomes critical to have a physical Master Plan.

Belonging as we do, to the ancient civilisation of precisely planned cities of great antiquity, Dholavira and Mohenjodaro (2), as well as to the one that birthed the more recently planned city of Jaipur in the 1700s, one would imagine that masterful planning of our cities would be imbued in our very genes. However, the reality of our cities today, as we all know, is far removed from this ideal.

Having inherited a fair number of cities through fairly successful colonial urban planning, the first few decades after Independence saw an amount of thought and effort devoted to this crucial aspect. Just a decade after 1947, the Delhi Development Authority (DDA) came into being and became a pre-cursor to numerous such “authorities” : MMRDA/ KMDA / BDA/ CMDA/ AUDA/ IDA et al. Formed around similar noble ideals as in the case of DDA — “to promote and secure the development of Delhi”, somewhere along the way the path seems to have been lost. Whether due to the laziness and neglect of the bureaucrats, whether due to the venality of those entrusted by us who conjoined with others from civic society to exploit rising land values and opportunities, whether due to the somnolence of our near illiterate urban politicians…whatever.

The National Transit Oriented Development (TOD) Policy (3) was, or seemed initially to be, a masterful attempt at reorienting the now lost Master Plans of our cities to modern needs. Recognising that methods of movement, a.k.a transit, had become core path-givers to any future re-imagination of cities — as millions move each day from residence to work, for education, trade et al. The gestation of this policy has, however, taken decades and it is still being contemplated — with very few schemes actually undertaken. While the average citizen awaits his coming into being to see how well they work, the habitat professional waits to see if the details of the policy need tweaking once converted into an inhabited reality. But we all have suddenly woken up rudely to some recent insidious moves that have passed unnoticed in the mayhem our country has been for the last few months.

Steeped in the dark arts of the tricks of the Steel Frame of Administrative Services inherited from our colonial masters, our bureaucrats have become masterful in the concealment of their true intent—whether at changes to our laws or to the structures of our cities. Cities, which, unfortunately, given soaring Indian land values and acute space scarcity, have become potential generators of massive surreptitious riches for a few who learn to game the system: even as they remain the only hope of an equitable life for many.

Hidden thus, in plain sight, was one such public notice by DDA in early 2019 that, within the typical double speak of such bureaucratic notices, called for drastic changes to this TOD policy. Changes that seek the dilution of the Bye Laws that govern development in the city of reference, in this case Delhi since moved by the DDA: but once the Policy stands changed the inexorable dilution will seep to every city where it is implemented, every city that is, that has a Metro or a BRTS or any new transit method. Concealed in these changes were massive dilutions to the original equitable mores of the very first TOD policy (somewhat akin to that innocuous 'tender notice' a few months later, hidden on the side margins of gloomy pale grey daily newsprint, that called for everything but innocuous drastic reimagining of our core national space of the Central Vista).

Sadly, this DDA notice of 2019 seems not have been “noticed” — not by us hapless common citizens of course, but as it now amazingly turns out — not even by even the core people who devised the original TOD policy on behalf of the government, and had very carefully woven in checks and balances mindful of motives of social and economic equity, environmental and natural factors, heritage precincts and monuments, and the diverse other things that need to be kept in mind. This unnoticed Notice seems to have gone through the paces of the usual sham “public hearing” where everything eloquently voiced by concerned citizens is shown to the usual dust-heap of mere “common citizens’ needs/ wants/ ambitions” by being studiously ignored. Thus, the draconian changes intended have been embodied “indelibly” via the usual Gazette Notification, this one in December 2019.

While we may have thought we may be too late to do anything about this debacle, for once we can give thanks to the usual ineptitude of our bumbling bureaucracy. It now turns out that they quite forgot to remove various stray references within diverse other clauses that will form rather neatly placed stumbling blocks to the gazette notification of December 2019. This new notice thus gives us a renewed chance to interject.

To give you an example of what we “nearly” missed and can now seek to correct: the modifications made have sought to now enable the complete drastic redevelopment (with a stupendously congested FAR of 500!) of hitherto preserved historic zones of Delhi like the national Central Vista, the colonial leafy environs of both the Lutyen’s Bungalow Zone and Civil Lines, the Walled City of Shahjahanabad — freeing these areas of critical heritage and/ or environmental richness for exploitation by anyone who owns a mere 1 Ha ( 2.5 acres) of land there. Land that we know many of the traditionally wealthy or government departments may easily own.

Another instance of a no less remarkable dilution is the fact that while the original TOD policy called for a reservation of 20 per cent of the land being redeveloped under that policy for public spaces for parks and open spaces freely accessible to all, including outsiders: this is sought to be removed in the modifications proposed. No such barrier sits across the developing entities greed to maximise profit. A third instance is a clause that called for reservation of another 20 per cent land for public roads and road widening has also been removed.

A last breath-taking deletion is the removal of a clause that called for a minimum half of newly created space in the new “development” enabled by this TOD policy to be reserved for scarce residential units, set a maximal size of 700 sq.ft., half of that being reserved for units below 430 sq.ft. — thus giving the more modestly endowed among us an opportunity to stake a claim to a place in their “own city” (as opposed to the furthest dusty far flung suburb). Thus freeing up all valuable core urban zones from any lower middle class occupation to be developed as the now ubiquitous 2500-10,000 sq. ft. condo, yet another five-star hotel or mall.

Even the clauses that hitherto allowed for Public Objections and Public Hearings are sought to be removed.

While the custodians we empowered to hold our public lands in public trust seem to be hell bent on monetising them with no thought to larger public good, we have been allowed a window to still prevail: or if not prevail, to at least voice our objections. We need to rise to the occasion before it is too late for even this.

If this issue finds resonance with you please join us by voicing your objection at Let India Breathe.

‘City for All?’ public art festival questions who builds our cities, and for whom

Mapping City For All?: a public art festival questioning the role of gender in cities 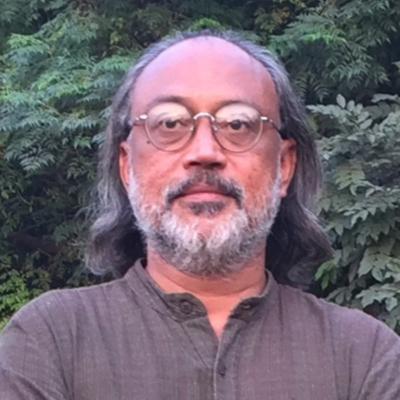 Narayan is an architect living and practising in New Delhi and one of the members of LokPATH, a loose collective of over 350 citizens from diverse walks of life - from homemakers to sociologists via habitat professionals - people who have come together in the past five months to seek appropriate transformations of habitat.

Narayan is an architect living and practising in New Delhi and one of the members of LokPATH, a loose collective of over 350 citizens from diverse walks of life - from homemakers to sociologists via habitat professionals - people who have come together in the past five months to seek appropriate transformations of habitat.

Aedas’ twisted tower design in China is evocative of the northern lights Sep 19, 2022