The 38-year-old Kyivan sheds these titles while fighting against demolition of historic buildings, preparing rescue kits and creating an emergency housing plan within just 10 days!

Slava Balbek is many things – the recipient of multiple design awards, an architect and designer, an iron man and Oceanman competitor, an ultimate frisbee player – but when push comes to shove, he is a self-described “man of action”. Once the war broke out this past February in Ukraine, Balbek began making evacuation trips for anyone who needed to reach Western Ukraine for safety. “For the first few weeks, I didn’t set myself out as an architect or a designer. I just had a car,” Balbek told me over the phone from Kyiv.

A few days before the upscale of the Russian invasion began, Balbek decided to make the switch from speaking Russian to Ukrainian as a sign of resistance to the threats coming from across the border. During the Soviet Union, Russian was the only language allowed, and until the Revolution of Dignity in 2014, there had never been a real motion to reclaim the Ukrainian language. Little did Balbek know, however, the impact his Instagram pledge would have on others. "I just said: 'Guys. I am switching to Ukrainian. Please help me out with this.' And people read this like, 'let's do it together'," he recalled. "They started making posts and [saying] they are switching like Slava Balbek – it was actually a really big movement.” It was such a pivotal moment for him, personally, and the accountability of so many made it all the more impactful. He mentioned the impressions he got from completing his first 'Ironman' - or receiving first prize in an international design competition - didn’t even come close to the 60,000 likes of this post.

On the second day after the first bombings, Balbek went to join the territorial defence and was turned away because they were at capacity. “This was actually a good thing, because I am so much more effective with my own team of volunteers.” Headquartered at Cafe Dubler in the Pechersk district, and co-owned by Balbek, Kyiv Volunteer now consists of 25 restaurants and three bakeries who feed around 12,000 people everyday, including the Armed Forces of Ukraine, the Territorial Defense Forces of Kyiv, hospitals, orphanages, maternity hospitals, and the elderly. “I have so many friends who just gave me the keys to their closed restaurants to use their kitchens.” The team of volunteers first emptied out all storage and refrigerators to prevent any food waste. The drivers going out to deliver to neighbouring regions like Bucha or Irpin, received emergency training and were equipped with helmets and bullet-proof vests.

Simultaneously, Balbek and his architecture office worked on a solution for housing the millions of displaced people throughout Ukraine with the underlying idea: “dignity, no matter what”. The concept and development plan, titled 'Re: Ukraine System' and put together in just 10 days, is a series of temporary housing (each unit with an area of 6.6 m x 3.3 m) set within villages with shared indoor and outdoor spaces. Research on other previously-built emergency housing models helped provide inclusive and humane design solutions for a dignified experience. “The main thing is that there remains a short connection to their [original] homes, their vegetable gardens and their friends who are still alive,” Balbek explains. “We discussed this with the guys who left Bucha and Irpin and we understood that we needed to build nearby their village because if you go far from your home and then stay there for a year or two then you will never come back.”

Additionally, as part of 'Re: Ukraine', the team has begun designing encircling structures to preserve historic monuments throughout cities in Ukraine like Lviv, Kharkiv, and Kyiv, some of which were haphazardly wrapped for temporary protection. Solutions in the past included the brick capsule-like structure built to protect Michelangelo's David in Florence in 1943 or the sand-bag wall put up in front of the Da Vinci’s Last Supper mural in Milan in 1939.

In his press note, Slava elaborates, “We analysed the experience worldwide in the development, construction and maintenance of temporary settlements. Therefore, we have developed a flexible system that can be adapted to different types of terrain, landforms and settlement density. Because time plays against us, the system is designed to be implemented in a short amount of time. Families who have spent several weeks sheltering in school gyms and metro stations need to find homes as soon as possible, even if those homes are temporary.”

According to the UN, more than 11.6 million Ukrainians have been forced to flee their homes since the start of Russia's full-scale war against Ukraine. These are 4.5 million refugees who have had to go abroad in search of safety, and 7.1 million internally displaced persons who have found refuge elsewhere inside Ukraine. Some of these people have been forced to relocate for the second time in eight years since Russia annexed Crimea and temporarily occupied regions in East Ukraine.

The modules, regardless of layout, have the same area (6.6 m x 3.3 m) and are grouped into self-sufficient residential sections. For the basic comfort of the residents, each section has at least one bathroom, kitchen, and a common space for relaxation and socialisation.

Residential sections are grouped into full-fledged neighbourhoods with playgrounds and green areas. If necessary, the quarter can be scaled to the size of a town, which can comfortably accommodate more than 8,000 people. The cost of the project is estimated at about $ 350-550 / m2.

As we are speaking on the phone, Balbek modestly mentions he is preparing for a presentation in 40 minutes to show the refugee homes "on some government level.” He was in fact meeting with president Volodymyr Zelensky, to whom he also presented their next project: a new bridge adjacent to the one bombed in Bucha which will remain in place as a memorial of war.

The 38-year-old Kyivan often sheds the title of architect or designer when coming together with a group, whether it is for fighting against the demolition of a historic or modernist building or these days, preparing emergency kits, evacuating civilians, or cooking meals. He usually, if not daily, opens up the conversation on his Instagram stories through Q&A's and surveys. It all feels very collaborative and selfless. He is always listening rather than directing or indoctrinating. And the one thing that is common among all Ukrainians is they will promptly come together in response to a crisis or towards an ideal with no room for analysis paralysis. They act on the spot and, together, fuel an unstoppable energy between them. And in this sense, Balbek is just one of the pack.

Songs from the cellar: Ukrainian creators bare their hearts ahead of Triennale Milano 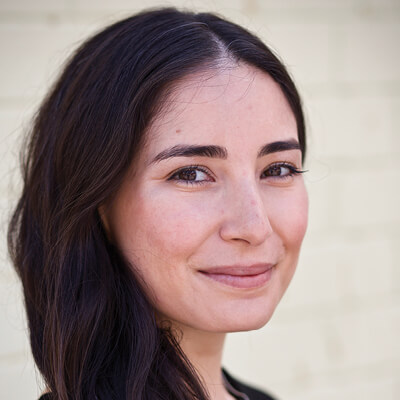