The London-based practice’s Holmes Road project in Camden cuts down on gloomy corridors and opens up green courtyards to change the social-housing narrative.

Homelessness in the UK has doubled in the last five years, with one in every 52 people in London now having nowhere to live, according to the charity Shelter. The immediate causes of this situation are no mystery: a policy-stoked housing bubble combined with relentless pressure on council finances - they have been forced to cut their housing budgets by an average of 48 per cent since 2010 - have created an inevitable crisis. The roots of the problem run much deeper, however, going back to Margaret Thatcher’s introduction of the ‘Right to Buy’ for council tenants in 1980.

In the recent years some local authorities have been fighting these trends and pushing back against the austerity of the government. Some have set up their own arm’s-length development companies in order to augment their dwindling budgets and to evade restrictions on borrowing. Others, such as Camden Council in London, have started building social housing again themselves, as well as homeless accommodation. Although the numbers of units produced do not even compensate for the stock lost each year through right to buy, there have been some notable successes in architectural terms, with a few of these bodies enlisting the help of inventive designers to work on their projects.

Foremost among these in London is Peter Barber, whose small office has been producing creative housing in the capital for over a decade. The practice first came to prominence with its Donnybrook Quarter development, a group of 42 dwellings completed on a small plot in Bow, East London, in 2006. The project intriguingly combines sparkling white modernist aesthetics with a decidedly postmodernist return to the traditional British urban typology of back-to-backs - that is, parallel rows of terraced houses that back onto each other’s gardens. The dense and complex spatial arrangement of the dwellings within this basic layout recalls the original Mediterranean models of the first generation of modernists, and introduced a strikingly alien note to an enduringly drab and deprived part of London.

More recently, Barber has moved on from this gleaming aesthetic, tending instead to work with the yellowish brick that has become the standard (almost mandatory) material for builders seeking a smooth passage through the capital’s planning process. But this does not mean that his buildings have grown any less interesting. Last winter, the practice completed a facility for the accommodation of homeless people at Holmes Road in Camden. Taking inspiration from another historic building type, the almshouses that provided charitable housing for the British poor from the late Middle Ages, Holmes Road consists of accommodation for 59 people, much of it in tiny, individual units laid out around a central courtyard garden.

These little houses, their separateness emphasised by brightly painted doors in different primary colours and the wavy, 'crinkle-crankle' roofline, are intended to provide residents with a sense of self-sufficiency often lacking in homeless hostels. Each one has its own small kitchen and a sleeping platform beneath a barrel vault, endowing the admittedly rather cramped quarters with a sense of spatial excitement. As with previous projects going back to Donnybrook Quarter, Barber has achieved an unusual degree of density combined with generous common areas by cutting out circulation spaces such as corridors, which are often gloomy and grim in such facilities, and replacing them with outdoor circulation instead. In this instance, he hopes that the courtyard will also be used as a community garden, giving the residents a chance to relax and get to know each other by caring for plants together.

This is not Barber’s first foray into homeless accommodation; he has previously designed another hostel for Camden Council at Mount Pleasant, which was completed in 2014. In this former instance, an older building was retained, but the transverse block that previously crossed its courtyard was removed in order to open up a more generous, communal space. As at Holmes Road, this obviates the need for gloomy corridors and gives the residents somewhere more pleasant to congregate. Barber also livened up the Victorian hulk of the extant building with quirky touches, such as a brick arch and a trompe l’oeil quatrefoil window. Such details, which he has continued with the almost Rossi-esque oculi that pierce the back wall of his courtyard at Holmes Road, endow his buildings with a rich texture, and easily compensate for the somewhat meagre approach to materials and detailing necessitated by the tight budgets of such projects.

In the case of Holmes Road, Barber recounts that after making the case for a relatively expensive type of brick he left other specifications to the builders, since such details are, he explained, often whittled away in any case. This lack of preciousness is refreshing; in its place we are left with the impression of an architect who devotes his energies to the important stuff. 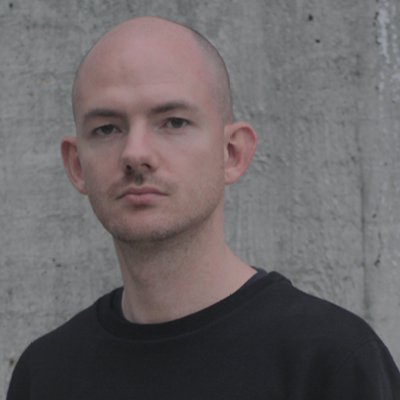 Amsterdam Light Festival welcomes all to ‘Imagine Beyond’ Jan 07, 2023