In views from leading architects, Anupam Bansal (ABRD Architects) writes on the recent Supreme Court judgment that does not prohibit unregistered practice of architecture in India.

The judgment, which is a direct outcome of the interpretation of the Architects Act 1972, has not come as a surprise; in fact, the opposite would have been a miracle. Having practiced architecture for two decades, we often compete with unregistered individuals and companies in supposed contravention to the Architects Act. To put things in perspective, the Architects Act was enacted in 1972. While there were minimum standards of architectural education incorporated in 1983 and Architects’ Professional conduct regulations in 1989, the Act has by and large remained unchanged.

While the CoA will explore its legal options and many review petitions may be filed, the judgement is likely to prevail. The writing on the wall is bold and clear, it makes better sense for architects to practice without a registration.

With the way things stand at present, it seems wiser to be unregistered and thus, unregulated when you do not enjoy any privileges of the practice.

The paradox of the Act is that not using the title enables any ‘design company’ to practice architecture under the umbrella of being ‘designers’ instead of ‘architects’. Our 20-year-old company itself has been a victim of this ambiguity in the Act, which prohibited us to the use of ‘title and style’ of the architect while we were operating as a private limited company. We had to thus, transform to a new entity as a partnership firm to stay compliant, but this came at the cost of both opportunity and loss of profile. This judgement and the futility of the Act has left us questioning the advantages of becoming compliant when merely converting to an alternative title would have allowed us an open and unregulated field for operations.

Unregistered individuals or companies on the other hand that practice as ‘design consultants’ continue to enjoy all the perks of being unregulated, such as operating as a company, inviting financial investments and stake in the company, partnering with non-architects, advertising and endorsement of products, all without carrying the liability or being held accountable by the regulating body of the profession.

While a way out of crisis is nowhere in sight, we can urge the CoA to push for the amendment to the Act in the parliament urgently, which could safeguard the interest of registered members in lieu of those who are practicing architecture with alternative titles. The key will lie not only in the correct drafting of the amendment, but also in the will to implement and enforce it effectively thereafter. While it is imperative to amend the Act urgently, the CoA in consultation with all the stakeholders should also formulate a mechanism for regular reassessment of the Act and not wait for 50 years in order to prevent the future existential crises in the profession.

What could be the next steps for architects? It is high time for the community, the CoA and IIA(Indian Institute of Architects) to give up all cocktails parties, celebrations and award ceremonies and instead work collaboratively to focus on the ‘elephant in the room’.

The amendment of the Act should be taken up on a war footing by all bodies, it should be deliberated and acted upon in a time bound manner.

The proposed amendment to the Act should address some core issues like: what does the practice of architecture mean, delineation of domain vis-à-vis specialist engineers, professional liability as well as protection under professional indemnity of architects, flexibility to operate as a LLP(Limited Liability Partnership), and most importantly, a relook at the scale of charges.

As a professional group we must additionally undertake a process of ‘self correction’ to make ourselves more legitimate and accountable. While this may not be on the current priority, in the long run a review of the process of obtaining a licence to practice should be on the radar and made more rigourous. Knowing the standards of architectural education across India, the entitlement to practice merely on obtaining an undergraduate degree in architecture (Bachelors of Architecture) is fraught with dangers of empowering individuals with sub-optimal competency to become drivers of human habitat. The process of licensure or registration could take clues from international best practices like Royal Institute of British Architects (RIBA) and the American National Council of Architectural Registration Boards (NCARB), who permit licence to practice through a three-stage process of education, experience and examination - the 3Es.

Eventually the question that the judgement poses to all of us is - can non-architects undertake the practice of architecture? This dilemma is addressed neither by the judgment nor by the Act itself. The miniscule number of architects will never be able to meet the needs of the vast country in terms of demand, reach and affordability. Historically, the education of architecture as a discipline is barely a century old. The professionals engaged in the design and supervision of construction projects prior to the late 19th century were not formally trained in architecture in an academic setting. Instead, they usually carried the title of master builder or surveyor, after serving a number of years as an apprentice. Recognising that untrained architects such as Didi Contractor, Satish Gujral, and many other anonymous names have produced exemplary works, it is evident that formal training in an institution is not the sole guarantee of worthy architecture.

Shying away from addressing the inherent ambiguities in the Act on one hand, and the denial of the existence of the informal architecture on the other is continuing to erode the moral of the profession as well as the trust of people in the architects’ role as the guardians of human habitat.

It’s time to clearly define the relevance of ‘architects’ in ‘architecture’ itself as well as in the rapidly morphing social, environmental, technical and economic realities.

(We urge you to read the entire judgment here)

What do you think about the ruling? Share your comments in the section below.

Read opinions by other professionals on the SC ruling in this article here.
Read on:

Architects without architecture: What's in a qualification after all? 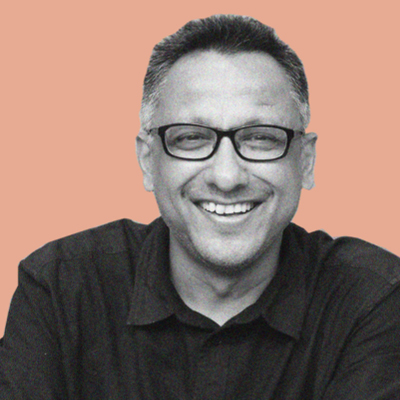 Anupam is the co-founder of ABRD Architects based in New Delhi. He received his B.Arch. from School of Planning and Architecture, New Delhi, and M. Arch. from Kansas State University, the US. Apart from winning many architecture competitions and teaching, he has written many books including The Delhi Architecture Guide, Extending Imperial Delhi and Architecture in India since 1900 among others.

Anupam is the co-founder of ABRD Architects based in New Delhi. He received his B.Arch. from School of Planning and Architecture, New Delhi, and M. Arch. from Kansas State University, the US. Apart from winning many architecture competitions and teaching, he has written many books including The Delhi Architecture Guide, Extending Imperial Delhi and Architecture in India since 1900 among others.

Studio Fuksas carves an urban landscape for the coastline of Fontvieille Aug 08, 2022

'Ask Me If I Believe In The Future' at MK&G Museum questions and thinks next in design Jul 26, 2022

The journey of a Mud Mansion: Reminiscing learnings from Didi Contractor Jul 04, 2022