Kapoor, who had worked with the late architect, believes it was Kamath’s unique gift to connect with people, the place and the culture in the tradition of building with the earth.

Even as the Indian architectural community tries to come to terms with the sudden news of the passing of Revathi Kamath, there is a special poignancy in the relevance of her life and work in the circumstances the world is facing today. To the world at large, she was a venerated architect who championed a world where people, ecology and the harnessing of traditional skills stood centre stage.

To many, she was a teacher who despite her sometimes brusque exterior, revealed a deep sensitivity and caring for the earth. To architects, who were fortunate to work with Revathi and Vasant at the Kamath Design Studio, she was an inspiring and passionate mentor who helped free many of us of the conditioning of our architectural education. An incredible sensitivity to line, form, balance and repose was inculcated in us and she had a deep horror for the mindless consumption and display that was creeping into Indian architecture in the late 90s. She shared freely her struggles as a young woman architect in Rajasthan when the Mandawa Desert Camp was being built, as well as the joys of the wonderful earth home that Vasant and Revathi built at Anangpur in Haryana, India.

As a 23-year-old working in their studio, a farewell lunch at their home for a departing office colleague was my first introduction to the wild beauty of the Aravalis: I remember asking with deep awe, “What did you do?”, she looked at me and smiled and said, “Nothing.. we let it be..”

A chance visit to the Tribal Arts Museum in Bhopal two decades later brought back keenly her authenticity and artistry in practising architecture as a living culture and something sacred. Hers was an unself-conscious architecture that breathed freely and deeply.

Her focus remained on making a simple material like mud viable even as she often remarked that most people did not fully comprehend its ability to heal. Revathi and Vasant represented a generation of architects who stood steadfast to their values and truly practiced a deeply ecological, humane and socially conscious architecture. Together, they questioned assumptions and the dominant modern aesthetic to champion a softer, gentler sensibility that glowed with an indigenous consciousness.

She believed architecture was her one true calling and had a special empathy for the lesser privileged. Speaking about her first project of working with artisans, she said, “I didn’t design for them but I designed with them and it was really a common kind of consciousness which pervaded the design”.

This was her special gift; to connect deeply with people, the place and the culture in a timeless tradition of building with the earth. At a GRIHA summit in November last year, she spoke of an ecological civilisation as our collective future of human beings living in harmony with nature and a positive and holistic search for being.. her words seem prophetic today.

It is only while writing this that I wistfully realised how many of her words and thoughts have echoed through my life and practice in different forms. In homage to a visionary who saw far beyond her time.. you are deeply mourned.

Revisiting the life of Revathi Kamath, the torchbearer of vernacular architecture

A spiralling subterranean edifice of earth, stone, and debris: 'Chuzhi' by Wallmakers 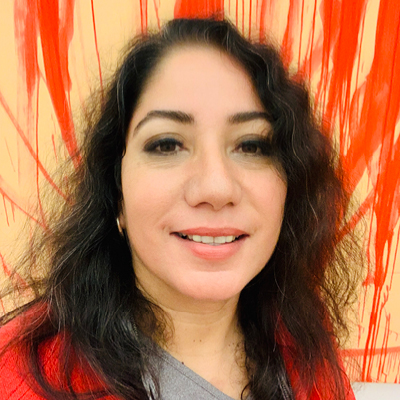 Swanzal is a practising architect and civic activist, currently the design principal and co-founder at Saka studio, based in Gurgaon, India. She has 20 years of experience in varied context and her interest in civic action led to her co-founding ‘iamgurgaon’ in 2009. She is an integral member for the revival of forest at the 385 acre Aravali Biodiversity Park.

Swanzal is a practising architect and civic activist, currently the design principal and co-founder at Saka studio, based in Gurgaon, India. She has 20 years of experience in varied context and her interest in civic action led to her co-founding ‘iamgurgaon’ in 2009. She is an integral member for the revival of forest at the 385 acre Aravali Biodiversity Park.