The stark whiteness of the poles has the feeling of a frontier. Thought of as a blank space despite indigenous populations in the Arctic, both poles have historically been the site of expeditions, exploration and that particular kind of conquest that the other type of whiteness lends itself exceedingly well to – that of asserting dominance over the production of knowledge.

The Third Pole, Himali Singh Soin’s solo exhibition at the Museo Nacional Thyssen-Bornemisza in Madrid, Spain, curated by Soledad Gutiérrez, brings together two bodies of work: we are opposite like that (2017–ongoing) and As Grand as What (2018-2021), made in collaboration with musician David Soin Tappeser to build a fictional mythology of the poles. The show engages with existing master narratives, prejudiced histories and frames of meaning to build its own mode of post-human storytelling. Using a multitude of mediums – from video and film to images and text, Singh Soin's work animates the ice of the poles — imagining it as an elder who has witnessed deep time and giving voice to the sense of loss felt in these landscapes, but also to the frisson of magic they inspire. In our conversation, Singh Soin refers to herself as a poet and throughout her work, language builds self-referential worlds that play with multiple layers of meaning and allow for a polyphony of voices and entry points.

This polyphony is liberating to a viewer, almost having the effect of making her works seem like artefacts or missives from a parallel timeline or universe – one that centres voices that are so often marginalised in the existing narrative. Talking about how she balances how expansive her work is in its engagement with sources and stories as varied as records of historical Arctic expeditions; accounts by ancient Greek geographers; tropes and narrative devices referencing speculative fiction, she underscores how important it is for her to have multiple entry points.

Forming a kinship with the polar landscapes, as a brown body in this white space, was one starting point (but not the only one, as she will remind me throughout our conversation) for her. Brownness, against this starkness, appears as alien as the antipodean – literally meaning opposite-footed — creatures who were thought to inhabit Antarctica in the ancient and medieval Western imagination. In her soundscape, Antarctica was a queer rave before it got busted by colonial white farts, Singh Soin intones the history of these Antarctic creatures against the backdrop of acoustically rendered EDM and rave beats: the narrative of a savage south, where barbarians lived in direct opposition to the civilised world. As the beat builds around her voice, we hear her articulate an emancipatory potential in this otherness of Antarctica, finding a kindred queer-ity in it that subverts the failure of the western imagination to think beyond the binary.

Building on the idea of alien-ness, Singh Soin’s two-channel video, we are opposite like that (2018-2019), annotates archival material with poetry as an alien figure navigates a shifting polar landscape. Articulating a speculative South Asian futurism, the work proposes a world in which North and South are collapsed. An original score for a string quartet makes audible sheets of ice smashing into each other, creating resonances from a soon-to-be mythical landscape while positing a post-human future.

Singh Soin’s work builds upon a polar fascination that is generational. Her father had visited the Arctic in 1986, the year before she was born, to study the ozone hole – a moment represented in the show through Inverted Map VI, 2022, a diptych of a 35 mm slide that he took in the Arctic superimposed with an image that she took there 30 years later in Antarctica. She says, "From the outside, it seems that the North and South Poles are these mystical, fantastical spaces but when you go there, you quickly realise that they are places like any other geography in the world.” Even so, as she travelled over Svalbard, her first question to her guides was: what are the stories, myths and legends?

On hearing that Svalbard had no mythology of its own, Singh Soin began to regard its ice as an archive of stories — "I felt like there was this kind of elder who had preserved and archived the stories. There was a library in front of me, and that was the ice itself. And like indigenous lives all over the Arctic, the ice was losing its language. So me entering into the archives, or entering with fiction into the gaps of the archive was a way to tell its story.”

When I ask her to delve into the role language and fiction play in these works, she invokes David Abram, an American ecologist and philosopher:  “We cannot restore the land without restoring the land.” Stories are important; they unmoor us from the cultural assumptions that underlie our behaviours and re-orient us towards non-human perspectives. Language, Singh Soin says, is one of the only ways to shift how we connect to our shared ecologies.

This engagement with myth and story continues through her more recent work, also on display as part of The Third Pole – As Grand as What, in which Singh Soin and Soin Tappeser shift their focus from the poles to the titular Third Pole, the Himalayas. “Where does one go when you have gone the farthest you can go? You go home," Singh Soin says, reflecting on the genesis of As Grand As What. For her, the idea of the third pole was a metaphorical invitation — “you are no longer in the world of the binary when you think of the Third Pole; you are suddenly in a much more proliferating world." As she and Soin Tappeser researched the Himalayan region and Tibetan Plateau, they were struck by the Tibetan concept of bla, or life force. Both Singh Soin and Soin Tappeser talk about how the environmental catastrophe resembled a loss and erasure of life force — As Grand as What is devised as a contemporary healing ritual, based on traditional bla rituals, as a reminder of connection across geographies, landscapes and temporalities.

If we are opposite like that gives voice to a multitude of counter-narratives, As Grand as What creates ritual as a medium through which, as Singh Soin writes, a community of oppressed, silenced voices, including the voice of the earth itself, might form a commons of otherness. Together, the works in The Third Pole consciously build a world — Soin Tappeser describes it as an entire ecosystem with leaky boundaries — where magic and ritual, science and attunement, landscape and mythology, fact and fiction come together to articulate more generative ways of being in the world, of understanding our histories and of seeing and building resonances towards a view of the world that is more-than-human. “It’s all a love letter,” Singh Soin ends by saying and it’s hard not to agree.

The exhibition The Third Pole by Himali Singh Soin with music by David Soin Tappeser is on view at Museo Nacional Thyssen-Bornemisza, Madrid, until January 29, 2023.

Iván Argote anchors a visual conversation on the public spaces 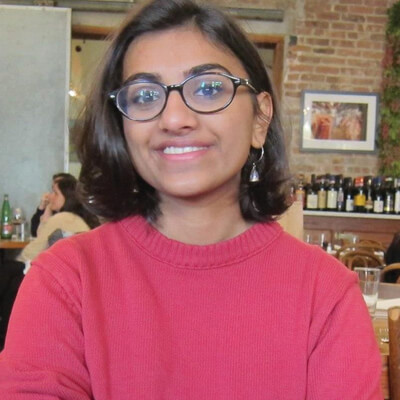 Fundación Ama Amoedo places its residents in a colourful collection of volumes Feb 01, 2023

Slow Courtyard in the Hills by nsaaa embodies the culture and craft of its context Jan 21, 2023