In an interview for STIR at the American artist’s London studio, Mike Knowles discovers what drives his work and love for materials of the earth – ‘he is guided by greatness not by greed’.

I first met Danny nearly 30 years ago, when we worked together on an eclectic dream house set in London’s fashionable Hampstead. We had an exceptional Indian client whose desire was to represent a history of design in her home. Pieces from Chippendale, Romantic Regency, Empire and much more were intertwined with classical Indian artwork and architectural salvage. The 20th century was represented by works from Art Deco guru Paul Kiss, with Danny picking up the mantle of masterful contemporary works.

The client commissioned a monumental ding table and luminaire, and was expecting pieces formed in his archetypal stacked glass genre. But Danny always goes beyond, he is not a cheap date, and we ended up with his first ever Tagliatelle table. Watching 30 foot of 12 inch by 1 inch steel morph into magic was a wonderful experience. Both the client and Danny remain very close friends to this day. The produce of a very enjoyable creative experience.

From that moment on, DL, or Linguini Lane as I call him - a kick back to the Tagliatelle table - has been my dearest mate in the industry, and although younger than me - just! I regard him as my touchstone to creative genius - my guru.

He is profoundly spiritual. Not in some kind of mock ecclesiastical haze, but in his relationship with people, the planet and all he produces.

His integrity is second to none. I will never forget working with him on a major project, again in Hampstead, where the building was, to all intents, a glass facade fronting a home built into the side of a hill. Perfect foil for both Danny and myself, as everything commissioned was sculptural and custom-made.

One element included a 30-foot wall of sand blasted and cut mirror. As Danny was heading off on his yearly sabbatical to Martha’s Vineyard, he meticulously set out the designs for his team to create whilst he was away. Sadly, on his return, he was not 100 per cent happy with the results, and not content with second best, he discarded everything and started again. A considerable cost which he bore, not a penny being solicited from the client. That’s the mark of the man, he is guided by greatness not by greed.

Over my 30 years working with him, I have enjoyed watching an intriguing evolution of materials that he uses. Great artists never stand still, are never content with their current fame. The true mark of eternal genius.

Visits to his studio are always invigorating - a veritable Mecca of Magical Mystery and Mastery. I most sincerely recommend this experience to anyone visiting London. He is very generous with his time and his wisdom.

When I made the quantum leap from practice to Design Education, he supported me majorly. His visit some years back to Delhi to work with my then students was a thumping success. Students, Danny, me - all deeply imbued with the goodness and greatness of creativity that erupted.

I am delighted to say he is on his way back to India in 2020, working with me on an exceptionally important and potentially game changing project, alongside another inspirational design guru. All will be revealed soon!

(Please see the video above)

'From Spark to Spirit': exploring light’s role in our perception of the world 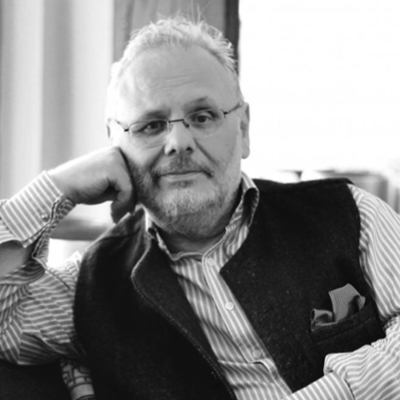 Emeritus Professor Mike worked with many leading London designers before setting up his studio. He moved to India, and in his recent role of Emeritus Professor School of Creativity, Rishihood University, sets forth exciting opportunities to change the face of Design Education in India. He mentors the team at Jindal Stainless Limited both in Design Thinking and Critical Thinking.

Emeritus Professor Mike worked with many leading London designers before setting up his studio. He moved to India, and in his recent role of Emeritus Professor School of Creativity, Rishihood University, sets forth exciting opportunities to change the face of Design Education in India. He mentors the team at Jindal Stainless Limited both in Design Thinking and Critical Thinking.