A discussion with the curator on the significance of US Monuments and her inspiration behind Socrates Sculpture Park’s prescient new exhibition, MONUMENTS NOW.

While the pandemic locked us out of museums and galleries, the Socrates Sculpture Park brought the museum sur l’herb in a quiet corner of Queens, NY. Veiled from the streets by trees and vine, an audacious and synchronic challenge to our understanding of historiography and community may be found in the park’s current exhibition: MONUMENTS NOW. The exhibit features a series of site-specific outdoor sculptures by artists Paul Ramírez Jonas, Jeffrey Gibson, and Xaviera Simmons that will debut in installments through the coming months. Prepared in advance of the apocalyptic crises of 2020, the exhibition is prescient in that reconsiders the public monument as site of commemoration of a different America – celebrating a history suppressed, a reality neglected, nonetheless an imagined community that unites us across diverse and intersecting identities. As many monuments saluting a history fell across the continental USA this summer, we asked the curator, Jess Wilcox, what inspired her foresight.

Kabir Awatramani (KA): What inspired this particular exhibition? Did the combination of Covid-19 and civil unrest play a role in the ideation and programming, or do these works now take on new meaning in light of the current socio-political climate?

Jess Wilcox (JW): The show was conceived in 2019 before COVID-19 and large-scale protests on the streets of the U.S. cities in 2020. The show’s inspiration was two-fold: the role that U.S. monuments were playing as flash points for large political issues as well as points of contention in their own right. The 2017 white supremacists “Unite the Right” rally, centered around the Robert E. Lee monument in Charlottesville VA, was a critical moment. The increase in size and the attention garnered by protests of monuments throughout New York City, including the various Columbus monuments and the Equestrian Statue of Theodore Roosevelt by James Earle Fraser at the Natural History Museum, which in June 2020 the Museum announced it would take down, were also incidents that encouraged me to make a show about monuments.

COVID19 was a big surprise to me although I would say I see the civil unrest that followed was less so, and I see this as an inevitable result of systemic inequity within the U.S. The disproportionate effect of COVID19 on Black and Latinx people in the U.S. is directly linked to the institutionalised racism that some of the earlier conflicts around monuments were also grappling with. So yes, the works take on a new shade of meaning in this historic moment. Monuments are essentially representations of public values and right now in the U.S. we are in the midst of a crisis about how we function together as a union or collective entity.  Will we sacrifice the vulnerable in the face of adversity? Will we come together to stop the spread of a virus or will our differences get in the way?

Our event-based public programming did change to reflect safety precautions to inhibit the transmission of COVID19. While we are an outdoor space, thus a lower-risk space, we still cancelled our summer events in compliance with state mandates to prevent large crowds. We had planned several public BBQ gatherings for Paul Ramirez Jonas’ Eternal Flame, which is a multi-person BBQ grill as a monument, which we had to cancel. Since the social and participatory nature is fundamental to the work, and Paul’s conception of the meaning of the monument, in place of large BBQs we produced a video so that the public could get an idea of how cooking culture unites people and preserves cultural heritage. We invited five local Queens chefs to grill something of their choosing on the BBQ while Paul interviewed them about the importance of each recipe, how family and heritage affects their cooking, and how cooking instills cultural memory. And then we all tried each other’s food and ate together. The video will provide a prompt for five chefs from various locations around the world to cook from their homes or backyards and reflect how cooking unites people across distance. The invitation to ask people to send videos of their cooking at home is also partly inspired by the craze for home cooking in the U.S. that emerged during the pandemic due to restaurant closures.

KA: What was the process of selecting artists for this project like? What prompted you?

JW: The artist selection was distinct in each of the exhibition’s three parts. In the first part, I focused on selecting artists that looked towards the future with the understanding that monuments have the power to shape public consciousness and societal values. Jeffrey Gibson, Paul Ramirez Jonas, and Xaviera Simmons each explore different histories but share a speculative eye towards the future and imagine the possibility for a better world.  Xaviera Simmons’ The structure the labor the foundation the escape the pause presents a trinity of black structures. One of these presents a text with excerpts from Special Field Orders No. 15, the Civil War mandate to provide freed Blacks with land, a second holds a text amalgamation of contemporary calls for Reparations, and a third empty black steel structure acts as a pause, perhaps suggesting the future as a blank slate. Paul Ramirez Jonas’s Eternal Flame emphasizes that the memorial aspect of the monument is centered in people, through their cultural traditions, rather than in statues, and will hence be carried down to future generations. Gibsons Because Once You Enter My House It Becomes Our House elevates the architectural achievements of the mound building Indigenous Mississippian culture active 800-1600 AD, suggesting indigenous inventions could be important in the future.

For the second part, artists were solicited through an open call process, in which a jury selected finalists, broadening the curatorial perspective. This Call and Response process was meant to mirror the process through which many U.S. monuments are commissioned with one major difference. Instead of the commissioning agency deciding what to honor and issuing an open call with the goal to leave the artists to decide what form it should take, Socrates issued a call for artists to propose both what they want to honor and the form in which it is to be produced.

The third part, the artists all come from our teen after-school program. The group worked together to collectively imagine, negotiate, and realise the sculpture. The curatorial aim was a) to support the next generation of artists and b) highlight the power of making art collectively in a group.

KA: Covid19 has sort of put museums and galleries on pause for a moment (at least until September), but the sculpture park benefits from an outdoor setting. Do you anticipate that we will see more site-specific work or even a resurgence of land-art in our new normal?

JW: I hope so. As a New York City public park, Socrates Sculpture Park has been open the entire time and we have received a lot of positive feedback from the public.  I certainly think that the pause made us appreciate existing public art more than we had previously. The lack of crowds in New York has led some to view familiar places and spaces with new eyes.

I’m not much of a forecaster, but it’s certainly possible and I think it would be wonderful if our new normal encouraged a new boom in land art. During a pandemic it's certainly safer to see art outdoors and the large-scale of some public artworks further distances people as they may have yards of space to circumnavigate outdoor artworks and the greater ability to view them from multiple perspectives.

KA: As monuments saluting a certain vision of the United States fall across the country, do you think that these works will in some way replace them?

JW: That is my hope. What is interesting about the majority of the monuments that have fallen in the U.S. is that they are primarily monuments that depict specific figures. Often those figures stand for a great idea, which in the case of many confederate monuments is white supremacy.  But I find it interesting that we gave our artists free reign to create monuments to whoever or whatever they desired and yet did not depict or refer to specific historical individuals. The artists approached history in other manners: through a play between figuration and abstraction, and through spatial dynamics of the works within both the environment of the park and its location in the city.

Again, I hope to see monuments that use history to point directly to the potential of the future in which our society lives up to the values we profess rather than aiming to reverse a nostalgic past, often with an inaccurate view of history. Ramirez Jonas’ monument is also functional and provides a service to the public (a place to cook and eat), an approach to monuments that has a history, and I hope to see employed more in the future. The vibrant colours of Jeffrey Gibson’s monument dropped in the muted skyline of New York City evoke a spaceship baring messages from the future. The fact that Xaviera Simmons’ created a trio of sculptures, rather than fixing meaning in a singular object, encourages the public to be dynamic, to move around the works and to think about the relationships between things, people, and social forces that shape history.

KA: What will the next series of installations on October 10, 2020 look like?

JW: There are 10 projects in the next part of the show that encompass many points of historical reference from European arrival in North America and United States occupation of Okinawa.  Iconics of political symbolism - a clenched fist, national flag, and barbed wire fence - are a few among many, promoting values ranging from people’s rights to self-determination, to an evolving national identity, to the fight for prison abolition. The show presents a polyvocal, pluralistic landscape of monuments, which undoes the seamless historical narratives that have dominated public space for too long.

Can the artist speak? 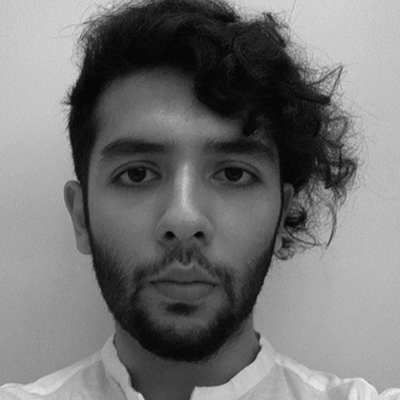 Responding to the ideas of fragility and stability, artist Tilmann Zahn, who lives and works in Basel, captures the volatile state of constant change through his art.

The exhibition on artist Nicola L’s works revisits the many meanings of skin Jul 22, 2022