Grandparents are extremely special for every child, and I am no exception. Today I write about Amarnath Sehgal, my paternal grandfather whom I called Dada. One of my greatest regrets is that he passed away when I was still a 12-year-old child and too young to have understood him, beyond experiencing his presence in his abundant love and indulgence, each time I visited India or when he came to visit us overseas. That there existed a man beyond the calm gentle demeanour, soft voice, and flowing white locks is something I discovered only after his departure. That his eyes had seen the painful spectre of the partition, the traumatic memories of leaving his homeland, and by which his soul had been forever affected; that his dreamy eyes saw visions of peace and brotherhood, were revealed to me only through his artwork and poetry, which I explored as I grew up.

That being so, I do have some very vivid memories of Dada that I would like to share. Perhaps the earliest and most defining one was as a four-year-old. My summer holidays, till then, were spent in London; Hyde Park, the Serpentine, and feeding the ducks were the highlights of my days. Immediately afterwards, we went to Delhi and one day, while telling Dada about my thrilling outings, while seated together at his desk in the studio he suggested “let’s try to draw this outing.” And so, with his big box of colour pencils in front of us, I drew the scene with him reminding me gently to include everything I had described, occasionally guiding my tubby fingers with his own. When it was time to leave a few days later, to my surprise Dada had a present for me, all wrapped up in brown paper, straight from a picture framer. It was the framed sketch with a caption that read 'Siddharth’s first painting with Dada - at J-23.' More than 24 years later, it still hangs beside my bed.

The following year Dada visited my family in Bahrain. It was winter and I remember this visual of him sitting in the garden, on the lounge, with a Stetson hat and a book. By this time, I was enthusiastically discovering the joys of finger painting from my jars of bright neon colour paints. Dada, always encouraging of my artistic efforts, would also give his objective opinion, “man to man,” as he said. One day he came up with this amazing idea—“why don’t you hold an art exhibition?” My parents were both amused and sceptical but he took it upon himself to get the show organised. We lived in a compound of about 20 houses; a handwritten flyer was prepared and I took it to each house, proudly announcing that my paintings would be on display in our verandah, available for sale at one Dinar each and guests would be served with free lemonade. Lo and behold, at the appointed time, all the kids from the neighbourhood arrived with one Dinar in hand, while he served the drinks. In no time, all my artwork had been sold and I was in possession of a treasure of 14 Dinars!

Dada was always keen to encourage and nurture my interest in art. Just before the New Year of 2004, when it was time for my parents to send out the New Year’s cards, yes, we still went through that annual ritual then, a parcel arrived for me. It was from Dada. I opened it to find a bundle of New Year’s cards. I was taken aback to see that he had got the cards printed with a sketch of Krishna that I had made, inspired by his sculpture art The Flute Player, on my previous visit to Delhi. Alongside was a poem that I had written. I did not know that he had kept the mangled piece of paper with that childish verse safely with him. Imagine how grand I felt, as my parents sent out those cards to all their friends.

While he was not very articulate with the spoken word, Dada’s gestures said a lot. It is often said that creative people tend to be more self-absorbed. Maybe at some level he was too, but he also had that rare and wonderful ability of making one feel very special. My cousin Karan Khosla, had a wonderful incident to narrate about him. It seems that Dada had once visited Karan’s family, when Karan was a small boy, and had purchased his painting for a princely sum of 100 rupees. Years after his death, the painting, preserved carefully, was found by my father when he was sorting out Dada’s papers in the studio. That was the kind of person that he was.

The good times came to an end much too soon. For a couple of years, before his demise, Dada was diagnosed with Parkinson’s disease, which meant that he was mostly confined to his studio. Unable to do the physically strenuous task of sculpting, any longer, yet with his creative juices still flowing in abundance, Dada took to colouring sketches that he had previously made. He lived in his studio for the most part of his day and could be found at his art desk in the wee hours of the morning, painstakingly working with his oil crayons till the sketch that he was working on had assumed an altogether new form. He would be oblivious to time, lost in his world of colour. These images of Dada are deeply etched onto my mind because these were the times that I actually got to witness his creative passion—his body was physically degenerating but his desire to create remained, ever so strong. It was almost as if he felt that he had a lot more within him—that was waiting and wanting to be expressed.

Dada passed away peacefully in December 2007, after enjoying his favourite lunch at his home with the family. He breathed his last in his beloved studio. His script could not have had a better end. In 2008, he was awarded the Padma Bhushan, posthumously. Till I accompanied my grandmother to the Rashtrapati Bhawan for the award ceremony, I did not really know the significance of the award, having lived abroad all my life. Only as I watched my grandmother walk to the podium did it hit me that Dada was a person of eminence, who had made a very significant contribution to the world of art. He was far more than just my loving grandfather.

Over the years, I moved to Sciences and am presently pursuing my PhD in Experimental Physics. I have developed my own thoughts and values, becoming what I like to think of as ‘my own person.’ But am I really, I wonder? All my Dada’s sculptures and the themes they embody, be it Ishwar Allah Tero Naam, Anguished Cries, The Captive, Aiming for Excellence, Monument to Love, Non-violence and many more reflect and embody the very same values of humanism, secularism, justice, freedom, peace and brotherhood that I hold precious. I may not have grown up in his presence or under his actual influence but our souls are most certainly intertwined.

Only recently I read a poem written by him:

His words reflect his grit and determination, he experienced many traumatic upheavals in his life but never gave up his resolve to pursue his dream. He had faith in his creative talent and the confidence to walk a solitary path. As I get to know more and more of him, I recognise myself in him.

Art and the city: The public installations presented during Frieze Sculpture 2022 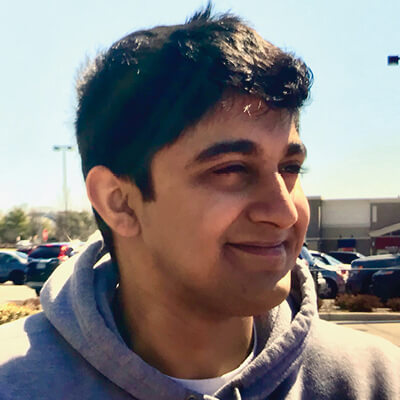 Born in the UK and having lived in five countries, Siddharth has a rich appreciation for diverse cultures and people, recognising the common human values they share. Presently pursuing his PhD in Physics from the US, Siddharth is interested in photography, pottery, painting and sketching, as well as in powerlifting and all things health-related.

Born in the UK and having lived in five countries, Siddharth has a rich appreciation for diverse cultures and people, recognising the common human values they share. Presently pursuing his PhD in Physics from the US, Siddharth is interested in photography, pottery, painting and sketching, as well as in powerlifting and all things health-related.

Constantin Boym: “Design is a way to pose questions and leap into the unknown” Nov 16, 2022