To the world, MF Husain was a celebrated artist, an enigma, and an unrestrained eccentric, who kept reinventing his craft and consistently confounded the audience with his artistic genius.

But to me, he was Nana. And even though it's been a decade since he passed away, his memories, his ideologies and the way he lived his life to the fullest, continue to inspire me every day.

While I grew up outside India, I have fond memories of my grandfather. During the summer vacations, all the family would travel to Mumbai to stay at our family house where I got to spend a lot of time with him. I used to love watching him paint. I would be totally enthralled with what he was doing and would be glued to him while he painted. But our interaction went way beyond art. My grandfather was an extremely intelligent man and I could talk about all sorts of things with him whether it was about life, books, arts, movies, or anything else. He never really taught me to paint, but he did impart a very valuable lesson at an early age.

Once, he finished a painting and went outside while it dried. I had been watching him paint. After he left, I took a sheet of paper and some colours and replicated what he had painted. I was excited to show him what I had done but when he came back and saw it, he was mighty upset. He told me to never copy anyone and to find my own voice. Later, when I was in my teens, he asked me to read Ways of Seeing by John Berger. He always told us to go beyond what we see in front of us and understand the essence of it to find our own meaning and interpretation. So, it is something I grew up realising and now I can understand what he meant when I see a lot of his works. He portrayed everything with complete individuality. His paintings would have characters completely unrelated to each other. I vividly remember one of his works had a drunken man, Humphrey Bogart, and Moses together.

He never sat still and would always be on the move, even towards the end of his life. His zest for life and energetic vibe helped us immensely in dealing with his absence in the house. Throughout his life, he never stopped learning and would always find something to pique his interest. Whether it was history, cinema, philosophy, or any other arena, he would delve deep into it to explore new themes and subjects for his art. He was very well versed in Urdu and would always keep a notebook with him to write down his thoughts. I remember that whenever we would be around him, he would assemble all the children of the house at night and read from his notes. I still have some of these notes and I read them from time to time.

He was one of those visionary people who was way ahead of his time. Years ago, he manifested his artistic vision by directing the movie Through The Eyes of a Painter. Interestingly, when he created the movie, many people did not understand his vision and thought it as another of his eccentric acts. However, as it turned out the movie went on to win the National Award as well as a prize at the Berlin Film Festival.

What made my grandfather extremely happy was being around family and people in general. He had innumerable friends who were scattered across the world. Everywhere he went he had a friend and he would make sure to spend time with them. He loved the hospitality of his friends and he was the most accommodating guest who did not need anything except, of course, his painting supplies. Although it had been many years since the Progressive Artists’ Group was formed and disbanded, he shared a warm relationship with his fellow members of the group. He had a very special relationship with artist Krishen Khanna. He would tell us stories about driving down to Shimla to meet him and had even played a part in pursuing Krishen Khanna to leave his banking job to become a full-time artist.

While it is hard to pick one of his works like my favourite, I remember really being fascinated by a work titled The Spider and the Lamp as a child in the 90s. Later, I came to realise that it is considered to be one of his most important works. In fact, he was once invited by Kerala Tourism for a project where he had to go there and execute some paintings. He called us there from Mumbai. As we were sitting watching him paint, he suddenly stopped and stood up. When he looked at me, I asked him if I could paint? And just like that, he handed over the brush. I still remember which part of the painting I coloured.

There were two things he created for me that I distinctly remember. One was a rocking horse toy when I was a child. He also created my wedding invitation card. I remember that he had made a different version of the card. But when I first saw the card, I was confused as it had sand dunes and palm trees and was nothing like a wedding card. He laughed at my quizzical reaction and decided to redo it. He then created this beautiful wedding card with a palanquin and horses. I still cherish it so much.

My memories of him are made of many such heart-warming incidents and anecdotes.  Sometimes I really wish he was around and there is so much I would want to discuss with him. He continues to be alive through the enriching vibrant experiences I had with him and for the world the greatness of Maqbool Fida Husain surpasses the idea of time and generations.

'Bodies at Sea': an archival exhibition by Devika Sunder and Studio Slip in Bengaluru 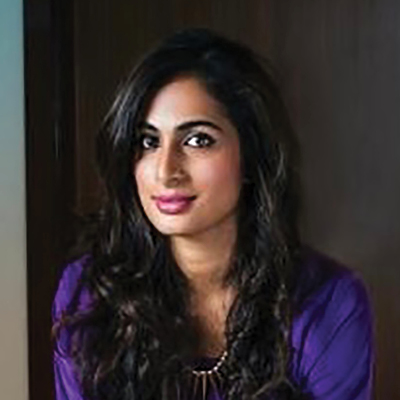 Rakshanda is a writer, researcher, and a specialist on Modern Indian art. She got her BA in literature and has studied creative writing. Rakshanda is currently working with AstaGuru as a specialist for its auction initiatives.

Rakshanda is a writer, researcher, and a specialist on Modern Indian art. She got her BA in literature and has studied creative writing. Rakshanda is currently working with AstaGuru as a specialist for its auction initiatives.