Spread the Light : Light and the City

Cities are constantly evolving spaces responding to local conditions and the demographics of the people that occupy them. For the foreseeable future, our cities are going to be growing rapidly. While most activities within the city are carried out during daylight hours, post sundown, artificial light begins to play an important role in the personal lives of the city’s inhabitants.

As an architect, a Modernist by his own definition, Riccardo Marini loves design and is passionate about “placemaking”. After working for many years as a senior city officer, he worked as a director with Gehl architects in Copenhagen and then founded Marini Urbanismo in 2017. He is constantly researching what makes different places work and is examining just where efficiency should yield to people’s happiness quotient to prevent a dystopian future.

Marini’s perceptive presentation at PLDC 2019 on what makes a city ‘smart’ and his TED talk on cities of the future throw up challenging questions. He answers many of them in a frank and probing discussion with Rayane Belkadi, an emerging interior and lighting designer living and working in North Africa. Belkadi, the Women in Lighting ambassador from Algeria/ Morocco, shares her rich experiences with traditional and modern ways in which light – natural and artificial – is used in the cities of North Africa.

The conversation also throws up various aspects of the roles that designers are called upon, at different stages in a project, to think about and act on to ensure that the result makes our cities happier and more relevant to the needs of the inhabitants.

Watch out for more from the series Spread the Light 6/6 presented by Wipro Lighting, in collaboration with PLDC. 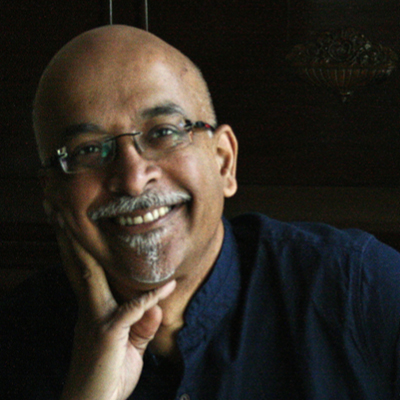 Linus is a partner in the firm Lirio Lopez Electrical + Lighting Design Consultants in New Delhi, and has worked on lighting solutions for a variety of projects - hospitality, entertainment, heritage, residential and commercial projects, along with museums, art galleries and exhibitions. With a Bachelor’s Degree in Electronics Engineering and a Masters in Architectural Lighting Design, he believes he will be a student all his life.

Linus is a partner in the firm Lirio Lopez Electrical + Lighting Design Consultants in New Delhi, and has worked on lighting solutions for a variety of projects - hospitality, entertainment, heritage, residential and commercial projects, along with museums, art galleries and exhibitions. With a Bachelor’s Degree in Electronics Engineering and a Masters in Architectural Lighting Design, he believes he will be a student all his life.

'Who is Asleep Who is Awake' looks at the political realities that form in a liminal state Dec 28, 2022

Fleury-sur-Orne Nursery is a cocoon-like sanctuary for a child’s formative years Feb 02, 2023