The French city has transformed from a historical landmark to a tapestry of contemporary architectural icons, studded with works by internationally renowned designers.

“Looking at cities can give a special pleasure, however commonplace the sight may be. Like a piece of architecture, the city is a construction in space, but one of vast scale, a thing perceived only in the course of long spans of time.”

Appropriately put by urban planner and author Kevin Lynch, the statement interestingly describes the transformation of any place into an urban cityscape as a gradual process, wherein a city has been juxtaposed as a piece of architecture and that the scale is incomparable by all means. Symbolically, a city in space is like a building in a city. The ever-changing cities in every part of the world have had the history of their inception, creation and evolution based on the circumstances and needs of the inhabitants. Typically, a city comprises of its people, their traditions and culture, built spaces and masses in numerous forms and clusters spread over a large scale. With the advent of new building techniques, the scale has been augmented across the globe. The city of Marseille, located along the Mediterranean coast in the south of France, is a befitting example of the context of evolution.

Post the industrial revolution in the 19th century, the city was heavily impacted by World War II. As a consequence, the dire need of unprecedented residential units for the masses was realised by the French government. In 1947, Le Corbusier was commissioned for multi-family residential units and the first ‘Unité d'habitation’ was incepted at Marseille. Addressed as the first ‘vertical garden city’ designed by the Swiss-French architect, it promoted communal living where the residents could shop, play, live and assemble in one space.

Marseille became the first city to obtain a mass housing by Corbusier, later four more such projects were constructed in Europe. The economy of France through trade and commerce started regaining strength, which triggered the development of this city with the largest port. With the increase in population and advancement in technology, people from French colonies in North Africa migrated to Marseille in prospect of better opportunities. The port driven city had expanded and the requirement for new iconic and public spaces was being felt.

The city was declared as the European capital of culture, to host a year-long series of cultural events in 2013. With over 11 million visitors and 900 cultural events to be organised, plans for revitalising the city were in place; FRAC Marseille 1, Vieux Port Pavilion, MuCEM and Villa Méditerranée were unveiled with the coming of 2013, designed by Kengo Kuma and Associates, Foster & partners, Rudy Ricciotti and Stefano Boeri, respectively. All three structures were located along the edge of the port, with their own significant role individually to proliferate people and the public space along the length of the port.

Considering the fact that Marseille evolved along the edge of the Mediterranean, Fort St. Jean was built at the old port of the city in 1660 as a fortification to protect the city. When MuCEM and Villa Méditerranée were revealed; MuCEM being an extension of the existing prominent fort, they became prominent tourist attractions and invited design and architecture enthusiasts as well.

With the impressive exoskeleton and complex steel structure as its outer circulation space with views of the fort and the sea, MuCEM pays respect to the city of Marseille and Fort St-Jean. It submits to the ancient structures in the surrounding by its mix of geometry, while it is contemporary in its own fashion. A steel bridge connecting MuCEM with the fort is a major highlight of the completed project, which opens up into the rooftop cafeteria. The 72 metres square, typically a classic plan controlled by Pythagoras, encompasses the heart of the museum - a 52 metres square, which has the exhibition, exposition, and conference halls. In the remaining 10 metres on each side are interlaced ramps suspended and supported on the periphery. They are lit with diffused sunlight, forming an interesting experience simultaneously flowing down and up to adjacent floors gradually in about 120 metres, intended for effortless transition from one space to another. The dark colour of the facade helps the building blend in with the darkness of night just to keep Fort St-Jean as the star of Marseille city.

Abutting the dock of the port of Marseille city stands 'La Villa Méditerranée', covered with pre-stressed concrete panels and strips of glass. A dedicated research centre (offshore infrastructure) for the Mediterranean Sea, this building also comprises of public spaces internally, a large exhibition hall, conference halls and space for theatre events. The beauty of this project lies in its vertical segregation of spaces and its structural design that holds a 36metre cantilevered exhibition hall, which frames and shades the waterfront piazza at ground level. The conference facility occupying approximately 2500 sqm is situated below grade level and has porthole windows which face the sea. The connection between the exhibition and conference spaces is a triple volume entrance hall which opens into a water body.

About a kilometre to the east of these architectural marvels is an urban insert by Foster and Partners, conceived during the same time - Vieux Port Pavilion - located at the mouth of the harbour. A large razor sharp mirror like canopy measuring 46x22 metres in polished stainless steel resting on six slender columns creates a reflection which attracts pedestrians. The surroundings are mirrored at 10 metres height, encouraging visitors to take a pause, rest, linger over and celebrate the space. Conceptualised as a gathering space to celebrate the city and also catering as a basic shelter, along with space for organising cultural and musical events, this pavilion is highly minimal physically as well as visually, yet, it creates a significant impression on the visitors and tourists.

The extensive development in 2013 brought about the need for a cultural centre and the project was awarded to Kengo Kuma and Associates. Based on the vision ‘museum without walls’, a museum with art pieces in constant movement, a living and moving place where no space is permanent, was conceptualised. The dynamism of the project had to blend with its iconicity - for this the architect made it stand out from its context. Creating a landmark to promote contemporary art was the gesture KKAA wanted to protect throughout the design and construction process. There are two distinct parts of the project - the exhibition halls stacked as a magnificent tower and the smaller one consisting of an auditorium and children’s workshop. The internal white surfaces and double height volumes depict the emptiness, and the urge to fill it up with artwork can be identified, making it successful in its intentions of promoting contemporary art.

With the gradual growth and expansion of the city, the central region necessitated high rise development to accommodate the maximum number of people at once. French architect Jean Nouvel envisioned ‘La Marseillaise’, deriving the term from the national anthem of France. An office building sitting at the waterfront, representing the pride of the port city with over 27 shades of red, blue and white on the framed fibre concrete. Blue represents sky of the city, red is derived from the rooftops of the buildings spread across the city and white depicts the rock from the coastline running from Marseille to the town of Cassis. With a clear intention to give the project character and an identity of Marseille, Nouvel formed a singular structural tower having concrete frames on the façade with an ambition of it belonging to the Mediterranean coast only. These frames and recessed glass help in capturing an optimum amount of natural filtered light. Along with offices in the 31 storey tower there are restaurants, children’s day care facilities and a cycle park at the ground level. This 135 metres high building stands out to be one of the tallest structures in Marseille using the colours of France in its façade since 2018.

Hence, as we understand, the evolution and development of a city through time in accordance with the culture and people of that city is a gradual and natural process. Maintaining harmony in architectural interventions and understanding of the desired product is a necessity while developing the urban fabric of a city. As in the case of Marseille, the port preserves its value and identity as an anchor for revitalisation of the city through constant apprehension of its history and culture. The facility and infrastructure of a city through architecture might be one important aspect, though the most significant and inevitable role of architecture in a city is to provide spaces for leisure, celebration, interaction, events, historical overview and safety so that the happiness quotient increases automatically and that city prospers and thrives into the future. Throughout the expedition, an understanding of conscious decisions taken at every stage regarding concepts, details, zoning, massing, connections, materials, colours, techniques and technology is perceivable, while prime importance is awarded to the city’s anchor.

'Monet, Renoir, and Chagall' is a journey from Impressionism to Modernism 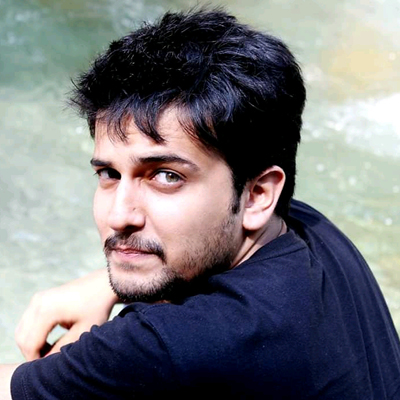 An architect and writer, Maulik of studio Archohm is a keen photographer and a travel enthusiast. Having explored places like Japan, South Korea, Singapore, and Europe, he is driven by the language and morphology of cities. He has worked on a range of projects from institutional and cultural to urban development in the public sector. A member of the infrastructure team, he has worked on urban design and master planning of railway stations pan India.

An architect and writer, Maulik of studio Archohm is a keen photographer and a travel enthusiast. Having explored places like Japan, South Korea, Singapore, and Europe, he is driven by the language and morphology of cities. He has worked on a range of projects from institutional and cultural to urban development in the public sector. A member of the infrastructure team, he has worked on urban design and master planning of railway stations pan India.

What is the shape of sound? OPEN Architecture probes with a monolith chapel Dec 15, 2021

Casa Turquia by Meireles+Pavan Arquitetura is a sensorial feast in Carrara marble Dec 25, 2021

'At the kitchen table' is a show of documents and their manifestations Jan 04, 2022

Casa Turquia by Meireles+Pavan Arquitetura is a sensorial feast in Carrara marble Dec 25, 2021

Private Museums of the World: Magazzino Italian Art An homage to the Arte Povera collection Nov 12, 2021