“With cities, it is as with dreams: everything imaginable can be dreamed, but even the most unexpected dream is a rebus that conceals a desire or, its reverse, a fear. Cities, like dreams, are made of desires and fears, even if the thread of their discourse is secret, their rules are absurd, their perspectives deceitful, and everything conceals something else.”
– Italo Calvino, Invisible Cities

While the modern world of architecture went slightly astray with the invent of RCC (reinforced cement concrete) buildings a century ago, there exists a world that still carries clues of one of the most sophisticated construction techniques, practiced since more than seven centuries. In Srinagar, the capital city of Jammu and Kashmir, the houses, mosques and public institutions boast of refinement, the same that is evident in the everyday life, right from the language to the carefully curated wazwans (Kashmiri meal) or the gossamer pashminas.

While you gently float through its many streams, perched atop the light and airy shikaras (a light, flat-bottomed boat), the loquacious boatmen talk at length about the romantic history of this town. Certain parts of it still carry the romanticism of a medieval town and blur the notion of time and context. While they narrate the stories about the merchants traversing the Silk Route, one’s eyes witness a moving diorama of an architecture soaked in the past; of the robust limestone plinths, which carry light interwoven structures of wood and brick, the intricately carved zoon dubs (a cantilevered balcony designed to view the moon) hanging out from the edge of the houses and the roof eaves graciously supported over vast wooden trusses and brackets

A recent visit to Srinagar strengthened my belief that the traditional prefabricated construction using wood, stone, and brick not only gave a sense of immaculate scales and proportion to the design, but also, through extensively refined detailing, helped build structures that became resilient to the vagaries of time. Most of this skilled craftsmanship of creating magic with wood is now slowly getting replaced by dry, cold concrete structures and what remains is mostly now seen in the building of houseboats that weave their own stories of master engineering the natural wood, into dreamy palatial floating houses.

Carefully alighting my boat that brought us from one of the many ghats (riverbanks) on the Dal Lake to the houseboat we were staying in, I witnessed the unravelling of dawn over this lake. As a contrast against the solid houseboats anchored over the water, were, many shikaras waltzing, with their boatmen selling flowers, perfumes, colorful papier-mache jewellery boxes and a bouquet of karigiri (workmanship) that Kashmir is known for.

“The underside of these houseboats is made using the core of deodar logs that have been soaked in water for two-three years. The life of the boat depends on the number of joints within the base structure. Tree trunks of 20 m length are sourced and we make the substructure on the ground; manually push it into water and then the entire superstructure is carved out with its exterior in Deodar and the interiors in Walnut wood,” explained Karim, the caretaker of the houseboat named ‘Mother India’.

Commonly known as Doongas, these structures continuously float over water, house 20-25 people and are designed to last anywhere between 100-125 years. One climbs a series a wooden steps to enter the front deck screened by intricate wood carved jaalis, followed by the drawing room, a dining space, and a series of six to eight spacious bedrooms, all lined up like the interiors of the old Orient Express train.

Located at the centre of the Silk Route with influences from Persia to Xanadu, the city of Srinagar is dotted with a cornucopia of historical evidences, with varied refined architectural styles. One of them being a Sufi dargah that is more than 700 years old. Situated next to the Jhelum river, commonly known as Shahi Hamadan or Khanqah-e-Moula, this shrine is dedicated to Mir Sayyid Ali Hamdani, a revered preacher and scholar belonging to Persia's Hamadan city.

From a distance, one sees its remarkable wooden pagoda, reminiscent of the Forbidden City in China; the gaze is then carried down to the Jenga-ist square structure built of wooden balks interlocked at the corners. The spaces between the balks are filled with very small and carefully dressed bricks. All this, sits atop a clean cut limestone plinth with its proportions inspired from early Buddhist, Hindu and Islamic styles. The basic structure is surrounded by double arcaded wooden cloisters with pinjra-kari (geometric wooden latticework) screens and khatamband (wooden pieces fitted into one another) ceilings.

The interior of the main hall is a sharp contrast to the sombre dark wood and limestone exterior. The drama of multi-hued papier mache covers everything from the ceiling to the carved floral patterned dados and the four wooden columns, covered with pieces of wood arranged in fish-bone patterns, with their 16 sided capitals adorned with acanthus leaf decoration. Stepping inside the dargah can be best compared to entering multiple coloured jewellery boxes sold around the Dal Lake, a craft that best represents the colour filled life of the people in Srinagar.

Caught between the growing modernisation and the desolation created by the political unrest, the architecture of Srinagar carries the resilience and the humour of the Shikara boatman, who carries a childish chuckle behind his brawny seasoned face, much like the exterior and the interior surfaces of the Shahi Hamadan.

I would like to thank ‘Kashmir Off Road’ (kashmiroffroad.com) for creating this beautiful 24-hour experience of Srinagar for us. 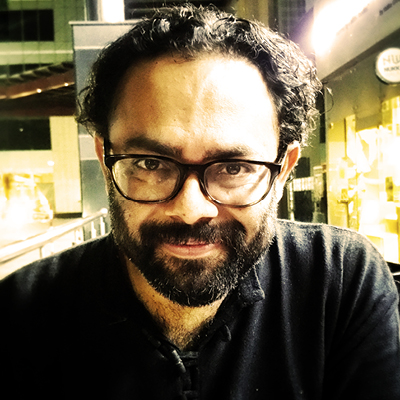 An alumnus of CEPT, Ahmedabad, Manish started his career in the events and exhibition industry. Currently, he is the Principal Architect of M:OFA Studios, which under his leadership has won several awards and competitions. His work generates from an intense stimulation invigorated by life itself. Manish believes that a sustainable ideology can never be an isolated entity and should be a part of an all-inclusive process of design.

Jaime Hayon reinterprets animals in crystal with Faunacrystopolis for Baccarat

Maker’s Asylum provides a meaningful solution to assist the public and healthcare workers in India by crowdsourcing for M19 Oxikit, an open-source oxygen concentrator.

The California-based automotive company has developed a concept for a long range, solar powered electric vehicle boasting a stylised design and cutting-edge technology.

Art at the Oscars: the campaign artists behind the graphics of 2021 ceremony

Part I: Drawing from a diverse array of perspectives, the seven key visuals for the 93rd Academy Awards reflect what cinema means to the film industry and general public.

Lover’s House by Isla Architects is a Spanish residence bathed in romance Mar 13, 2021

LeuWebb Projects’ public art installations are a revelation on history and perception Mar 09, 2021

Anne Lacaton & Jean-Philippe Vassal, the 2021 Pritzker laureates for whom demolition is an act of violence Mar 17, 2021