On a cultural trail in Croatia

Through cobbled by-lanes, under historical archways, and all around a stunning medieval city, Karishma Bajaj digs into a beautiful slice of the cultural past in Dubrovnik, Croatia.

It is one of those places I have always wanted to visit. So when my friend, who lives in Montenegro, suggested that we do this trip to Croatia together, I did not need convincing. It did take forever to plan though — there’s so much to see. Let me actually correct that, there are so many places to go to that you cannot do everything in one go, unless you are okay with rushing through all the things to see. And I was not, because I enjoy my art walks and gallery-hopping sprees. So for this trip, we picked Dubrovnik.

Known as the pearl of the Adriatic, Dubrovnik has been listed as a UNESCO World Heritage Site since 1979 — this is one of the first few things I read about the city. It is also what drew me to the city, and not surprisingly, this was the first impression I had of the place. That it is really old! You become a part of its history as you walk around, you think of it, you actually feel it. Even the air smells medieval!

The city with its medieval infrastructure, street works, and most importantly, the solid city walls, is known for its stunning architecture, spectacular churches, monumental museums and fountains — and we were looking forward to exploring it. Since cars are not allowed here, walking around the ‘old city’, as it is fondly referred to, you begin to expect the ‘oldness’ as you meander through the cobblestoned by-lanes.

All of the architecture is medieval, it takes you back in time to a different era altogether. I found that extremely interesting, because as much as there were so many tourists, and that ought to have flushed the place with modern vibes, right? In fact, I feel compelled to say that in spite of there being so many tourists, the place retains its historic air, because as soon as you step off the main street and into a by-lane, the stone walls and arches step right back in and become your constant points of observation. Oh yes, and just to add a touch of fantasy, the number of cats that are on their morning walk alongside you definitely makes you think of the days when witches and war lords walked those very same pathways.

The old city, we find out, has shown an astonishing ability to survive over the ages…quite literally. In 1667, the entire city was damaged by a massive earthquake, but it has still managed to preserve its beautiful Gothic, Renaissance and Baroque architecture. A few places worth visiting include Rector’s Palace, the Franciscan Church and Monastery, Stradun street, and my favourite, Lopud Island.

Stradun was a great place to start our exploration of the city. Literally translated, ‘stradun’ means big street. And that is exactly what it is, a big street running through the city. I could totally get into the shopping bits and tell you what to buy where and where to go for which shops — you can write to me separately for all that information!

I will talk instead of the stunning Baroque architecture that lines the street’s busy length of 292 metres. What I found most interesting was the fact that the houses were built with the ground floor containing their shops, the first floor was used for their living areas and bedrooms, and the top floor housed their kitchens, something which is not what you notice in the rest of the world at all! Their logic is that in case of a fire, and fire travels upwards, it was cost-effective to replace a kitchen and a roof instead of the whole building!

Next on the agenda, our visit to the Rector’s Palace was very exciting. A bit about its history - the palace used to be the centre of political power in the city. The Rector was elected from the noble families and ruled for only one month, and during his rule for that one month, he was not allowed to leave the Palace at all. What a clever way of handling any potential corruption!

Today, it is a cultural history museum where you can visit the offices and quarters of the rector. The Atrium at the Rector’s Palace has excellent acoustics, and is often used as a concert venue. In fact, we were lucky enough to catch the late summer music festival with the symphony orchestra led by Marc Tardue.

One of the highlights of the trip for me was the Franciscan Church and Monastery with its pharmacy situated on the Stradun in the Old City. The Museum is based around a courtyard of orange trees and contains pharmaceutical instruments and presses, dating back to 1317 that were used by the Old Friars in their pharmacy. The cloister is decorated with remnants of old frescos that I could have spent all morning staring at. I have to add here, that the pharmacy is one of the oldest in Europe, which is still functioning!

As we are exploring the by-lanes of the old city, we stumble upon Buza Bar. It’s a hole-in-the-wall sort of place overlooking the ocean on the cliffs. The bar is really small and does tend to get crowded, thanks to its amazing sunset - if you are up for this kind of thing after a long day walking around, I would recommend that you arrive early. In fact, the Stradun is lined with cafes with live music that all seem to come alive in the evening. It is quite lovely really, to be living the history of the place, listening to some old jazz while sipping on a cold gin and tonic.

Now for my favourite part — we rented a boat to explore the islands around Dubrovnik. Lopud, with its fine white sand beaches, is considered the best beach in the Elafiti Islands, so clearly it was our first choice. This place can be super busy in the summer, but it’s just as beautiful in the off-season months. In its heyday, Lopud counted 30 churches, several palaces, and two monasteries. The island was devastated by a 17th century earthquake and never really recovered. A walk among the ruins gave us quiet time for reflection, with the twinkling waterfront as a backdrop.

The island has a very interesting art pavilion, first installed at the prestigious Venice Bienniale contemporary art exhibition, called the Black Horizon Art Pavilion. It’s a remarkable fusion of art and architecture that challenges visitors to perceive the landscape through a louvred observation platform that essentially creates a new horizon. The contemporary structure is a startling contrast to Lopud's riotous natural beauty. The Franciscan Monastery is another stunning place where history, art, and botanical exploration rejuvenate the senses. With a sensitive approach, the monastery has been adapted to a contemporary space that can host art, symposia, retreats, and many other types of cultural events.

As we moved out from the exhibition space and climbed through a narrow stairway, we arrived at the sacred garden. It’s incredible…the kind of plants you get to see here, especially since they have all been picked carefully, keeping in mind the monastery’s medicinal and healing tradition. The sacred garden is actually contemplative pathway with nine stations, designed for meditation; I chose the station facing the ocean. To meditate in such tranquility takes you on a soulful pilgrimage. The view from the top of the beautiful fortress is breathtaking, the majestic view of the neighbouring island of Sipan, the national park on Mljet and Korcula will make your jaw drop.

I would like to end on the note I began with, that there is so much to see in Croatia that one trip is not enough. In Dubrovnik itself, we had enough and more to do. There’s so much to see, so much to feel, and so much culture to experience. I am definitely going back!

Fashionably at home with Sabrina Monteleone-Oeino

The height of nature: Swedish Treehotel 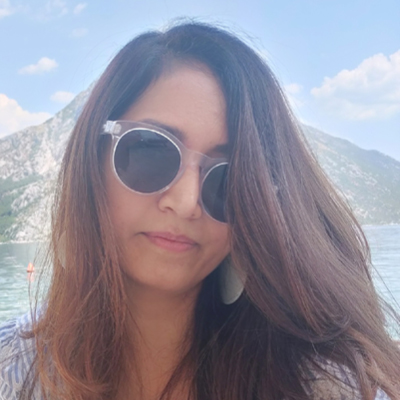 A qualified furniture designer, Karishma is a partner at Red Blue Yellow (RBY), one of India’s most stylish contemporary furniture and design stores. An avid traveller, she has also dappled in other creative fields like making movies. With RBY turning 20, this powerhouse is all set to create new milestones in the creative arena of design, manufacturing and retail.

A qualified furniture designer, Karishma is a partner at Red Blue Yellow (RBY), one of India’s most stylish contemporary furniture and design stores. An avid traveller, she has also dappled in other creative fields like making movies. With RBY turning 20, this powerhouse is all set to create new milestones in the creative arena of design, manufacturing and retail.