Artificial Intelligence treads the line between humans and technology

In seeking to explore the implications of artificial intelligence, the exhibition AI: More than Human, at London’s Barbican Centre, holds a mirror to the history of human nature.

AI: More than Human, at the Barbican Centre in London, is ambitious in its attempt to explore the evolution of artificial intelligence, but the curators succeed in deftly weaving together this extensive narrative. The exhibition takes a broadly chronological approach - from the earliest documented human impulse to bring life to the inanimate, to questioning the future of the human existence living in tandem with AI - while layering important ethical and philosophical questions throughout, resulting in an unprecedented survey of creative and scientific developments in artificial intelligence that probes at the very core of this complex relationship between humans and technology.

Packed into The Curve gallery at the Barbican, with curatorial sections separated only by fine gauze screens, the exhibition is a cacophony of pop culture references, whirring computer mechanisms, and animated assistants; it hardly seems possible that it would be able to explore more than a fraction of this vast subject, but through a balance of significant historical artifacts (including Charles Babbage's mechanical computer from 1837) with immersive art installations and interactive displays, the Barbican condenses an exceptional amount of information into the narrow space and sets the scene for visitors to decide for themselves how best to navigate our relationship with AI.

Humans have long seen the world in their own image, and the exhibition opens by looking back to when we first became aware of this impulse, starting in Jewish folklore with the golem - an animated anthropomorphic being created entirely from inanimate matter (usually clay or mud) - tracking its subsequent reincarnations through popular culture such as films, Marvel comics, and even Pokemon. Similarly, the Japanese philosophy of animismis explored through artefacts dating from 14,500 BCE to the present day - inanimate objects carved from stone in the human form, to be used for prayer; chopsticks and rice bowls that are said to embody Kami spirits; and Manga characters such as Doraemon, possessing human emotions and intelligence.

Evidently, the desire to infuse and evoke human life in other forms has existed across cultures, throughout time. This is best shown in the exhibition’s exploration of alchemists of the Middle Ages through to the Gothic notion of the uncanny - periods of experimentation, borne of a desire to transform one substance to another, the dead to the living, the natural to the artificial. There are references to Mary Shelley's Frankenstein (1818) and E.T.A. Hoffman's Der Sandmann (1816), through film clips and early edition publications, both of which experiment with ideas of galvanism and occult to present a frightening yet fascinating portrayal of AI - attitudes that, despite significant advances in technology, have not changed over time.

There is a sense of eerie familiarity that echoes through The Curve. Film clips play on a loop, with phrases like "you're so different, you're so perfect" from Ridley Scott's Blade Runner (1982) resounding through the gallery - highlighting timeless human traits such as our fixation with creating perfection through artifice. Elsewhere, an interactive display shows poems on a screen and asks you to guess if they are written by real people or the product of AI, urging visitors to question what it means to be human.

AI is now inextricably entwined in global systems, and the third section, 'Data Worlds', asks how implicit we are in contributing to the development of these systems - our reliance upon them and the information we are willing to provide in exchange for the services they support. A graphic animation created by Ann Cuna and Luis Sanchez, AI in China (2019), raises questions about the value of freedom, truth, and privacy, by highlighting the vast scale on which the Chinese government is using AI to monitor the nation's population, including a credit rating system for citizens' services and behaviour, prompting viewers to comment, "Oh it is just like in Black Mirror" [the hit Netflix series that explores techno-paranoia].

The final section, 'Endless Evolution', considers the future of our species, from using AI to revolutionise healthcare to the creation of 'deep fakes' - a technique to edit the transcript of a video to create convincing simulations for malicious purposes. An open letter from the Future of Life Institute calls for immediate action to ban offensive autonomous weapons beyond meaningful human control, with signatories including prominent industry names such as Yann LeCun (Head of Facebook’s Artificial Intelligence Laboratory) and Elon Musk (SpaceX, Tesla Motors). If the people pushing these technologies are concerned about the ethics of their potential uses and implications, should we not be also?

The overwhelming impression one receives from AI: More than Human is that while AI and its uses continue to evolve, it is permanently associated with the human notion of progress and development. This idea, in many ways, is exciting, disturbing, and prosaic in equal measure. Far from being the province of wild science fiction, the true spectre of universal AI raises ethical questions of privacy, freedom, and truth; more importantly, it forces us to reflect on the make-up and core values of our civil society - more social science than science fiction. 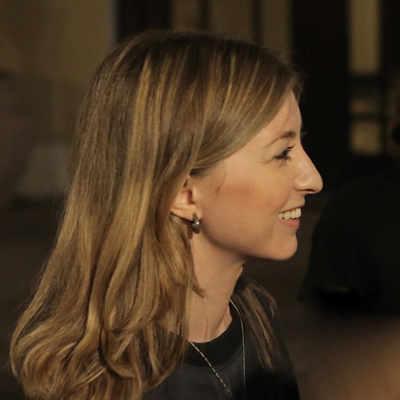 Asian Paints colours an illusory journey of the past and future with Silver Escapade Jan 16, 2023

The Architecture Drawing Prize 2022 winners attest to the power of illustration Dec 13, 2022