Fedora Akimova is a mixed-media artist, working on installations, videos, and objects. She was born in 1987 in Kyiv, where, after obtaining her first degree in Printing and Graphics, she began her career in the creative sphere as an illustrator. In 2010 she moved to Russia – first to Kaliningrad, afterwards to St.Petersburg, where she studied decoration and staging. Diploma in Theatre Decoration and Stage Design has impacted her future career as an artist, as she started embedding diverse techniques into her artistic practice. From 2017 till March 2022 Akimova resided and worked in Moscow, had multiple exhibitions in private galleries and large institutions, including Garage Museum of Contemporary Art, MMOMA Moscow, Cosmoscow Contemporary Art Fair. In March 2022 Akimova moved to Tbilisi, Georgia.

After moving to Tbilisi, Akimova was invited to take part in the Ria Keburia residency program, supported by the Ria Keburia Foundation, founded in 2018 by the Georgian patron of the arts, Ria Keburia. From its early days, the Foundation aimed to support the development of contemporary art scene in Georgia and the region of South Caucasus. By raising awareness of various global art processes, it created intercultural contexts and brought together a diverse community of arts professionals. Main locations of the projects, run by the Foundation, are the sculpture park and the exhibition hall on the residency grounds in Kakheti (region in eastern Georgia). The main focus of the current artist residency program is Artists at Risk, which is aimed to provide an on-going support and a platform to those artists who had to leave their home countries within the past year. Artists are invited to develop works which critically investigate, challenge and extend the existing norms of artistic practice.

Current show Homin by Akimova, curated by Masha Kriuchkova at Ria Keburia Foundation, talks about the war through the themes of memory, loss of home and the unification of experience through death. Described by Ria Keburia as the cosmopolitan artist who has found herself in the middle of two battles - her native roots and the country of her previous residence - Akimova says that “Homin is translated from Ukrainian as a hum, noise. This word has a direct meaning: war constantly makes people experience horror through sound. Air raids, explosions, crying and screaming - all this merges into a homin, and turns into a sound chimera. But this is quite obvious, and the name also has another meaning, which rhymes with the exposition space. It's about the hum of silence. When people are dead, that buzz doesn't go anywhere. This silence is the most terrible hum". After the world had dramatically changed due to the events in Ukraine, the visual artist started looking for a new artistic language.

The project Homin consists of three parts: the land-art object Chapel, art installation Homin and the Black Room. The Chapel was created from fragments of furniture and referred to the famous photograph of a kitchen cabinet that miraculously survived on the wall of a house destroyed by a Russian bomb in Borodyanka. Akimova was collecting wooden furniture pieces in the form of a chapel facade, thus creating an object that was both a monument to the architecture of destruction and to the afterlife of the destruction.

In the main exhibition space Akimova has created the installation Homin – a series of triangles, similar to a simple shape of a roof. Its rhythmics referred to documentary photographs of military graves. Glass objects in this total installation are readymade – objects which were once possessed by civilians from a village near Irpin. Transformed by the war, melted down by explosions, deprived of their functions and their familiar look, these objects refer to the personal histories and destinies.

In an interview with STIR, Akimova mentions that "the main part of the project is a total installation with sound, and it is primarily about immersion in the atmosphere. In this immersion details are very important, especially the found objects - pieces of melted dishes are crucial for the installation, as they symbolise the lost lives of people, many of which cannot even be buried. When we discussed the idea of composition with Guga Kvelashvisli, musician and sound designer, we thought about how not only to show the silence itself, but its fragility, because this silence can be broken at any moment, because it is sinister in the context of the war. In addition, the exposition pattern refers to war graves, and the cemetery has this sound of silence. The result is a composition that consists partly of a mosaic of natural sounds, reminiscent of something beautiful, but gone, and, of course, contains a rumble in which the voices of departed people, explosions, and crying seem to merge into one."

In the Black Room the sound artist focused on the problem of post-traumatic memory. This phenomenon is characterised by the loss of random episodes of events or a time period. The exposition is scattered and fragmented. The icon cases resonate the traditional shape of the icon. As the mixed media artist says, "the glass melted from the high temperature, and the metal turned black. These objects were sent to me by a volunteer friend - she and her team cleared the rubble after the bombing in a village near the town of Irpin not far from Kyiv. These readymade objects were created by the war, and it is important that they are next to the hand-made art objects created by me."

Immersive exhibition Homin is a depiction of memories and flashbacks. But the atmosphere of the solo exhibition is peaceful, as if we were witnessing the episodes, frozen in time. Commenting on it, Akimova says, "It’s hard to talk about the war in artistic language using artistic methods but it is needed. However, I am still an artist, not an activist or politician. Usually, they are using posters and very straight and simple statements, and gestures, but as an artist, I choose another language. This hum of silence, which we are talking about, is no less important than a clear statement because it should make you stop for some time and see the real pain of the war instead of endless news which have already became a routine for millions of people.”

The exhibition Homin is on view at Ria Keburia Foundation, Kakheti, Georgia, until September 30, 2022. 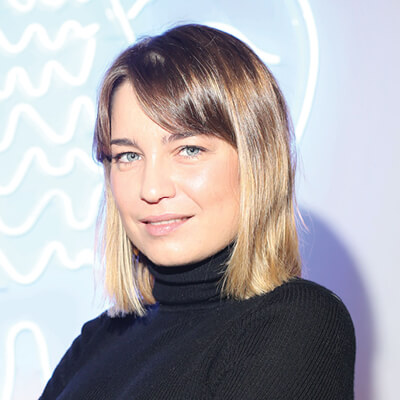