For decades, the typography of what was once East Germany defined by Plattenbauten, was a wash of sterile grey set in cold concrete. Stoic vestiges of the Cold War, Plattenbauten were apartments built as a response to the scarcity of public housing in the region. Decades of neglect had led these austere units to become a claustrophobic presence in the cities.

However, as Germany comes together to celebrate 30 years since the fall of the Berlin Wall, the urban neighbourhood of Voßstraße in Halle (once an East German city), is marked by a majestic sweep of colour.

Against the city’s clear blue skyline, the once decrepit Plattenbauten buildings have been transformed into technicolour wonders. Painted across 8,000 square metres of wall surface are larger-than-life murals that lend an animated charm to the city’s character.

A home-grown, interdisciplinary collective of artists and urban planners, known as Freiraumgalerie, is responsible for this transformation. Around two years ago, the collective was approached by a housing company named Hallesche Wohnungsgesellschaft mbH (HWG) that wanted Freiraumgalerie to reform Voßstraße’s antique vista, as part of its renovation project. “We thought that an art project would be a strong statement,” says HWG’s spokesperson, Steffen Schier. “We would invest in these buildings; we believed in this residential district and we (wanted to) do this with local artists.”

Anchored in themes of history, nature and science, Freiraumgalerie’s art project is called Balance Act. It celebrates the idea of embodying twin identities, creating a fine balance between the past and the present, between oppressive architectural lines and light-hearted colours. “The murals at Voßstraße seek to ease up the brutal architecture of post-Soviet prefabricated houses,” explains Philipp Kienast, a member of Freiraumgalerie. ‘These grey cubes are contrasted with a lot of airy and soft spaces of heaven’s blue, creating the illusion of space and dimension.”

Driving through the neighbourhood of Halle, the passers-by are at once struck by the three-dimensional murals splashed across the linear concrete canvases. The buildings could be likened to public art installations. Each artwork complements the other, as though they are visual snippets pulled out from a larger story.

“The murals at Voßstraße function in two different scales: monumental and human,” adds Kienast. “The monumental scale displays objects that can be seen from far away while passing the inner city of Halle. For example, a big planet at the upper level (of the building) or a big ball of wool from which the story literally unfolds. Everything is connected by a visually explicit red line that falls out of the big ball of wool – sometimes it’s a rope or a chain, in other situations it becomes a balancing rope, a pulley or a circuit,” he says.

The beauty of the murals, however, lies in the life-like figures that inhabit them. Before bringing out the brushes and the paint cans, Freiraumgalerie and HWG invited the residents to participate in the project, encouraging them to enact scenes, which the team documented and later recreated on the walls. Freiraumgalerie also shared a collection of pre-drawn sketches.

At the end of the day, the residents were surprised to see how their lives had been interwoven into the city’s artistic heritage. “They really had become part of the artwork,” says Schier. In fact, one of them turned around and told him, “That’s me. Now, I’m art”. 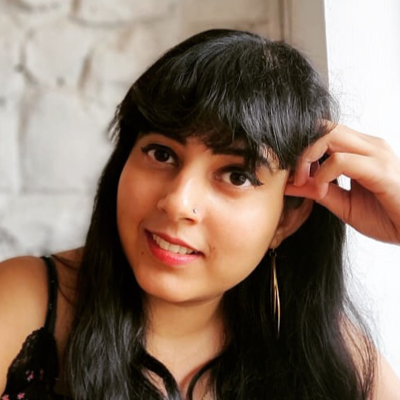 Radhika writes on issues meeting at the intersection of arts, culture, gender and history. She holds a Master’s degree in journalism from Columbia University. She won the Red Ink award for Excellence in Indian Journalism (2018), received the Sanskriti Prabha Dutt Fellowship (2017), and is the recipient of Sangam House Residency (2019). Her work has been published in Al Jazeera, Huffington Post, Vogue, Open magazine and Mint Lounge.

Radhika writes on issues meeting at the intersection of arts, culture, gender and history. She holds a Master’s degree in journalism from Columbia University. She won the Red Ink award for Excellence in Indian Journalism (2018), received the Sanskriti Prabha Dutt Fellowship (2017), and is the recipient of Sangam House Residency (2019). Her work has been published in Al Jazeera, Huffington Post, Vogue, Open magazine and Mint Lounge.

Get It Studio transfigures the nexus of the physical and digital world Aug 02, 2022

STIRring Dreams: Shubigi Rao represents at the Singapore Pavilion with a book and film May 28, 2022