As part of London Festival of Architecture 2019, a panel of urbanists discussed the evolution of Hackney Wick Fish Island in London.

Bordered by canals and waterways following the A12, Hackney Wick and Fish Island (HWFI) were thriving industrial zones before becoming a refuge for creatives when industry dwindled. Situated in the shadow of the 2012 London Olympics, the area has undergone rapid densification over the last seven years, and the question of how to accommodate this without driving out existing communities has been a conscious challenge for master-planners. However, how far have developments been successful as a model for inclusive urbanisation, and what can other projects learn from them?

“It could have been worse,” noted Cany Ash of Ash Sakula Architects. And, of course, it could have been better. Bringing an array of thinkers, makers and all-round agitators together, the group assembled at White Post Café, and exercised a critical ‘rummage’ through the project, calling up lessons learnt, reflecting on missed opportunities and celebrating successes. The discussion was introduced by Eleanor Fawcett, Head of Design at Old Oak and Park Royal Development Corporation, and Esther Everett, Design Principal, London Legacy Development Corporation (LLDC); and was chaired by sustainability consultant, Dan Epstein.

Sitting on the busy canal-side, White Post Cafe is a growing social hub in the area, and beside the buzz of event attendees, there were a noticeable number of quirky locals about too: bearded dads with their undeniably cute kids, trendy young people cheerfully going about their day jobs, up-and-coming business people having some down time with a book on the deck, young professionals enjoying a locally brewed beer after work - and every other second a cyclist whizzing past the window by the waterside. The HWFI project is about so much more than real estate; it is about real people, and being rubbed up against the reality of the place, the public and the local culture in question set a great tone for the discussion.

Fawcett described HFWI prior to development as, “a quiet, working place” - but something was already quietly happening, and, “we had to know what that was before we got started.” There were already numerous businesses and a thriving creative scene, manifesting in theatre groups such as Hackney Wicked, for example. They were doing things, cultivating their craft, pushing creative boundaries; but, they were invisible, “literally and in status.”

One of the challenges, then, has been to ‘make the invisible visible', so to speak. This was bravely taken on by Muf architecture/art, which was commissioned by the LLDC to demographically map the area. They found, astonishingly, that there were 610 artist studios, with up to five artists per studio. Fawcett called this a ‘watershed moment’, completely changing their approach. The focus became protecting, supporting, and integrating these communities into the development, rather than pricing them out. By firmly grasping goings-on ‘on the ground’ and beginning with grassroots strategies to ‘steer and corral’ change in a good direction, HWFI has taken great steps that other developments should definitely refer to. As Juliet Can, director of Stour Space, said, “If there is anything to be learned here, it is the role that grassroots played.”

Still, integrating these communities has been no easy task. “The challenge has been affordability,” Ken Okonkwo, Associate Director, Haworth Tompkins, emphasised, and it was acknowledged they would not have been consistently successful in this area, despite their brave approach. Lucinda Rogers of Save Hackney Wick commented in this vein, noting that attempts to create a vibrant community will be severely limited, “if change means you have to move due to higher rents.” If too many people are driven away, they will have fallen shy of the initial goal - to protect existing creative communities. “I want to know how many people were forced to move on,” she earnestly appealed. The measure of success remains to be seen, however, as Muf architecture/art is currently conducting another demographic analysis. This will be invaluable towards providing a good basis for comparison to see who has been driven away beyond the red, dotted boundary line of the masterplan, and who remains in the midst of a thriving new community.

A further challenge of the project, and part-and-parcel with recognising culture is understanding heritage. In this regard the project made great leaps. Ash noted, “There is a fine line between memorialising and making a thread.” Liza Fior, of Muf, agreed there is a tendency to “‘take care’ of the fragile - and build its gravestone.” It is ironic: things we build to remember the past become the very objects causing us to forget, as living memory devolves to static recollection. How could memory and heritage become active and imaginative within HWFI?

Everett pointed to the White Building: led by David Kohn Architects, the refurbishment of an historic building on the canal-side provided a new cultural centre for local artists. “It was our most challenging project,” said Everett - perhaps precisely because it walks that fine line between memory and imagination, between histories and artistic tendencies to imagine new futures. “It shows how an ordinary building can be characterful, retaining heritage whilst also offering non-residential use.” Fior, however, countered that the project “did not go far enough,” and that they should have gone further into the “nitty gritty” to avoid the kitsch. This is perhaps then a lesson to be learnt for future projects, if not in the approach to the idea, in its execution.

Creating such an active, imaginative, vibrant ‘place of many places’, as Ash called it, requires intense collaboration. Andy Puncher, founder and director at PH+, worked on a site alongside Ash Sakula’s Wickside development. Emphasising collaborative design processes, he recalls, “We met Cany (Ash) and designed together. Inspired, we picked up the phone and spoke to other architects in the area.” Eventually, this led to the formation of the HWFI Retrospective Masterplan team. With 27 unique architectural voices involved, conversation became vital to create both variety and cohesiveness, and in this regard the project sets a good example. However, properly cultivating the plurality of a place of many places requires an understanding of the multiple ways of living, and how lifestyles change.

Hackney Wick and Fish Island are still in the midst of growth, so it is difficult to fully gauge success. It is good to hear words of wisdom from those who have been so closely involved in making the project a reality, but there will also be a need to come down to earth and hear from those on the ground again. Muf’s upcoming analysis is a good indicator that the on-ground approach, so integral from the start, will also be integral for the finish. Seeds have been sown; ground has been cultivated; the tractors have been out in the field - now we need to wait, see what grows - and if it will indeed grow beyond the red line, tick-box standard of ordinary developments. Who knows, maybe we can look forward to a future retrospective discussion in 10 years? Or just perhaps the place will be so vibrant that we no longer need to speak of it - rather, it will speak for itself. 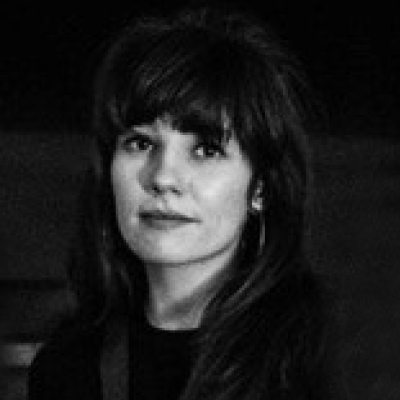 Intrigued by notions of home, place, and the seemingly incongruous friendship between the poetic and the pragmatic, Rosie occupies the crannies between whimsy and reality to seek out an architecture that is both strange and substantial; both fantastical and functional; both fictional and real. Rosie has written for the RIBA Journal, curates a small arts magazine, and her dissertation 'Species of Nooks and other Niches' was awarded the RIBA Presidents Medal Dissertation Prize in 2018. She is an M(Arch) student at Edinburgh University and is currently working in London.

Intrigued by notions of home, place, and the seemingly incongruous friendship between the poetic and the pragmatic, Rosie occupies the crannies between whimsy and reality to seek out an architecture that is both strange and substantial; both fantastical and functional; both fictional and real. Rosie has written for the RIBA Journal, curates a small arts magazine, and her dissertation 'Species of Nooks and other Niches' was awarded the RIBA Presidents Medal Dissertation Prize in 2018. She is an M(Arch) student at Edinburgh University and is currently working in London.

Móberg Nursing Home in Iceland aims to be a home where architecture heals Sep 22, 2022