Fortuny Museum: a timeless velvet garden in the heart of Venice

The new permanent exhibition curated by Pier Luigi Pizzi reveals the modernity of its interiors while also inviting us to reflect on the relation between the West and the East.

Mythological figures and luxuriant fragments of greenery intersect in clippings of the clear sky while, in the next room, soft shades of pink envelop a series of portraits from the Belle Époque: these are only a few among the many visual impressions that surround the visitor entering the main floor of Palazzo Pesaro degli Orfei, currently known as Fortuny Museum, in Venice, Italy. The art museum was once the house and studio of Mariano Fortuny y Madrazo (1871-1949), an extraordinarily prolific designer, artist and photographer whose name is mostly recognised abroad for the textile design and lighting design products that are still produced by the homonymous factory on the island of Giudecca.

After having been seriously damaged during the ‘acqua granda’ flooding in 2019, the museum was restored and re-opened to the public during the past spring: the new permanent exhibition curated by Pier Luigi Pizzi with Gabriella Belli and Chiara Squarcina elegantly reflects the wide imagery of Fortuny, also thanks to the theatrical sensitivity of Pizzi, one of the most important living Italian masters in the fields of opera direction, costume design and set design. After the restoration, the museum re-emerges from its temporary oblivion under a new perspective, helping us reflect not only on how to update installation solutions inside historical buildings but also on the concept of interior design.

Spanish by birth, Venetian by destiny, Fortuny inherited from his father, who was an accomplished orientalist painter, his love for both the Middle East and the Far East, which was soon accompanied by a similarly deep interest for the Mediterranean world, in particular for Greece and North Africa. All these cultural elements, together with proper knowledge of the Italian artistic tradition and a peculiar passion for the music compositions by Richard Wagner and the consequent rediscovery of Germanic mythology, led Fortuny to build a fine collection mostly consisting of decorative artworks, while also decisively influencing not only his aesthetics as a designer but even more the interiors of his family palace.

Moving away from the negative connotation originally theorised by the Palestinian American intellectual Edward W Said (1935-2003) in his most relevant essay Orientalism (1978), the fascination for the East in Fortuny’s work turns into a modern and original combination of Western and Eastern imageries, very far away from the politically correct controversies the contemporary culture is experiencing nowadays. We should also consider that Venice itself has always been represented as one of the most meaningful melting pots in the world and Fortuny was able to express not only the Zeitgeist (spirit of the time) but also the spirit of the place where his life and work revolved around.

While walking through the rooms of the palace during a summer morning, the memories of how the museum was before the restoration immediately contrasts with the bright beauty of the current installation view. Until November 2019, wide curtains and heavy drapery often acted as a barrier to natural light, which now directly filters from the windows. The interiors were pervaded then by decadent shadows that certainly contributed to the charm of this museum, although simultaneously transforming it into a sort of time capsule. Now the rooms are a triumph of pastel tones and precious details that efficiently convey the importance of light in the work of Fortuny, who was also an established stage and lighting designer: in fact, according to him, light had to be as diffused and indirect as possible, and the current permanent exhibition is literally wrapped by a soft light that often makes the interiors resemble a delicate drawing.

Moving from one room to another, we can admire the vibrant frescoes of the Winter Garden, the printed velvets first patented in 1911 that now unfold between the wide sofas and the walls, the furniture covered by sumptuous Murano glass, all of this in constant dialogue with Fortuny’s paintings and the rest of his collection. Last but not the least, we can also find his fashion creations, among which we find the famous silk plissé, a successful patent from 1909 inspired by the Minoan culture. Another great American intellectual, Susan Sontag (1933-2004), who chose to wear a Fortuny “Delphos” dress for her burial, wrote in her diaries, shortly after having visited post-war Vietnam, that there is nothing more difficult to overcome than cultural difference: today, while rediscovering the genius of Fortuny in his museum, we can learn again to welcome differences and find a meeting point to transform them into a timeless beauty. 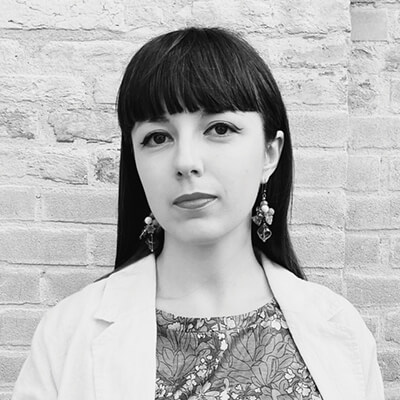 Hanging by a moment: A home suspended between two hills in California Oct 17, 2022