Inside the playful curious world of artist and designer Bruno Munari

The Center for Italian Modern Art (CIMA), New York, showcases Bruno Munari: The Child Within, exploring Munari’s works through the lens of his innovative books for children.

The Center for Italian Modern Art (CIMA), New York, opened its doors for the exhibition titled Bruno Munari: The Child Within, for its fall 2022 season. The exhibition, organised in collaboration with Corraini Edizioni, under the patronage of Istituto Italiano di Cultura, New York, was curated by Steven Guarnaccia, author, illustrator and an associate professor of illustration at Parsons The New School for Design in New York City. The exhibition features approximately 130 books, objects, and artworks from archives, museums, galleries, and private collections of the Italian designer.

Bruno Munari (1907-1988) was born in Italy, and dubbed as the enfant terrible of Italian art and design for most of the twentieth century. Virtually all descriptions fail to describe the totality of Munari’s work as an ‘experiment.’ And he did so to discover new ways to think and perceive the reality around us all with the aim of opposing any form of mental rigidity, intellectual fundamentalism, and immobility.

"Bruno Munari is one of the great unknown modern designers,” says Steven Guarnaccia, in an exclusive conversation with STIR. “He flew below the radar of widespread attention as his practice is broadly multidisciplinary. He was a product designer, a furniture designer, lighting designer, a theorist of design, a toy designer, the author and illustrator of numerous children's books, a sculptor, a printmaker, and the creator of kinetic art and machine-like objects. He was one of the last Futurists, and designed one of the few metal Futurist books, he was also designing playful objects for Danese in the 1980s. In general, design establishments and critics don't like generalists and Munari approached each of these creative disciplines with a sense of play, humour, and wide-eyed discovery. Playfulness doesn't play well with the same critics who don't appreciate a generalist,” adds Guarnaccia.

The Italian artist had a very democratic and anti-elitist idea of art: for him, art was not an exclusive luxury product made for a few, but a product destined to foster the cultural development of a wider, open-minded audience.1 “Things can be made art even with a sheet of paper cut and folded in a certain way,” said Munari in one of his workshops with children.

Focusing on the essence of the art exhibition, Guarnaccia further elucidates, “It's my contention, and the premise of the show, that the key to all of Munari's work is through his books for children. He was a genius of the book and knew how to deploy its many properties—paper (and other materials), pages and binding, sequencing, and the book's quality as an object, to make some of the most astounding books for children ever produced. He understood that for children, all experiences are first experiences, and he intuitively understood that sense of wonder at encountering this content and experience delivery system known as a book, for the first time."

Books, play, and education represented fundamental crossroads in Munari’s artistic production2 and he went on cultivating this prolific union for five decades, starting from the 1940s. Munari paid special attention to the importance of play as a particularly helpful tool for the development of children’s personalities. He, therefore, started turning his interest to game and toy production. In 1951, thanks to a fruitful cooperation with the tyre manufacturing company Pirelli, he created the cat Meo Romeo and the monkey “Zizi”—two toys in foam rubber, which won him the ADI (Industrial Design Association) Compasso d’Oro award in 1954.

Munari's entire life was accompanied by books, and the world of children’s books was part of his work right from the beginning. It was already at the age of 22 (in 1929) that he produced his first illustrated volume. Throughout his long artistic career, he wrote over 70 fiction and non-fiction books, including a unique multilingual guide to Italian hand gestures.3

Through his books such as, Nella nebbia di Milano or Cappuccetto Giallo, Munari makes careful choices about the surprising situations portrayed in his stories, in an attempt to convey the sense of the fabulous in everyday life through simple devices: flaps, smaller pages inside normal pages, illustrating on both sides of translucent pages, among others. As critic and art historian Filiberto Menna pointed out in 1966, Munari did not wish to "produce any kind of collective amazement [...] quite on the contrary, he wished to create little fantastic worlds for domestic and everyday use, places which should be contemplated, psychically inhabited, enchanted”.4 For him, it was important that children should enjoy complete freedom of action in this process of cultural construction, “a playful process of negotiation, imagination, orchestration, interpretation, and experimentation, using visual strategies of noticing, searching, exploring, hypothesising, comparing, labelling and strategising.”5 Munari reached these objectives by experimenting with the mechanism of play in his children’s books, using different educational strategies such as co-authorship, disorientation, and the experience of the limit.6

Reflecting upon potential takeaways from the exhibition, Nicola Lucchi, Director of CIMA acknowledges, "The visitors leave the exhibition voracious to learn more about Munari, to browse all the books, to play all the games. The surprises and concepts that Munari explored in his children's books over 70 years ago are still relevant today, and they fascinate children and adults alike. People also make the important connection with Munari's work as a product designer and an artist, two aspects of his career that are less known in the United States, but equally important to understand and appreciate his intellectual trajectory.”

The exhibition is momentous. It presents itself as a mnemonic for creative practitioners to keep the ‘Munari spirit’ alive, in their quest. Corraini Edizioni, publisher of numerous books by Munari, associates with artists and designers like Matteo Loglio who continue to investigate similar ideas through their work. The idea of playing and experimenting with means of production, without any preconceived notions of aesthetics is still radical and relevant, specially with the proliferation of new media technologies in recent decades. With the potential of being a catalyst, the exhibition stands as a marker of Munari’s ingenuity and resourcefulness. What emerges from this, remains to be reiterated.

'Bruno Munari: The Child Within' at CIMA, organised in collaboration with Corraini Edizioni, under the patronage of Istituto Italiano di Cultura, New York is open to the public until January 14, 2023.

Dona Nelson’s ‘ReFiguring, one painting at a time’ renews interest towards paintings 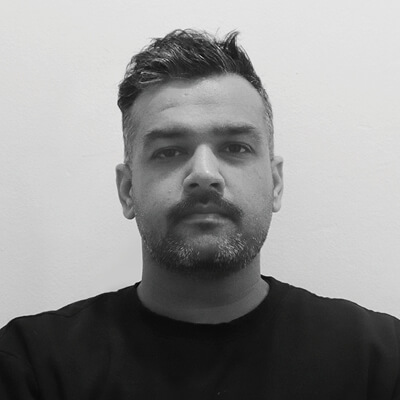