The White Tree, in Montpellier city of France, offers an architectural feast that promotes outdoor living to enhance relationships with one another and the environment.

Inspired by nature, the tower L’Arbre Blanc or the White Tree is the culmination of bright whiteness of the rocks of France and the flawlessness and enhancement of Japanese culture The dimensions of the balconies – that branch off the building like a trunk - highlight the aim to embrace the outdoors, as do the leaves of a tree that fold out in pursuit of the sunlight. The lavish balconies also an answer the need to have environmental solutions closely tailored to the ‘ecology of the south’. Creating an effective veil for the façade, they provide the necessary shade and break up skew winds to help air circulate more harmoniously. The many balconies and pergolas encourage the idea of outdoor living and allow a new type of relationship between the residents and the environment.

“It is nature where we find the building blocks of intelligent life,”believes architect Manal Rachdi, who along with another French architect named Nicolas Laisné, assisted the Japanese architect Sou Fujimoto in accomplishing this iconic and captivating tower block. The conceptualisation and execution of L’Arbre Blanc is an encounter between the cultures of the Mediterranean and Japan. In addition to hybridisation of cultures, this masterpiece is an outcome of cross-over thinking between the generations, leading to an aesthetically pleasing and climatically adaptive gem for the residents of and tourists in Montpellier.

In 2013, Montpellier city council had announced the "Folie Richter" competition, to recognise an outline for a tower to advance the city's architectural history. The RFP (request for proposal) focused on the fact that the striking venture should fit into its environment and include shops and homes. The brief made it clear that the city hall is seeking a group made up of young architeccts working with an accomplished mentor.

Rachdi and Laisné, who run their own practices in France, chose to approach designer Fujimoto for the project. All of them look for motivation in nature despite expressing it in altogether different ways. On this project, these three perceptions complemented each other.

To kick start the venture, the French architects traveled to Tokyo in the late spring of 2013. For five days, they locked themselves in Fujimoto's studio for exhaustive workshop sessions. To reinvent the steady concept of a tower, the engineers concentrated on the human dimensions, making open and public spaces at the base and top of the structure: the ground floor is a glass-walled space opening out onto the road, while on the rooftop there is a bar, open to the general population and a rejuvenating area for all the inhabitants, so that even the residents of first-floor apartments can enjoy the view.

However, what separates the white tower is its architectural design. The structure is inspired by that of a tree, with branches (balconies) hanging off the apartments and shades that grow out of and protect its façade. The detailed attention paid to its setting, and to the native ways of life, guided Fujimoto all through the design phase.

The numerous branches or balconies of L'Arbre Blanc incorporate the porches, whose cantilevers are up to 7.5 meter-long, making it a technical innovation. These uncommon outside spaces are also fully-fleged rooms which are associated with the abodes so as to enable inhabitants to live inside and outside, an extravagance for a city washed in sunlight for 80 per cent of the year!

The architects took a new approach to tower living for this mixed-use development. From the initial phase, there was a focus on public space, including extending a landscaped park along the Lez River and opening the tower up to the public. The 17-storey building aims to be accessible to all the people of Montpellier, and with people taking ownership of the tower, it will become an object of pride for the residents of Montpellier, and a tourist attraction.

The House With 5 Retaining Walls reinterprets the function of structure 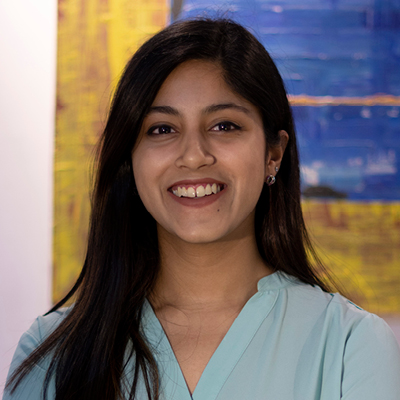 A trained architect and artist, Shreya follows her passion for writing and architectural journalism with the zest and zeal to explore, learn, unlearn and create content to make a difference. She has worked with publications like Living Etc India and digital portals like LBB Delhi, So Delhi and Eat Treat.

A trained architect and artist, Shreya follows her passion for writing and architectural journalism with the zest and zeal to explore, learn, unlearn and create content to make a difference. She has worked with publications like Living Etc India and digital portals like LBB Delhi, So Delhi and Eat Treat.

BIG and CRI create an oasis of vertical urbanism in the heart of Singapore Oct 04, 2022