The product design graduate has invented a portable device that monitors topsoil health and can help reverse soil degradation.

Home to nearly a quarter of the world's biodiversity, the soil, especially the topsoil—the structural foundation and source of nutrients for plants—has exponentially degraded in the last century. Over 90 per cent of the world’s food grows in the topsoil, and its deterioration threatens the earth’s ability to filter water, absorb carbon, and feed people. Only recently, researchers and designers have paid heed to this beckoning issue, product designer Ryan Waterhouse being one of them. A recent design graduate from Bournemouth University in England, Warehouse has devised Terra Nova, a portable soil monitor to keep track of topsoil health. "I wanted to create a product that solved a real problem and provided a professional and realistic solution. Very quickly into my research, I found a repeating pattern on the issue of soil degradation and, more importantly, how overlooked it is," says Waterhouse.

Waterhouse delved into subjects of global warming and sustainability during the final year of his product design course and began research in sustainable development and the fundamentals contributing to larger threats. Realising the urgency of the topsoil crisis and the irreparable damage it inflicts on the future of life on earth, Waterhouse conceived the idea for Terra Nova. With this impactful piece of technology, the designer won the 2022 New Designer of the Year award, the leading award at the UK's New Designers showcase.

The germinal concept of Terra Nova entailed a structured design process and approach. The inceptive research encompassing market analysis and product mapping was followed by industrial design; the intended visual concept translated into UX and UI design. The attention then went into the details of design—software simulations and hardware engineering—until the process culminated in the stage of prototyping. The design dramatically evolved in congruence with the research concerning the nutrient discovery process, allowing the product to suffice electronically. "It was only during the prototyping phase, however, that electronics were introduced, as this proved to be the most effective method that suited the brief," shares Waterson. "Alongside ensuring that the product functioned effectively, the user experience was also heavily considered, ensuring that the product was intuitive to use and would suit the targeted market category," he adds.

Through three retractable probes on the bottom inserted into the soil, the device allows users to measure the moisture content and levels of three significant nutrients in the topsoil—nitrogen, potassium, and phosphorus. Terra Nova employs a frequency domain sensor that consists of an oscillating circuit buried within the soil. Electromagnetic pulses allow for the measurement of the dielectric constant of the soil, according to the derived propagation frequency. The accumulated data is displayed in two forms - the LCD and the web application. Optimum value from the nutrient data is generated through the web application connected to the monitor. Days, months, or even years worth of extensive data safely banked in the application can be visualised through infographics. "Within the application, users can select specific crops that they are planting. This allows highly informative recommendations to then be made," the designer explains.

The electronic evolution of the product underwent several stages and iterations to overcome the challenges of remote localities. Connection to the internet, irrespective of the location of the farmland, was crucial to identify nutrients within the soil. A technology dubbed Long Range (LoRa) Networking—enabling transmissions up to 10 kilometres with low power consumption - became a redeeming feature. Terra Nova, with portability at the core of its design, caters not only to farmers but also allotment owners, keen gardeners, and developing countries. One or multiple devices may be utilised to assess the soil depending upon factors such as — the variety of fruits or vegetables grown, the topography of and around the field. "This is ideal for allotment owners who may show interest in growing multiple fruits and vegetables and, therefore, may want to test a variety of areas with just one device. With this information, they can treat different areas of their land with different fertiliser makeups,” Waterhouse mentions.

Every minute, 30 football fields worth of topsoil is lost due to degradation. Researchers have pointed out that if the current trends and rates of depletion continue, the world will be deprived of topsoil in just 60 years. The magnitude of this threat concerning global food production and the ecological balance is unfathomable. Terra Nova enunciates Waterhouse's effort towards averting a future environmental crisis. "It is increasingly becoming more and more important to make educated and informed decisions on fertiliser usage because of recent cost increases. I believe Terra Nova could significantly impact developing countries with education in increasing crop yields through correct farming practices," says the designer. Technological upsurges and industrial revolutions are more often than not viewed as antagonists in the narrative surrounding the health of the planet. Initiatives such as the Terra Nova soil monitor are powerful reminders to the design community and people across the world of the constructive potential of technology. 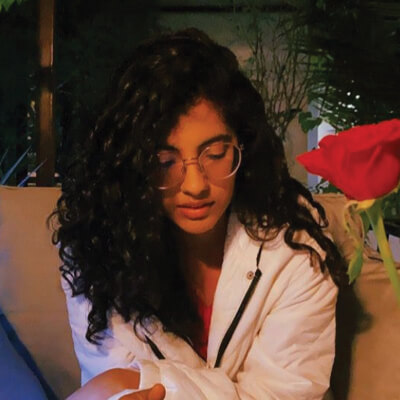 An architect by education, Anushka is intrigued by the power words hold in translating seemingly mundane things into something magnificent. An avid vocalist and a fitness enthusiast driven by her passion for writing and researching, and guided by her formal education and training, she strives to explore the space where tangible forms meet intangible emotions.

An architect by education, Anushka is intrigued by the power words hold in translating seemingly mundane things into something magnificent. An avid vocalist and a fitness enthusiast driven by her passion for writing and researching, and guided by her formal education and training, she strives to explore the space where tangible forms meet intangible emotions.