Designed by Indian architect Puran Kumar of Studio PKA, the office design is in a centuries-old building in the heart of Mumbai's heritage district.

Located on the second floor of a century-old Victorian building in Mumbai, India, is the refurbished, renovated, recreated and reimagined office space - The Loft | Redefined. Indian architect Puran Kumar of Studio PKA took it upon himself to sustainably redesign his own studio space to fit into its new home. While redesigning the architectural office, Studio PKA consciously considered the location, in this case in heart of the city’s art district, to create a streamlined yet uniquely comfortable studio space.

The core strength of this interior design project lies in its poetic conjuncture of the past with the present. It took the concept of adaptive reuse several steps further by “peeling away”, carefully dismantling and re-purposing the existing components from the studio’s previous office design. The intriguing factor is the intervention of the fresh and new with the old and historic.

The second floor was originally boarded up, completely depleted of any natural light or ventilation and was inefficiently divided by brick walls. The new design's challenge was to take care of these hindrances while respecting the integrity of the original space. While unrequired layers of plaster were peeled off and removed, the original industrial aesthetic was retained throughout. Recycled elements such as doors salvaged from demolished buildings were added to not simply lower construction costs but also to integrate the practice's motto of sustainable design into the space. The industrial aesthetic of the studio is dominant with exposed beams and ventilation systems while the glass rooms add an element of transparency. The glass cleverly contrasts with the rest of the studio's rough edge and rugged finish. "These buildings were lying defunct," mentions architect Puran Kumar, adding "there was a need to discover the original architecture and the original design philosophy. We have tried to unearth and discover, to see what lies beneath."

The visitors to the studio face a reception creatively designed to give a hint of the elements that will unfold in greater detail throughout the office space. The original timber columns of the building are retained in their exposed, unmasked fashion and have been allowed to stay in the naturally distressed state they were already in. Kumar emphasised that his motive and inspiration was to allow the building’s 110-years-old antiquity to not only be visible but to ensure that it remains unforgettable. The Loft | Redefined is a synchronic blend of what was already present in the space and what was brought in by Studio PKA.

Interestingly, The Loft | Redefined emerged from Studio PKA's previous studio, namely 'The Loft', which had occupied the fourth floor of the same building. Although the original studio space had a much larger floor space, of 3,500 square feet with a ceiling height that went up to 21 feet, the renewed version occupies the same front office as the previous, but the floor plate has been reduced to 2,100 square feet. The flat-slab ceiling as well reduced the spatial volume significantly but neither of it takes away from the charm the studio has brought with it. Kumar says, “From the volume perspective, the approach wasn’t the same. But in terms of sensitivity, you are looking at a reincarnation of a space that Studio PKA identifies with.”

The reception sees a black granite desk while a timber column has remained as an intimation for a small meeting room with an iconic Mangalore-tiled roof. There is an element of rural architecture that has been employed as there have been a lot of organic elements which are otherwise getting lost in today's modern architectural stylistic patterns. Studio PKA, however, believes in organic architecture as a part of their philosophy and Kumar says, "Your eyes see the terracotta tiles, your feet feel the stone, your hands touch the old timber.” The heart of the office is the studio itself which has been designed to allow volumes of sunlight through cathedral-like windows and offers a range of seating options for individuals to work at their creative best. There is also a wall fashioned with books, serving as a mini library which is a smaller version of the larger one which occupied the fourth floor. The floor is covered with Kota stones built to withstand daily usage against bare concrete walls as a backdrop. From here, the studio gets divided into smaller cabins above which is a loft-like mezzanine with bean bags which also serves as a casual lounge area.

This transformation is a testament to the journey through time of remembering the past, opening one’s arms to the present and eagerly looking forward to the future by enabling it. The studio has become a monumental design that breaks through the boundaries of what was the idea of a traditional workplace to bring with it a flexible design that can now accommodate workshops, exhibitions and collaborative sessions. But most importantly, it has successfully bridged the gap between students and professionals by becoming a transit to the public at large. The pliability of the studio still remains raw, unkempt and a stark contrast to some of the architecture, the inherent character still remains revealing layers of space used over space in a remarkable fashion. The Loft | Redefined is not just a stature of what is, but it is a clever reply to what can be. Kumar summarises it best when he says, “at no point should you lose sight of the fact that every space has the potential to make your day happier.”

A spiralling subterranean edifice of earth, stone, and debris: 'Chuzhi' by Wallmakers 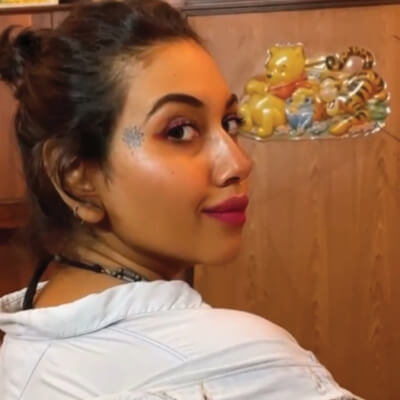 Shinjini is an India-based content specialist with over 10 years of experience in various genres of content. She specialises in content strategy with a knack for film-writing, poetry, architecture and design. She has a keen interest in old buildings, design patterns and reviews.

Shinjini is an India-based content specialist with over 10 years of experience in various genres of content. She specialises in content strategy with a knack for film-writing, poetry, architecture and design. She has a keen interest in old buildings, design patterns and reviews.