Inspiration in isolation: Top five books to read in quarantine

Sourabh Gupta, the principal architect of studio archohm and design dean of The Design Village institute, recommends books to browse and reflect on during COVID-19 lockdown.

As the coronavirus outbreak continues, many of us are trying to make the most of this time while practicing social distancing. Here, Sourabh Gupta shares five publications that will keep the discerning architect and the design enthusiast engaged and entertained during these uncertain times.

1. THE ART OF LOOKING SIDEWAYS

This book is a testament to visual intelligence – imagination combined with what one can see, feel, do, think and how it all ties together. It is an inexhaustible collection of anecdotes, quotations, images, curiosities, trivia, jokes - all interconnected in a play of the verbal and the visual. Insightful and intuitive, this book does not seek to give direct lessons. Designer Alan Fletcher has poured out a lifetime of experience into this ultimate guide of visual awareness to inspire and entertain.

The book very skilfully opens up the mind. It destroys the perception of the preconceived notion to such an extent that even the book breaks all the rules of book writing and making. It focuses on the core issue of communication and experience of an idea. It pushes people to think out-of-the-box. One cannot teach this, one can only inform and inspire others to work towards it, and this book does exactly that. To me, with the limitations of exposure in our education system as well as our conservative societal upbringing, the book addresses the fundamentals and questions the usual. It is a beautiful read for any curious and creative mind.

2. TOWARDS A NEW ARCHITECTURE

Author: Le Corbusier
Publisher: First published in 1923, and then in 2014 by Martino Fine Books

A classic collection of essays written by Le Corbusier experimenting and propagating modern architecture. Influential and impactful, this book has served as a manifesto for generations of architects, a critical piece of architectural theory. That unparalleled impact of the book is ongoing even into the 21st century. Each of the seven essays dismisses the modern trends like eclecticism and art deco and reinforces that architecture was meant to be much more than a style; rather, architecture would fundamentally change how people interacted with buildings – a rebirth of architecture based on function and a new aesthetic based on the function of the form.

Le Corbusier walked the talk. He is one of the few architects in history that have been able to do that. His avant-garde ideas and theories were backed by the depth of space and place making. The book explains extremely unapologetically - the role of architecture and the obligation of an architect in society. "To send an architectural student to Rome is to cripple him for life" nutshells the book’s tonality and ideology. I feel that today we are so caught up with satisfying needs of the client and economies at one level, and still are colonised enough to look up to the western world for morphology and imagery that the primary need to bring life and narrative into architecture gets missed. This provoking and fairly comprehensive text injects courage and compassion towards architecture and its conversations.

3. BETWEEN SILENCE AND LIGHT: SPIRIT IN THE ARCHITECTURE OF LOUIS I. KAHN

The Salk Institute, the Yale Study Center, and the Exeter Library amongst others are some of the most notable works of architect Louis Kahn. A master architect, he is often remembered not just as an architect but also one of the most important thinkers of the century. Kahn felt that the study of human beings was synonymous with study of architecture – their aspirations and their most profound truths. In his buildings, we saw deliverance of dreams - realisation of his vision. Spaces and surfaces that evoked awe, architecture whose silence spoke volumes of monumentality and timelessness. This classic work is a testament to Louis Kahn as an architect, visionary, and poet.

Louis Kahn let his buildings speak. The fact that silence and light are titled together, reflects the sensorial essence of architecture being discussed. To me this book explains the power of light and shade and the language of physical noise and silence. It stands for experiential quality of architecture that needs to be understood and appreciated. Neither the verbal conceptual clarity and over propgation of it; nor the picture-perfect angles of form can make for a good enough definition of architecture. In today’s time of social media, the argument of the book has become even more critical.

4. SUPER NORMAL: SENSATIONS OF THE ORDINARY

204 everyday objects have been put together in this book to search 'super normal design'. From anonymous design examples like a simple plastic bag to the icons like Marcel Breuer’s tubular steel side table. Products by Newson, Grcic and the Bouroullec brothers, it also represents the designers of a particular era. An object is super normal is when the past and present of an object both point at a future.

This book super normally explains the power of design. It also explains the role and position of design in the evolution of a society. None of this is literally spelt out, but this is the after mint of the book as one understands the everyday objects in a way that one never knew needed understanding. The collection of objects and how their underlayers and narratives take them through the test of time is worth reflecting on. It gives even a toothpick a chance to explain and express its ability to change the world.

5. HOW TO SEE: VISUAL ADVENTURES IN A WORLD GOD NEVER MADE

Published by the coveted American furniture manufacturer Herman Miller, this is George Nelson's critically acclaimed manifesto on how to identify, perceive, and understand the objects and landscape of the man-made world. A cult book by the architect, designer, writer, and polymath George Nelson gave us insight into this visual literacy. The book features his photography and essays, shows the capacity to make sense of our manufactured world by questioning ideas that surround us. How photography acts like a reflective tool for creative individuals.

The book is a must read for people from all walks of life. It almost dwells into the domain of perception and reality. We need to understand that design transcends language and manifestation. One needs to ‘see’ this truth and study how it cuts across a large landscape of scales and structures. It perhaps also gives clues to the new ‘system design’ realities of our times. The book is a simple read that shows how issues that happened 50 years back are still relevant today. It thus comments on the evolution of design, design thinking and understanding, and building further upon it is the only way forward.

10 architecture and design books to read during COVID-19 quarantine 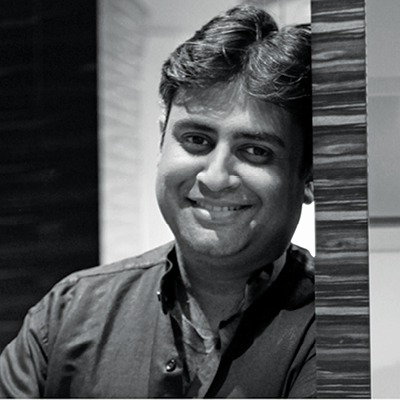