Prof. Coetzer discusses the portrayal of Rich’s architecture through the lens of the vernacular, probing into territorial relationships developed over time, in the book by Jonathan Noble.

In 1893, Mahatma Gandhi was thrown off a ‘whites only’ train carriage outside Pietermaritzburg in South Africa. There is so much complexity held in that horrible act, for example, the displacement of people in the realm of the British Empire, the complexities of identity (of who is white or Indian or African for that matter), of what the British did with their trains and law and lawyering and how that set things on a certain course of interruption, that to be ‘thrown off’ is also to be ‘thrown together’. I mention this not only because Peter Rich has become a friend of India and India has become a friend of Peter Rich – indeed, Jonathan Noble’s The Architecture of Peter Rich. Conversations with Africa, starts with a foreword by (Balkrishna) Doshi and five pages in already has Rich’s intense and powerful drawings of Ahmedabad and Ghanpur Temple demanding attention. But Gandhi’s ‘thrown off’ is also our ‘thrown together’– in the remnants of the British Empire the simplistic divisive binary narratives of who is and who isn’t allowed and who should and who shouldn’t denies the complex reality of our world. The key word here is conversations that points to an exchange of ideas, an interaction that shifts meaning.

Indeed, apart from Pancho Guedes, the maverick Mozambican architect and teacher, Rich’s architectural life – and indeed Noble’s book – starts the conversation with the Ndebele, a ‘tribe’ who adapted their vernacular architecture in the process of partial assimilation to Boer/Afrikaner they were being indentured to at the time Gandhi was being introduced to the brutality of racism. This simple initiating act in both Rich’s life and the chronological order of Noble’s book, alleviate the all too ponderous demand to explain why a ‘white man’ should be allowed to appropriate African architecture. Noble never mentions it, or investigates it, because it is already answered by the Ndebele themselves. We are all thrown together, conversing, borrowing, seeking, adapting, inventing. The second sentence of the book is a quote that explains Rich’s ethos: ‘An Ndebele woman said to me, “we see what we want to see and we make it our own,” and that is everything.’ Indeed, the first few chapters of the book make for a fascinating reading of how Rich’s analysis and research into the Ndebele combined with a reworking of Adolf Loos’s raumplan theory into Rich’s own house in Johannesburg and subsequent house designs around South Africa. The complex play of an implied diagonal set against the dominance of an axial symmetry is beautifully explored by Rich and brilliantly explained by Noble as an example of ‘making it our own’.

The ‘conversation’ continues with Rich’s most famous and iconic building, the Mapungubwe Interpretation Centre located at the pinch-point meeting of South Africa, Botswana and Zimbabwe. My students at the University of Cape Town revere it as evidence of – finally! – an African architecture suitably valorised and celebrated. But the truth is, the project is a hybrid of African terrain and locale and formal language meeting vernacular Spanish timbrel vaults via an expat South African working in England, called Issy Benjamin, who is most famous for his Brazilian Moderne reworking of Durban’s beachfront hotels! The world is truly a wonderful and rich place full of fascinating opportunity. And that’s the point I think Noble makes in his book about the architecture of Peter Rich; he is always open to opportunity, to using useful ideas, to grabbing hold of creative spirit as it manifests and not problematising or over-determining it.

The battle and courage to stay true to this cannot be overemphasised. Everything in South Africa is contested - meaning, politicised and hence potentially undone - and it requires a resolute self-belief and a resolute adherence to the needs of the project and its architecture. Noble occasionally surfaces the vitality and charisma of Peter Rich as necessary in driving architecture of this kind in this context, and hints at Rich’s formative years as a possible source of his determination to overcome negativity and the limiting restrictions of ‘who can and who can’t’ . Indeed, anyone who has met Peter Rich will never forget him. His direct manner and candid tone can be abrasive to some but endears him to people who cannot suffer fools, and who are willing to allow an artist to take hold and drive a project to the full extent of what it needs. This aspect is noted by Noble in the most recent work Rich is doing in Wu Shan, China and his collaboration with his maverick client, Weiping Jin, particularly through the common language of drawing and over internet WeChat hand gestures of thumbs up or down.

In compiling this rich book, Noble spent five years and 40 hours of interviews and many more hours tracking down or making key drawings. Consequently, there is lots in it for all kinds of readers, from those catching some interesting biographical stories to those concerned with the chronological evolution of Rich’s work (although urban design and social housing projects are not included in this study). It is also a catalogue of some 80 exquisite black-line hand drawings (Rich’s drawings for the Kanniedood centre shown above was an instrumental drawing that promoted Rich’s work to the 2018 Venice Biennale). The Architecture of Peter Rich is also illustrated by 43 colour plates ranging from Ndebele beadwork to Rich’s paintings, to photographs of Rich’s buildings, some of which were specifically commissioned for the book itself. However, notwithstanding the abundance of visual delight, Noble’s book reminds us what it is to be an architect beyond the staging of a facile scenography that clocks up ‘likes’, that is, to be consumed by design as a deep concern, to be engaged with design as a set of ongoing and uncovering research propositions. And all the while to make something powerful, engaging and beautiful. Here then, are some beautiful things, not just in the buildings and drawings of Peter Rich – obviously so – but in the beautiful engagement of this complex oeuvre in Noble’s writing and the beautiful thing that this book is.

Steffen Lehmann: "The library is more alive than ever!" 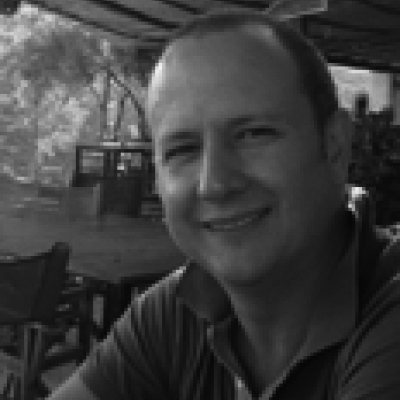 Nicholas is an Associate Professor at the University of Cape Town where he teaches design, history and theory. He is the author of Building Apartheid: On Architecture and Order in Imperial Cape Town.

Nicholas is an Associate Professor at the University of Cape Town where he teaches design, history and theory. He is the author of Building Apartheid: On Architecture and Order in Imperial Cape Town.

Kabelovna Studios: an interpretation of the process of upgradation with conservation Sep 29, 2022