Giver of all presences: Architect Louis I. Kahn

Architect-turned-artist Vishal K. Dar reflects on the life of Louis I. Kahn, the leading architect who personified architecture and light to define their intrinsic relationship.

“I sense light as the giver of all presences, and material as spent light. What is made of light casts a shadow, and the shadow belongs to light.” ‑ Louis I. Kahn

An opaque monolith casts a deep and dark shadow.

The nature of this shadow is unclear, even to the monolith.

One wonders if the monolith is at all aware of its own creation.

As the shadow becomes an animated being, moving through space and surface, over time and texture, it assumes a presence, a form, with abundant help from the source that made it appear.

What is this monolith?

Is it an in-between object or is it architecture?

In an age where architecture from being monolithic has transformed into slippery, shiny and transparent, one wonders if the relevance of the shadow has been eliminated. Do shadows really have the solidity to give form to architecture?

The sun did not know how great it was until it hit the side of a building. - Louis I. Kahn

In master-architect Louis Kahn’s works, we truly sense light. Its presence is that of a giver, and a very generous one at that. Kahn’s architecture presents an operatic tension between the source and the shadow, which explores experience-making through a certain kind of mysteriousness. It is certain for anyone who walks through most of his buildings that he is interested in darkness on a metaphysical scale. He is challenging himself with the uncertain and the ominous that evokes deep mystery. Kahn is composing his architectural spaces much like a music arrangement, where every corner, every opaque surface, every aperture is an instrument. He does not design his spaces to protect us from the sun, but to protect the sacredness of the shadow.

Kahn was never shy in creating monumental buildings that went beyond modernism. He can be considered as one of the few architects of the 20th century to have come to terms with the problem of defining an authentic, modern monumentality. His designs for sacred spaces of diverse religions combined the idea of assembly with a sense of the transcendent, and through symbolic geometries Kahn evoked and explored the origins of architecture itself. Kahn’s buildings are strange remnants of the Greek style. He says, “Greek architecture taught me that the column is where the light is not, and the space between is where the light is. It is a matter of no-light, light, no-light, light. A column and a column bring light between them. To make a column, which grows out of the wall and which makes its own rhythm of no-light, light, no-light, light: that is the marvel of the artist.” Some of his provocative proposals remained un-built.

It is true that our early years as a child have the power to shape our futures. At the age of three, Louis Kahn was captivated by the light emitted from burning chunks of coal. He put the coal in his apron, which caught fire and seared his face. Kahn carried these scars for the rest of his life. He was born as Leiser-Itze Schmalowski to a poor Jewish family in Parnu, now in Estonia. According to his son’s 2003 documentary film, My Architect, the family could not even afford pencils. They made their own charcoal sticks from burnt twigs so that young Louis could generate a little income from drawings. Later he earned money by playing the piano to accompany silent movies in theaters. His father changed their family name to Kahn in 1915. Louis I. Kahn grew up to become one of the most influential architects of the 20th century.

(The article was first published in Issue #7 of mondo*arc india journal – an initiative by STIR.)

Sanjeev Panjabi’s first-hand experience of living in one of Louis I. Kahn’s masterpieces 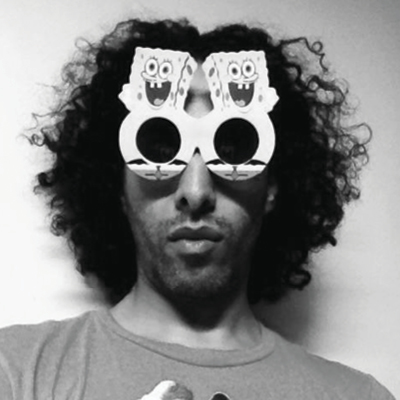 Vishal as an artist uses satire and scale to address deeper personal issues, and his practice often extends outside the gallery into the public realm. His art is diverse in terms of medium, where transformations and the nocturne are some of the more visible themes. Through myth making, he instills a sense of dreamlike quality in his pieces while still allowing them to address contemporary issues.

Vishal as an artist uses satire and scale to address deeper personal issues, and his practice often extends outside the gallery into the public realm. His art is diverse in terms of medium, where transformations and the nocturne are some of the more visible themes. Through myth making, he instills a sense of dreamlike quality in his pieces while still allowing them to address contemporary issues.

Aka Chang and the fascinating digital art coming out of Taipei Oct 19, 2022