Sanjeev Panjabi’s first-hand experience of living in one of Louis I. Kahn’s masterpieces

The architect recounts his stay at Louis I. Kahn’s IIM-Ahmedabad, and later at Salk Institute - buildings that left him yearning for the exploration between light, space and experience.

Everything we perceive is due to light.

This one singular phenomenon has been an obsession of artists and architects for centuries, from Caravaggio to Turrell, from the Pantheon to the Sagrada Familia. Kahn was an architect of uncommon maturity, a master. A lot has been written about him and his astounding understanding of light and form.

Having had the good fortune to live as a room guest with a friend at the IIM hostels during my first internship in Ahmedabad, I am going to relate my own, very personal experience of this jewel. This was in the year 1991, and the average age of the buildings at that point ranged between 25 to 30 years. What struck me most then was the weight of the buildings, which appeared like massive constructs, unshakable bodies, with a distinct sense of definition and sharp shadows.

In Ahmedabad’s scorching sun, the obvious intent was to produce an architecture of coolness. Deriving from the earth, an interplay of light and shadow, the loftiness of circulation spaces, and inspired by many journeys such as travels to the region of Mandu, Kahn created this masterpiece. His obsession with construct and ruins, time and timelessness, materiality and using light to give material its essence, all these qualities that form the quintessence of an architect, were distinctly evident in this singular institution.

The light was mono-directional; almost tunnel like in the cellular dorms, creating a sense of thickness, depth and ‘just enough’ space for a student. Almost akin to cells of monks, the scale and sense of sharing seemed to be ‘just’ right.

Contrasted to the severely intimate dorm rooms, the generous hallways and hefty volumes of the classrooms and lecture halls were handled equally deftly. Almost three storeys high at certain points, the reverberation and temperature of these spaces were monumental, creating dark recesses above.

The main plaza, named after him, was a big clean and green space. Gathering the entire population of the institution in its monumental scale, the plaza was flanked by towering brick walls, which changed in tone and texture as the sun moved across the sky.

Kahn built ruinous exo-structures or envelopes as a strategy to mitigate the sun, rain, dust and heavy winds, but to retain the gradation of light, endorse cross-ventilation and cooling, and to create interstitial shaded areas, almost like a protective veil.

This idea was explored again in Dhaka, albeit in a different palette of materials. The spaces between dorm buildings and the manipulation of levels was another efficient device to create shade, cool outdoor rooms, and a fascinating choreography of light and shade through circulation paths.

As an institutional project, miles away from home in the tropics, the resolute and consummate solution for IIM-Ahmedabad is very different from the Salk Institute in La Jolla, California, wherein the Pacific horizon and the massive open sky dominates the project.

The single plate of the plaza holds the water channel, belying the actual construct, which flanks either side creating labs and living cells in close connection. Light is conjured, coaxed, reflected, absorbed and even glared back at times, leading to the suspicion that architects can only set the stage, while the show takes place when nature plays its magical part!

As the sun moves across the celestial dome, the sky transforms from a blushing morning to an acidic sharp white afternoon that reveals the water-condensed trails of aircrafts magically soaring through the ionosphere. The golden evening that slips into a ruby-esque sunset for a brief moment carries down the water channel, splitting the plaza like a laser into two. The same scene that repeats itself daily is forever theatric, and yet never over the top. Here, the silence rings loud…

What really is architecture? An all-consuming profession, entailing the ultimate sensitivity and understanding of all that surrounds us, from emotions within to the way everything works; it is an understanding and then the manipulation of the force. By force, I mean the inherent energy stored in all things, material and immaterial.

As architects, we are bestowed the responsibility of evolving our race, using every bit of understanding we have of the world around us, to chart a path forward and navigate the ship we call humankind.

Architecture has inspired individuals like Kahn, who question every prevalent process and distill its essence, to realise projects which elevate themselves from a mere building to vessels, which have transformative powers to deliver generations with a sense of intelligent evolution into better beings.

In my belief, light lay within the architect foremost, and it shone through myriad iterations of his projects.

Buildings last longer than their creators but say a lot about their time and those who made them.

(The article was first published in Issue #7 of mondo*arc india journal – an initiative by STIR.)

Giver of all presences: Architect Louis I. Kahn 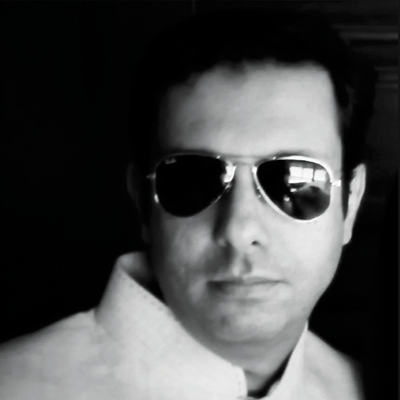 Sanjeev Panjabi and Sangeeta Merchant (SPASM) make an eminent architectural practice that focuses on six key components: modus, user, site, purpose, experience and the act of construction. With the simple mantra that the greatest reward is to be untraceable as architects, their approach can best be described as chaotic upfront.

Sanjeev Panjabi and Sangeeta Merchant (SPASM) make an eminent architectural practice that focuses on six key components: modus, user, site, purpose, experience and the act of construction. With the simple mantra that the greatest reward is to be untraceable as architects, their approach can best be described as chaotic upfront.