In the words of David Chipperfield
Known for his cutting edge designs that are as avant-garde as contextually sensitive, the celebrated architect shares his thoughts on the process of envisioning architecture.

It is a common misconception to think that architecture originates from a sketch on a napkin. The design process of architecture, in particular of built architecture, differs significantly from the prevalent perception of how art is produced. Just like an artist tries to cross boundaries, the architect tries to love boundaries. Architectural design is to project what the existing could be. The existing is many things: the place, its boundaries, the architectural task, the building regulations, the money, the people who design, the people who build, the people who use and reside in the building and those who own it. The idea of what might be does not only have to consider the possibilities and boundaries of the place and the budget, but also the notions of all these people. It is extremely difficult to build a house that the client cannot imagine. Architecture does not originate from a sketch on a napkin, but within a collective space of imagination, which in some sense represents a section of our society and culture. In order for an architectural practice to produce good architecture, a design culture must exist, which encompasses both the office culture and the project culture. In our experience, we have found that whoever wants to build good architecture, must acknowledge above all a cultural sphere of imagination, in which the people involved can concertedly unfold their power of imagination. Designing architecture means first and foremost making space for architecture. Architectural design means building space for the people, for their life and their thoughts.

(This article was first published in Issue#19 of mondo*arc india journal – an initiative by STIR.)

Pages from the Sketchbook – Gautam Bhatia 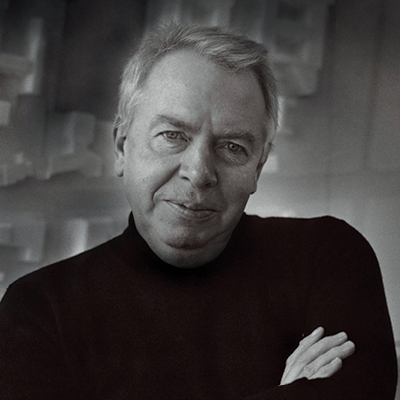 David established David Chipperfield Architects in 1985. A prolific professor, he has taught at prominent universities in Germany, Austria, Italy, Switzerland, United Kingdom and the United States. In 2012 he curated the 13th International Architecture Exhibition of the Venice Biennale. Highly awarded globally, he was also knighted in Germany and UK for his services to architecture.

David established David Chipperfield Architects in 1985. A prolific professor, he has taught at prominent universities in Germany, Austria, Italy, Switzerland, United Kingdom and the United States. In 2012 he curated the 13th International Architecture Exhibition of the Venice Biennale. Highly awarded globally, he was also knighted in Germany and UK for his services to architecture.

sP+a’s new project in Goa is a study in re-introducing social spaces within homes Nov 24, 2021

UNSCRIPTED with Fernando Campana: When spontaneity nurtures the garden of life Jan 21, 2022

Yinka Ilori and the LEGO Group enliven the mundane with ‘Launderette of Dreams’ Oct 30, 2021

Laura Lima’s ‘Six Feet Over’ is a visual narrative on ethereal spaces Jan 25, 2022