Gautam Bhatia pulls out priceless sketches made by the famous architect Laurie Baker, as he refers to a biography he wrote for him many years ago.

Twenty-five years ago, Gautam Bhatia wrote a short biography on Trivandrum-based architect Laurie Baker. The reason for doing the book was two-fold. First, he was intrigued by an approach to architecture that defied all precepts of professional practice. Baker kept no formal record of his projects, no detailed plans or working drawings, no specifications or elaborate perspectives; often the building was directly conceived on the back of an envelope, drawn and discussed with the client while being driven to the construction site. Once built, the building site was simply handed to the client and forgotten by the architect who had moved on to other things – other buildings, ideas for coastal relief housing, a letter to the local minister. The completed architecture was never photographed, it appeared in no journal or coffee table book, no office portfolio; if anything of it was ever visible, a part of it may appear as accidental backdrop in a photograph of a family immensely proud of it. The second was related to the innately Baker belief - clearly expressed throughout his work life that building served a social rather than artistic function; its originality only meant going back to origins. As a result, Baker took half-forgotten vernacular ideas from historic and rural settings and placed them in urban settings often for his dislocated city residents; working in such close association with the clients, carpenters and masons, it was difficult to separate his contribution from theirs. Never was there ever a suggestion that the design was done because the architect or the client merely ‘liked it’. Building could only be interpretive, all architectural responsibility ended there. “I learn my architecture from watching what ordinary people do; in any case it is always the cheapest and simplest because ordinary people do it. My feeling is that you are not often all putting up a monument that will be remembered as a Laurie Baker building, but rather Mohan Singh’s house where he is happy with his family.”

Bhatia asked him once to point him in the right direction of the many middleclass houses he had done in the city. Unaware of the number and types of buildings he had built in a small neighbourhood of Trivandrum, Baker began by drawing a map of the area from imagination, letting his pen move over the growing map in sudden moments of recall: “There’s a house for an accountant here, another one here for a dancer and bureaucrat husband, ah, right next door is Abu Abraham’s house. And down the road, one for a government watchman with six sons.” Besides the map we reproduce sketches and drawings that he had drawn to convince government clients of structural innovation eventually directed at cost reduction.

A deep-rooted commitment to a place and context is perhaps the outcome of a professional practice centered in a single city. Evidence of Baker’s rootedness was visible in his intense involvement in political life and the role of the architect in shaping public ideas and policy. Little may be recorded of his private architecture, but Baker kept a diligent notebook of notes and drawings, sketching the type of hospital he visited, the village where he built fishermen’s huts. His comments on the institution of the government, on cultural and private idiosyncrasies, suggest an artistic ability to record with objective faultlessness, as well as often some subjective home truths. Unafraid, he spoke, wrote and drew his thoughts with unwavering - often humorous - clarity. Behind the sly smile that said it saw things as they were – without the sheen of money or the duplicity of politics, Baker radiated a genial ease and a caring warmth. His drawings and cartoons, meant for public consumption, lay bare obvious truths, uncovering the cover-ups, and sharing with his enormous following – without Facebook or Twitter - the deceptions of government, the deceit of bureaucrats, and the petty connivance of builders and contractors. He could be biting and satirical with his interpretations of Indira Gandhi, but could also express meticulous draftsmanship in recording a cathedral, as well as his first home in Pithoragarh, in the Kumaon Himalayas. 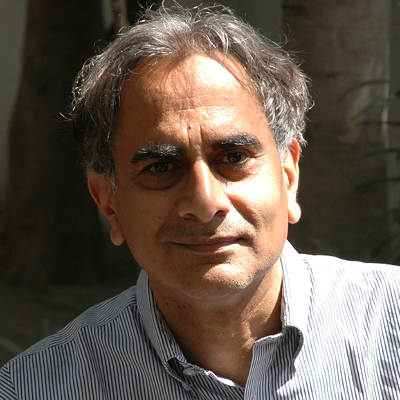 Tetra House is a train of wood and concrete blocks mounted on branching pillars Feb 03, 2023