EXCLUSIVE: COVID-19 has changed the way we view the world, and in this lens, lies a fresh life for colour. Meher Varma and Harshyla Singh chart the new shades and meanings being born.

When Pantone – which enjoys hegemonic control over global colour trends – announced its new palette for the Spring, the havoc coronavirus was to wreak upon the world was still mythical. A brand-new decade, that is also shorthand for perfect optical vision, promised renewal; the experts needed a spectrum to match. Unknowingly, they released a set of anti-anxiety blues, ‘sustainability greens', and legacy maritime colours, to signal stability at last. This brand of chromotherapy was also a conscious response to the criticism against the company’s forecasting practice, which is grounded in arguments about fashion and climate change.

Then, the virus came, a neon-green spikey thing, a shade that at least emojically suggests something lab rather than animal made. And with it arrived a whole new colour scheme, brought on by a dramatic, unbreachable shift humans had to make from the outside to the indoors. As vocabulary like quarantine and self-isolation became normative, we drew tight boundaries around our homes, maximised the windows on our computers screens, and marked ourselves alive on the too bright blue Zoom app; this is a colour that is more jarring, but as salient as the other important blue these days: the pacifying blue of yoga mats.

Then, once we realised this was for the long term, some of us finally started paying attention to the real sentient company we had, much of which was always there; globally, people were startled by clarity of birdsong, and in Delhi we were eager to capture the fresh pink beak of the Rose Starling on heat (a bird that only visits us twice a year). This is a pink that is less design eager than the seemingly permanent Millennial Pink, which as Molly Fischer argues, coated everything from rooms to iPhones cases for nearly a decade, because it was “both pretty and controlled". It also, practically, undercut the steadfastness of online glare. After curfew sunsets, we grew fascinated by the fatness of the silver moon, which in its most super form – once during the lockdown – gleamed pink. This lunar colour is one used to talk about the shade of sparkly lining that bulges under the tragedy of this time; the pigment of deux ex machina.

The pandemic has changed the way we view the world, and in this lens lies a fresh life for colour. COVID has its own colour and texture, and the novelty comes not from their lack of prior existence, but the renewed meanings we can now attach to this.

According to some design and fashion analysts, white – which is most commonly read as the absence of colour – has emerged as the decade’s saviour, or according to trend forecaster Shefalee Vasudev, the ‘corona warrior'. In the blank space, for many, lies the seed of hope; potential for recovery. ‘Ducks coming home', or doctors on the frontlines have reclaimed the shade, which was, as Vasudev points out, always insinuated distance from the common, and high maintenance. However, at this time the democratisation of medical supplies remains uncertain, and the sighting of ducks coming home remains a privilege only available to a few. Thus, it is not a white-white, like the Pantone a blanc au blanc, that is the colour of this time, but a white which is the white of white light, that fills our imagination; this is a corporate medical shade, a colour you have to pay for. There is also the white of stockpiled eggs that we grabbed on to for security before and after the PM spoke; a white that is committed to keeping the family yolk intact.

Then there’s black, which Gaurav Gupta – India’s goth couturier – tells me he is ‘over'. The pandemic has drained his love for the colour, which once coated everything from his mood to a wall in his bedroom. If there is a black now, it’s not the black of dark holes and dungeons, but the night sky, speckled with stars. It is a color of rural fantasy, to be consumed by urban blood, many for whom a farm is a thing with a swimming pool.

The tincture of foam – the result of bubbles made from hand washing – has come into our lives anew; this is the colour of normative check, a sign of regular meal time, a method to erase any interaction with your non-kin. It is the self-made palette of stability. It’s a strange pleasure the sight of this colour gives, it’s a shade you can smell. It’s like the colour heliotrope – which was assigned to something purple that had the fragrance of desert. Foam is now a colour that plays on at least two senses at once; the third is the sense of knowledge: common sense.

With the move indoors has also come a sharp focus on domesticity, or kitchen life; for some, who can romanticise this break from normal life, the sepias of their banana bread and instagrammable dragon oranges of kimchi are the new, obligatory colours of joy. For others, for whom housework has only intensified, the added rotis, dals, and sabzis that are toil; labour with no limit. In this context, life is the colour of sweat, an invisible liquid that darkens as soon as it is released for work: its undying master.

Then, finally, there’s the mixed emotion of red, as it appears now, thrusting with life in the first flowers of Delonix regia (Gulmohar trees); this is the red we want, hope, pray, will cut away the vein of ambulances, the headlines of yellow journalism. But, just walking by the news with a new mango in your mouth, and you know, it’s become the colour in which markets open, day after day.

'The global zeitgeist of the moment': Very Peri is Pantone Color of the Year 2022 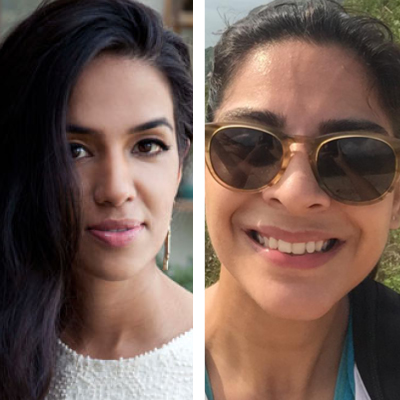 Meher is an anthropologist and storyteller who writes on design, food, fashion, and gender. Her work has appeared in Vestoj, Disegno, Roads and Kingdoms, Elle, Harpers, AD.

Harshyla is a graphic designer. She runs a visual communication studio called Bull that specialises in branding, packaging, web design and illustration.

Meher is an anthropologist and storyteller who writes on design, food, fashion, and gender. Her work has appeared in Vestoj, Disegno, Roads and Kingdoms, Elle, Harpers, AD.

Harshyla is a graphic designer. She runs a visual communication studio called Bull that specialises in branding, packaging, web design and illustration.

A prototype for restoration: Annabel Karim Kassar's 'The Lebanese House' at the V&A Sep 25, 2022

Gene Sherman on exploring architecture and fashion as forms of cultural expression Nov 04, 2022