Resilience may not be enough; anti-fragility may be the answer to post-COVID design

Design systems built not just to withstand crisis but to thrive and grow with adverse situations are the ones that will outlast all others, writes Mudita Pasari of The Design Village.

As we all experience changing work patterns and lifestyles during the times of social distancing, there are numerous conversations online about what the world will look like, after we have manoeuvred through these unprecedented times. Words (and sentiments) like 'recover', 'bounce back' and 'resilient' are seen peppered across conversations and communication while speculating about the post COVID-19 world.

But are these words the only way to describe how one must react to these times? Can one not be ready for anything unforeseen? Ready not merely as a reactive system, but ready to benefit from any possible future disruptions.

We have always been told to build contingencies while designing a system, but what if we were to build opportunities instead? Opportunities to thrive with every blow that our system takes. Opportunities to stop looking at the ‘survival despite of’, but move towards the idea of ‘growth because of’.

Some years ago, I came across a book by Nassim Nicholas Taleb, and he seemed to have aptly given a word for what I had been trying to describe - Antifragile. Borrowing this word and its definition from him, I share a bit about my experience as a designer in these strange, isolating times.

Antifragility is beyond resilience or robustness. The resilient resists shocks and stays the same; the antifragile gets better. - Nassim Nicholas Taleb, Antifragile, 2012

Today, as the world grapples with a pandemic, a designer's practice begs the question - what are we designing for? It would be a grave fallacy to say that the world will remain as was, when we come out on the other end of this tunnel.

Healing is not just about filling the gaps anymore, but it is to be seen as transformational and productive. Fragility is no more looked down upon as a task for mending but rather an opportunity for reconstruction. And systems which are built not just to withstand but to thrive and grow in such circumstances are the ones which will outlast all others.

The sooner we accept that a designer’s practice has changed forever, the better prepared we shall be to redefine systems of the future. Systems which are not just meant to react to what has happened, but rather those which thrive within the new structure, and every other structure to be born hereafter.

Many research fields have moved into looking beyond resilience and adaptive behaviour— but curiously 'design', which happens to be a discipline thriving on chaos and change, has been resistant to the use of words such as antifragility.

Nassim Nicholas Taleb has at length defined this beautiful ever occurring phenomenon; and as I read through his book, I realise that I often find myself attracted to work with people and organisations inspired by his philosophy. I seem to always find such places – places built to last – not because they are hard to break but because they are quick and efficient at building-back better.

In a world where young designers and professionals are looking to explore, lasting in a job forever is not always a way of life. Those who start their own businesses are continuously looking to expand, grow, change and learn. Many on a job have a parallel personal practice or are acting consultants. Multitasking at various levels, people are courageous to say yes to new domains and are venturing into the unknown with eyes wide open. People changing jobs are not leaving behind voids to be filled, but rather creating vistas for change and encouraging new versions of themselves, while developing systems independent of individuals.

Now, with the job crisis at our hands, the question remains – who is more likely to come out doing okay and who would probably spring back faster and better than before?

The world as we knew it has changed – now what remains to be seen is which of us shall not simply adapt, but successfully evolve together with what is yet to come.

In this beautiful and messy world of design, I continue to work at The Design Village, which talks to students about “learning to learn” instead of “learning a skill” alone.

“Lifelong learners” with “intrinsic motivation” is what makes a true villager, we say. And today, people not just within our ecosystem, but everywhere are being tested on these grounds. We are all navigating unfamiliar times, and those who are ready to use this uncertainty to their advantage would have benefited in the long term.

At the Village, we have been able to live-test our philosophy, not just as mentors and administrators, but as designers who are battling the current pandemic. Design education, like all other fields, has its own challenges. Before this January, what one would have simply refused to imagine as a digitally propagated pedagogical model, is now being designed into courses that are communicating effectively online.

As we battle with unavailability of reliable communication tools and services or lack of access to material in our students’ homes, we have devised exercises which impart online what one would have shared in a classroom with very different tools. Traditional exercises and methods being passed down for generations are now being replaced with distance-learning using online tools one would have earlier looked down upon.

Over eight weeks of intensive online learning, our courses evolve showing promising short-term results. The long-term developmental impacts on a student remain to be seen.

Working with limitations and constraints – if anything, has improved the prospect of our current students understanding and evolving with the world. As we attempt continued functioning, we need to prepare for and look forward towards the practices of tomorrow – designing for continuous change.

After all, design is not a skill, but a mindset.

On the surface, designers have to be adaptive and resilient, yes – but they also need to be antifragile. Their practices should not only be able to bounce back if hit by unexpected change – rather they should be able to thrive because of it.

Design practices need to be producing antifragile systems, which are housed in bodies ready to perish and be reborn. For can a system be truly antifragile if the body is resilient or robust in itself?

Maybe a fragile body gives space — space for multiplicity of forms of manifestation. Falling in love with an idea/an output/a manifestation would not be a problem because the idea/output/manifestation would be designed to change — not just be resilient or adaptive — but ready to evolve and grow — even ready to be replaced.

Being replaced as an output of a system means that the system is ready for tomorrow and every tomorrow that comes thence. And being replaced within a system means one has designed a system to not just withstand external change, but made it independent enough to flourish with the change itself.

Imagine a phoenix which, every time it burns, returns back not the same, but incrementally more magnificent than before. A systemic problem needs complex solutions, and the form of said solutions can be ever changing. As we reimagine our practices, we shout out to all others who have found the heart to thrive together in these stressful times.

What lies ahead? Nicola Rutt on industrial rehabilitation as ideal workspaces 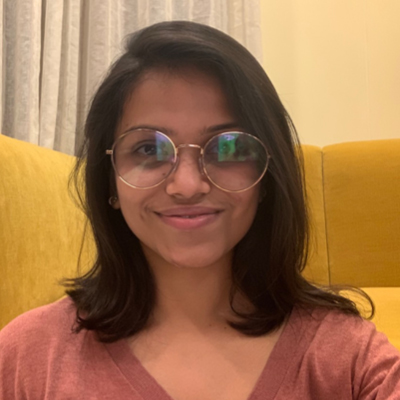 A Narrative and Strategic Designer, Mudita largely works with educational systems and designed visual education for decoding and advocating acceptance of plurality in everyday lives. A communication design graduate from NID, Ahmedabad, she has a Masters in Design Education from the Rhode Island School of Design, Providence–she is a cohabitation enthusiast, working at the cross-section of human interaction and other ecological components in our immediate environments.

A Narrative and Strategic Designer, Mudita largely works with educational systems and designed visual education for decoding and advocating acceptance of plurality in everyday lives. A communication design graduate from NID, Ahmedabad, she has a Masters in Design Education from the Rhode Island School of Design, Providence–she is a cohabitation enthusiast, working at the cross-section of human interaction and other ecological components in our immediate environments.

Ludwig Godefroy's Hotel Casa TO is a concrete oasis enclosed by sky Sep 15, 2022