A letter to my hero, Ingo Maurer

Vancouver designer Matthew McCormick pays heartfelt tribute to the man who started it all...

It’s been more than a decade since I stumbled upon my first Ingo Maurer lamp. The influence it has had on my life is something I’ve spoken about ever since.

Casually waiting for a friend at Inform, a designer showroom here in Vancouver, I came across the most peculiar fixture. Overly simplistic (and a touch bizarre) on first glance, it was Ingo’s Mozzkito lamp – a questionable piece to the average passerby made with no more than what seemed like bits and pieces you’d find around your house.

It was not the sum of these mundane parts that made it magical: it was the intrinsic brilliance in how it was put together and the compelling glow of its orb when turned on. I found myself in awe of Ingo’s artistry and can safely say it was this first-hand experience that inspired me to take my long-time obsession for lighting, finally leaping into the industry myself.

To this day, Ingo Maurer remains my design hero. His work isn’t superfluous nor does he value the use high-end material as the crux of its impact. The value of his artistry comes from elevating the ordinary. A genius in the use of light, shadow and perception, he owns his expertise in a way that is fearless in authorship and embraces unexpectedness in the object itself.

Needless to say, the dream was to one day shake Ingo’s hand and thank him for the impact he’s made on my life and career. And so, in both jest and seriousness, I “chased” him at design shows around the world, narrowly missing the man on countless occasions:

Milan Design Week (three years in a row!): “You just missed him, Matthew. Too bad. Maybe next time.”

And later, within what sounded like minutes after his departure from his New York pop-up shop during the NYCxDESIGN event (after racing like hell through the alleys of the city), he had gone home – as in, back to Germany. Another lost opportunity.

Perhaps not the closest encounter – but the most rewarding encounter – was being shortlisted for the GRAY Magazine Design awards in 2017 where Ingo was a judge. While I didn’t win, I was shortlisted with three other designers who were vetted by the man himself. What an honour to think he had spent even a moment reviewing my life’s work.

Fast forward to Christmas of last year where Ingo Maurer made a final albeit very special showing, in a way that I will forever remember.

My wife presented me with what looked like an empty box, on first glance. In it, was a printed piece of communication between herself and Inform, the same store I had initially seen the Mozzkito lamp a decade prior. She was trying to buy one for me after years of raving over it. They had regretted to inform that the Mozzkito lamp was no longer in stock at the shop nor was it in production – ever again!

With persistence, my wife explained the impact of the piece and the backstory behind it. And so, the wonderful team at Inform forwarded the information to Ingo’s factory in Germany just to make sure, only to find that they could make one more lamp. As in, one more Mozzkito lamp in the history of all Ingo Mozzkito lamps, along with a response from the man himself:

"YES, I WOULD LOVE TO MEET YOU, MATT.
YOU SEEM TO BE A VERY INTERESTING PERSON.
JUST BY YOUR SELECTION OF MOZZKITO, IT SHOWS ME OF WHO YOU ARE."

Well, we never had a chance to meet in person, Ingo. But to mirror your sentiment, the legacy of your design and its reflection of you as a person will continue to be a source of infinite inspiration. You took a brief moment in time to sign the base of my treasured lamp which will forever be a fond reminder of where it all started.

That, I am happy to say, is enough for me.

Let there be light: Chandelier designs that enliven your space 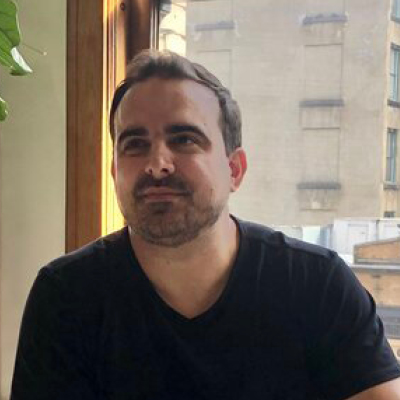 Matthew McCormick Studio is a multi-disciplinary design studio based in Vancouver, Canada that produces distinctive lighting and artistic installations. Founded in 2013 by Matthew, the studio designs, manufactures, and globally distributes Matthew’s own distinctive collections. In addition to creating bespoke, sculptural lighting, all products are made in Canada by committed young manufacturers and craftsmen.

Matthew McCormick Studio is a multi-disciplinary design studio based in Vancouver, Canada that produces distinctive lighting and artistic installations. Founded in 2013 by Matthew, the studio designs, manufactures, and globally distributes Matthew’s own distinctive collections. In addition to creating bespoke, sculptural lighting, all products are made in Canada by committed young manufacturers and craftsmen.

Junya Ishigami reinvents “building into the earth” with a House & Restaurant in Japan Oct 01, 2022

‘If Walls Could Speak’: Moshe Safdie sketches his architectural journey in words Oct 10, 2022

The unadorned materiality of Ramai Boys Hostel by adaa in Aurangabad, India Sep 01, 2022

Gene Sherman on exploring architecture and fashion as forms of cultural expression Nov 04, 2022