S. Project is a new format at the Salone del Mobile, and within this eclectic space, B&B Italia, Flos and Louis Poulsen have a joint showcase. To have your designs stand out among such a plethora of great brands is no mean feat, yet Michael Anastassiades’ remarkable lights are eye catching, despite being quite minimalistic in their lines. Anastassiades himself is much like the products he creates, understated and unfussy, but with a sharp intellect. He creates objects that are minimal, utilitarian and almost mundane, yet full of unexpected vitality.

We are here with architects Seema Puri Mullan and Zarir Mullan, and Anastassiades takes us on a tour of his works. Coordinates consist of horizontal and vertical strip lights that form custom illuminated grid-like structures across the ceilings. A second lighting system, My Circuit, is made up of simple individual curved and linear sections that can be joined together to create custom configurations. Seema, who runs her own practice SEZA in Mumbai, is immediately taken with the endless possibilities these lights offer, and it takes us a while to traverse the booth.

Finally, we find a quiet corner, and sit down to do a short interview with Anastassiades.

Seema Puri Mullan (SPM): Which design do you feel really expresses your philosophy? And which design of yours do you think was the game changer?

Michael Anastassiades (MA): If you look at my start with Flos, I think the String Light for me was a breakthrough. Not so much in terms of recognition, it was more a game changer in how it sees lighting. Not simply having a lamp that you stick up on the ceiling but the playfulness, the versatility, the gesture of offering creativity to the user. To draw in three dimensions, because that is what the project does. A lot of the projects that followed, followed that concept.

SPM: I see what you mean. All your lights look like they are perfectly engineered, like they come from a mind that has done something technical. Is this because of your engineering background?

MA: I always felt that I ran away from engineering as far and as fast as I possibly could, but I think you cannot run away from anything, it gets into your bones, so I think there is an engineer somewhere within. Of course, I get enormous help and support from the tech teams.

SPM: Do you think the fascination for light is one of your defining features? What attracts you to designing lighting above other forms?

MA: I think light is a very poetic medium, I do not know anybody that is not attracted to light. Human beings by instinct are attracted to light - the sun, the moon, all these things. I like light because it has another dimension, it is not static. It works in two scenarios: when it is off, which is 80 percent of the time, and when it is on, both are very different settings that you have to embrace and understand.

SPM: What are the products we would hope to find in your own space?

MA: I live with my own objects everywhere and I think this is the biggest test. In the beginning I did not want to have any of my objects around me, but then that had to change because you have to experience something before you let it out into the world.

SPM: And besides your own objects, what is one other that you cherish the most?

MA: I have a Memphis style light by Martine Bedin, called the Super Lamp. It is like a toy car on wheels with bulbs all around and so different from anything that I would ever design myself. When I first went to London to study, it was the peak of the Memphis style, and I used to go to a shop and admire that lamp but could never afford it. Many years later I found it on eBay and I said I must have it, and it is the only object in the house that makes people wonder sometimes, ’what is this doing here?’ It just makes me smile, there is a certain sense of humour to it, and I think that humour is also in my work somehow. So, maybe, that is what they have in common.

SPM: Your predictions – what do you think is the iconic product to watch out for at Salone del Mobile this year?

MA: I believe every designer has his/her own vision and language, so I would not like to pick. I see a lot of companies and designers doing things that are much more modular – adaptable. You can see it even in the Bouroullecs, the way they did this hanging system. The idea of customisation is important.

SPM: For example, like your Coordinates, which would fit into any space.

MA: Exactly, it is very adaptable.

SPM: What do you think would be the trend in 2019 that would stir up your world?

MA: I think, as a creative, you can never really predict how people will respond to things. A trend is having people respond to something, sometimes it is a revival of past things and you never know. I think as a designer you should consider yourself lucky, especially financially, if you hit a trend, usually completely by accident. If you look at my career, we launched String Lights in 2014 at the same time as IC Lights, and IC Lights were everywhere, so in that respect is it my favourite project? Of course, it is a part of me, but String Lights have much more weight to me. But it is interesting and very unpredictable.

That is such a great and honest answer. Essentially unpredictability is what you predict. And on that happy note, it is time for us to wrap up and head out. But not before we set up a date to meet again in India.

Michael Anastassiades: “I would like to stir 2019 with Coordinates. And I will see you in India.” 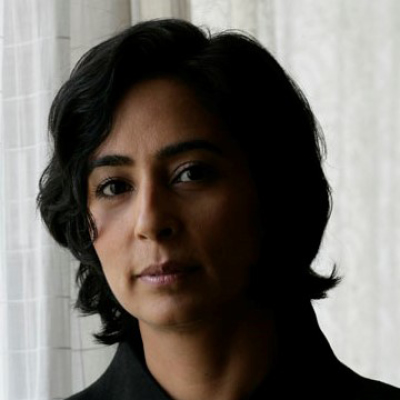 Spending over 30 years in Indian media, Archana has worked across genres - business and marketing, lifestyle, design, interiors, fashion and living. She was the CEO of Ogaan Media (publishing ELLE, ELLE DECOR, organising India Design ID). Having moved to Italy in 2015, Archana now continues her association with design and media through collaborations and freelance assignments with print and online titles.

Spending over 30 years in Indian media, Archana has worked across genres - business and marketing, lifestyle, design, interiors, fashion and living. She was the CEO of Ogaan Media (publishing ELLE, ELLE DECOR, organising India Design ID). Having moved to Italy in 2015, Archana now continues her association with design and media through collaborations and freelance assignments with print and online titles.