Lord Richard Rogers, inside out

At the loss of the master craftsman of The Centre Pompidou and the Cheesegrater, a filmmaker who lived in an apartment designed by Rogers observes his marvels up close.

You get it. Lord Richard Rogers is a modernist-manqué. You get it. Lord Richard Rogers asserts agile coercion on brutalist vocabulary to test his unswerving diplopia: an austere, Zen toolbox of technê; his social commitment conveyed in human-sized experience qua humanistic approach of ethically-sourced buildings through urban landscape in the chronotopography of the 20th century. And, the innumerable partnerships and configurations his lordship affects to bring about the lightness and the elevation of his immensely exciting, and biodynamically diverse, often sculptural, buildings—is it only because he is severely dyslexic and an utterly incompetent draftsman, and needs talented partners to materialise his visions?

Your shaved bonce is buzzing; you are ruminating and cogitating Lord Rogers as a big-brand, white-male starchitect and a vital philosopher as you exit Inside Out—a thorough retrospective exhibition of his projects and designs at Burlington House, Royal Academy of Arts, curated by the Rogers family—and, commence your long gingerly promenade towards The City of London. As you arrive at the western crook of Lime and Leadenhall Streets, the golden sunlight of the dusk illuminates the salacious curves of the incisively faceted inside-out Lloyd's building. The cohesive organisation of the uninterrupted interior trading space is neatly packaged with service functionality: gorgeous tangle of cylinder, duct, pipelines and six service towers—each crowned with a cerulean crane, and protruding plant rooms—enclosing latrines, lifts et al.

This key high-tech exoskeletal design trait perhaps originated in Lord Roger’s poetic opus in Paris, The Centre Pompidou, but apotheosized in the Cheesegrater, at 122 Leadenhall Street, just opposite to Lloyd's building. The Cheesegrater and Lloyd's building vis-à-vis Sir Christopher Wren’s St. Paul's Cathedral form part of contingent articulations of emergent globalist forms—unmistakably palpable not only in the hypnogogic complex of Gherkin, Heron Tower, Moor House on London Wall, The Scalpel but also in the Merrill Lynch building opposite the Old Bailey, Citibank headquarters at Canary Wharf etc.—which mysticise and mythicise the ratiocination of capital’s flow and growth and infuse it with grandeur, without unduly ruffling London’s 4,000 years of history.

Although inside-out is one of the most common ways of defining his buildings, Archigram founder Michael Webb’s coinage "Bowellism'' seems to capture Lord Richard Rogers’ spirit better. "Bowellism'' it is, you thought, as you proceed through the house, 22 Parkside in Wimbledon, that Lord Richard Rogers and his then wife Su Brumwell designed for his parents but donated to the Harvard Graduate School of Design in 2015. You can recognise the contours of Su’s mind on Lord Richard Rogers’ concept, as you slide partitions of the canary yellow one-storey house—made with pre-fab store bought components—and the interior of the house is reconfigured and renewed, and you recognise how Rogers House is a precursor to both the Pompidou and The Cheesegrater, not only in design but as a muted matrix of Lord Richard Rogers’ process.

You remember a massive apartment in one of the most desirable addresses in Paris, Place de Vosges, which doubles as a living space, and a gallery, Le Cube Orange, the owner of which, your friend JJ, reveals, was where Richard Rogers lived in the 1970s; the furniture still bearing the imprint of his l’huile de coude. And you feel a frisson. You see the shafts of unbroken beauty in the furniture he designs. A stone’s throw away is Centre Pompidou, your favourite modernistic mythopoeia, which exemplifies, you feel, Lord Richard Rogers’ ability to almost magically create vast, fluid flexible urban spaces, and most of all, his joie de vivre of that great public building while still filling your heart and head with tremendous and true aesthetic enjoyment.

Speaking of enjoyment, you remember meeting Anish Kapoor for a meal at River Café—notice the posh accent aigu—a restaurant owned and run by Lord Richard Rogers’ current American wife Ruth, and Ruth telling you that Kapoor has been commissioned by the French Ministry of Justice to adorn, with a sculpture, the Bordeaux law courts, designed by Richard Rogers. While Richard Rogers’ final building, a shape-shifting 120-square-metre hanging gallery at the ancient vineyard of Château La Coste in Provence, is charming, the civic significance, the philosophical importance and the way his new law courts for the historic city of Bordeaux transform and at the same time integrate into the public space, is simply breathtaking. The design of the building is ‘flask’-like volumes inside a transparent glass box, revealing the building’s utilitarian organisation, functional purpose and meaning.

It is not only the relationships of interior/ exterior and actor/ viewer that are inverted, but you feel that Bordeaux law courts are connected with the Velasca Tower in Milan, with circuits of connection where Lord Richard Rogers is driving and extending the compelling and vital humanist spirit of the tower’s designers, Ernesto Nathan Rogers (Lord Richard Rogers’ father) and Gianluigi Banfi.

Inside out, great architecture and its makers are all timelessly intertwined.

Owen Luder, the 'commercially astute Brutalist' architect, passes away at 93 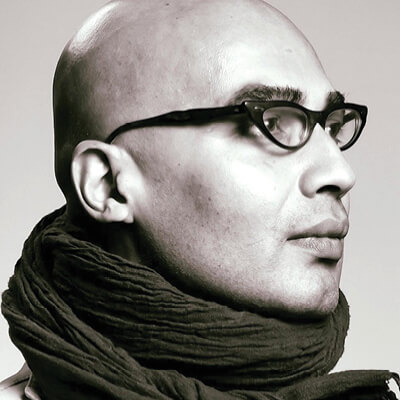 Examining the history of monarchs and authority across the world and their involvement with art works in public spaces to influence the desired narrative.

'American Framing' challenges the wood-frame construction traditions by exposing it

Vladimir Belogolovsky visits the American Framing at Chicago's Wrightwood 659, which he suggests encourages architects to work around all standards, whatever they may be.

'Ceramics in the Expanded Field' resurrects the appreciation for clay and ceramics Apr 23, 2022

A man disguised as an old lady tosses a cake at the 'Mona Lisa' painting in Paris May 31, 2022

Masquespacio's interior design of a burger joint nods to fast food chains of the 80s May 11, 2022