Architect and urban planner Sadiq Zafar pays tribute to late Indian architect Kuldip Singh, for whom work was family, and his design studio, a partner for life.

In 2017, Ram Rahman curated an exhibition at the Kiran Nadar Museum of Art in Delhi, showcasing building photographs, models and murals, which were or are part of Delhi’s morphology. Featuring works of his father Habib Rahman and architects Raj Rewal, Joseph Stein, and Achyut Kanvinde, Ram had collected landmark buildings that showcase Nehruvian modern and the making of post-colonial Delhi. The modernist architecture of Kuldip Singh was also part of the exhibition.

Singh passed away in Delhi recently. It was in 2008 when I was introduced to him. I was in my third year of B.Arch at the Jamia Millia Islamia and it was for a dissertation where I had to study the work, philosophy, and practice of an Indian architect. My elder brother Saqib Zafar, who is a structural engineer trained under structural giant Mahendra Raj, was working with the Delhi Metro and Singh was on the panel in those early days of the Delhi Metro. He referred me to Singh to explore the style of architecture he was famous for.

For the dissertation, I visited Singh’s office, which is in a dense neighbourhood called Bhogal in New Delhi. I was waiting at the meeting hall, which had some paintings consciously placed on the walls that gave an impression of the interest the architect had apart from practicing architecture. I was greeted by an elderly, white bearded man who had put on a special kind of reading glasses. It was Kuldip Singh.

I want to recall the words of wisdom he shared in our very first meeting. He said, "An architect can only be assessed by his/her work, and nothing else can speak for him/her except the buildings he/she has designed. Observation is part of architectural understanding; you should not get influenced by the architect that you are studying until and unless your architectural observation says so. Every assignment should be a mission to enhance the observation skills, imaginative abilities to explore theories and to incorporate things you learn in your architectural practice in future.”

Architecture has always been the tool of expression of power. For a young and independent nation, Modernism became the medium to convey the message of the arrival of a new emergent nation. As part of the Nehruvian modern architectural vocabulary, Modernism was introduced and mainstreamed by Habib Rahman in Kolkata, Achyut Kanvinde in Delhi, followed by Le Corbusier in Chandigarh. Singh’s NCDC and NDMC Palika Kendra building are considered part of the postcolonial modern architecture in Delhi.

With him I studied his buildings and after each case study we used to discuss the journey of the built form. This included master planning of the Kochi riverfront development, District Centre at Saket in New Delhi, and the iconic NCDC and NDMC buildings in the Indian capital. As I have learnt from his designs, his works have contributed to the making of a modernist city with limited resources. His landmark buildings can be summarised as exposed concrete structures without any superficial external treatments that reveal honesty in architectural design and construction.

Any building which leaves an impression carries memories and if it is identified by common people, it is a success. When I had my first visit to the NCDC building, auto drivers knew it as the Pyjama building because of its two-winged façade. I told Singh about it, and he said, “This is what makes it a landmark: the honesty in structure and the way design is communicating with common people”.

Another exposed concrete structure which Singh designed is the NDMC Palika Kendra in Delhi, which again became a landmark. NCDC has a zig-zag pattern whereas NDMC has a curved base. With limited resources and Raj's genius, concrete became the medium to shape Delhi's modernist architecture. The Hall of Nations by Raj Rewal, and the NDMC Palika Kendra by Singh second this claim.

The architect I knew

It was December 2010 when I was looking for an architectural internship that I went straight to meet my architect. But I must say, he was honest with his words when he said, "Sadiq, I don't have much work these days and you would waste your time in my office as this is your learning phase. I strongly believe that you should go to Raj Rewal's office and I would recommend you work with him. You will learn much more there”.

And for almost a year and half, I worked with architect Rewal before joining Urban Planning at the SPA in Delhi.

Singh did not marry and remained single his entire life. His work was his family, his design studio was his partner in life. To me, he was a nice, kind-hearted, and a soft-spoken human being. He had command over the Urdu language and I strongly believe that the landmarks he has produced make him a legendary architect. I must say that he taught me much about architecture and planning, especially how to remain truthful to design. His passing is a personal loss to a student like me.

In memory of Kuldip Singh, architect Raj Rewal shares, “It is a great personal loss, and the architectural community would miss his sane advice on urban issues during these difficult times”.

Hanging by a moment: A home suspended between two hills in California

The architectural transitions of life and death at Crematorium The Tumulus

Placing folklore in modernity, Naso fills the concrete shell of Lago|Algo in Mexico 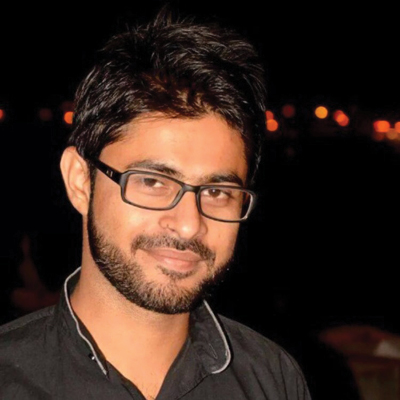 An urban planner and architect, Sadiq is an author of a book on sustainable development. He is presently working in the capacity of an urban policy researcher in which he explores built form and issues in poor urban neighbourhoods. He has worked with a reputed national research institute and has also served as an Assistant Professor at the Jamia Millia Islamia in New Delhi.

An urban planner and architect, Sadiq is an author of a book on sustainable development. He is presently working in the capacity of an urban policy researcher in which he explores built form and issues in poor urban neighbourhoods. He has worked with a reputed national research institute and has also served as an Assistant Professor at the Jamia Millia Islamia in New Delhi.

A look at projects that protect and restore health on World Architecture Day 2022 Oct 03, 2022

Móberg Nursing Home in Iceland aims to be a home where architecture heals Sep 22, 2022