On MC Escher's 122nd birthday, STIR celebrates the legacy of the graphic artist popular for employing geometrical metaphors to his mind-bending graphical illustrations.

Best known for his ‘impossible’ constructions, symmetry, and transformation prints, Maurits Cornelis Escher was born on June 17, 1898, in the Netherlands. He became an individualist graphic artist with an intuitive and unapologetic use of mathematics in his illustrations despite receiving any formal training in the subject. With this skill he developed his own ‘visual’ way of understanding and applying complex concepts to art, and tried his hands at various media including lithograph, woodcut, mezzotint, linoleum cut, wood engraving, watercolour and etching.

Escher was always drawn towards the idea of infinity, hyperbolic geometry and paradox. The left-handed artist, in his works, majorly integrated these concepts over 2-D planes and 3-D views to tailor almost unbelievable reflections of space, tessellations, curvilinear perspectives, platonic solids and drawings with multiple levels of reality.

Here, STIR explores some of his most famous artworks that received worldwide acclaim among scientists, mathematicians and artists alike.

In this lithograph printed in March 1960, Escher captures the offbeat influence of paradox by depicting a never-ending staircase set up on the roof of a building. Inspired from the impossible ‘tribar’ stairs of Lionel Penrose, Escher’s ‘Ascending and Descending’ features the perpetual motion of humans instilling a sense of mystique to the work of art.

Only those who attempt the absurd will achieve the impossible. I think it’s in my basement…let me go upstairs and check. – MC Escher

In the ‘Reptiles’ lithograph, Escher made the whimsical lizards from a 2-dimensional hexagonal tessellation emerge out as 3-dimensional objects from one end of the drawing, and then re-enter the tessellation’s 2D plane from the other side. He took his own ‘Study of Regular Division of the Plane with Reptiles’ to another level to emphasise on the importance of dimensional experimentation.

In 1956, ‘Print Gallery’ was Escher’s successful attempt at playing with visual recursion of the Droste effect. In this lithograph, a man is seen looking at a framed print of a seaport, which cyclically expands out as a reality towards the top right corner, defying the norms of space topology. At the same time, the cyclic contraction of the gallery itself towards the bottom right corner embodies a paradox of in-ness to out-ness.

The ‘Day and Night’ woodcut representation of two realities at the same time was made possible by interlocking different planes to cover a surface. While the countryside backdrop offers an ethereal uplift to the piece, the chequered fields turn into white and black birds to create a bewildering setting.

The rotationally symmetric woodcut piece ‘Snakes’, which was printed in July 1969, is Escher’s last work before he died in 1972. The disk is modelled by repeating a single wedge-shaped object three times over the plane, with shrinking and interlocking of circles towards the centre and perimeter of the disc.

With all expressions of art, whether it is music, literature or visual arts, it is first and foremost a matter of: communicating to the outside world and make sensory perceptible a personal thought, a striking idea or an inner emotion. – MC Escher

After switching from architecture to decorative arts in school, Escher took study journeys through Italy and Spain only to get inspired from the details of nature and buildings. Various elements of the Moorish architecture of Alhambra, mosque of Cordoba and the Italian countryside landscapes stimulated his interest in natural realistic rendering, patterns and repetitive geometry. While he moved from Italy to Switzerland and then to Belgium with his family, he indulged in creating numerous drawings based on perspective and symmetry, which later turned out to be some of his most famous works. When he finally returned to the Netherlands, Escher expanded his intriguing portfolio and walked his route to recognition and success.

Escher’s work can be defined as an artistic expression far from the usual understanding and perception of space and dimension. The artist, who once got neglected by the art fraternity, went on to create some of the most memorable and mind-bending prints that continue to inspire designers and illustrators of today.

Remembering the life and art of German provocateur Ulay 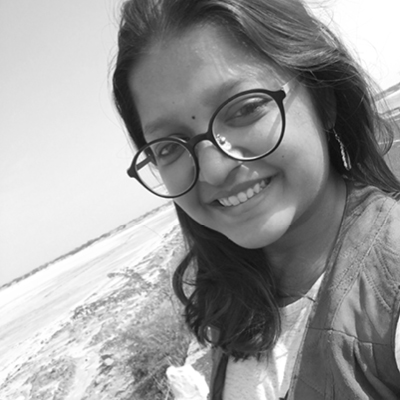 Shristi is an architect-turned-journalist who graduated from NIT Raipur in 2016. She currently contributes to many leading design and architecture publications in India.

Shristi is an architect-turned-journalist who graduated from NIT Raipur in 2016. She currently contributes to many leading design and architecture publications in India.

Israeli artist Michal Rovner faces the fear of the 'other' head on Feb 05, 2023