As is frequently the case with historic cities, Oxford is an enigma. Anyone who visits Oxford experiences it in their own unique way, conceptualising their notion of the city from their myriad encounters. Tourists associate the city primarily with the University, enamoured by the impetuosity of its numerous colleges, replete with their charming old buildings. As the summer draws to a close, hordes of parents and aspiring students can be seen tracing the path taken by countless others over the centuries, down Broad Street to the Sheldonian, the circumambulation of the Radcliffe Camera, a quick scone at St. Mary's and then gently, wearily back up High Street to Cornmarket. The adventurous few will make it to Magdalen Bridge, but rarely wander beyond. To the south, Christchurch meadow seemingly suggests that nothing of any photographic worth could possibly lay beyond the mature trees. Heading west is the natural returning path, either to the train station or the bus stop, either waiting to whisk the weary traveler to yet another quaint little English city.

Few, if any ever venture north beyond the Ashmolean Museum. Beyond the St. Giles Church & Cemetery, the dense city core unzips in two diverging paths leading either to Banbury or to Summertown. Save for the odd university department or college, the area is primarily residential. Rather than populated by hoodied, earplugged, bedraggled students walking purposefully to their next academic deadline, the pace of life is slower - people are picking up kids from school, mothers amble with strollers, seniors walk to church. Within this apparent bucolic suburbia, a modern architectural masterpiece is hidden at the end of Linton Road, announced only by a small curving bench and modest concrete and glass facade.

Past the weighted aluminium doors, it is quickly apparent that Wolfson is unlike most Oxford colleges. In place of well-worn flagstones and ancient porter lodges is a bright airy space, with buffed concrete floors, crisp wooden trimmings with an abundance of glass. Past the lodge is a contemplative courtyard, with four arced benches for company and striking metal sculpture, lazily reviewing passers-by.

Further past another set of doors is the only reminder during the entire experience that one still inhabits an Oxford College. A grassy rectilinear quad sits within an elegantly detailed two-storey facade, the rhythmic succession of round concrete columns broken only by the expansive sheets of glass that reveal the sanguine pace of activity within.

The imaginatively named Marble Staircase made of a patterned Carrera is a complex interplay of levels sitting within a larger atrium. However, this is only a precursor to the large multi-function dining hall, topped by a soaring wood lined pyramidical roof, capped with a skylight ringed with bright lights that mimic the effect of daylight during the evening. Unlike the narrow and long cathedral-like dining halls of other colleges, this is a broad squarish space that feels distinctly contemporary and precise.

By every conceivable architectural metric, the buildings within Wolfson College are an absolute masterpiece. They are beautifully made, representing the best practices of mid-century modernism. They have aged gracefully - even the exposed aggregate in the columns has bravely withstood the relentless humid and famously inclement Oxford micro-climate. The brick paved flooring has acquired the well-worn patina that can only be earned with age, while the thin, elegant metal window frames and railings have barely aged at all, a testament to their quality.

However, even as one walks around and marvels at the buildings, it is only by wandering deep into the residential areas of the college that the architectural raisin d'être of the plan is finally revealed. The last of three quads sprinkled through the building faces the Isis River and the forests beyond. Save for the fluttering and quacking of ducks in the harbour, the quiet is pervasively perfect for the struggling scholar, but mildly anticlimactic for the casual visitor. Seen from the ground level of the quad, the view is akin to the picturesque garden view typical of an English countryside. However, for the fortunate few to stay in the rooms that face the harbour, the view extends to the gentle rolling hills that encircle Oxfordshire, partially responsible for the near constant drizzle and wholly responsible for the magnificent view.

As one leaves the campus and returns to the ancient stone walls and streets of medieval central Oxford, it is easy to classify the Wolfson buildings as an unwelcome addition to the quaint town, a concrete block in the city of dreaming spires. Yet, unlike other brutalist buildings in the UK, it is unnecessary to position the buildings in their specific context of place and time to fully appreciate them. In the past decade, buildings by Rafael Vinoly, Herzog & De Meuron and Zaha Hadid have all tried and unsuccessfully tried to recreate the essence of the city in a modern building. In contrast, the buildings of Wolfson college successfully retain that which is essential to the spirit of an Oxford College - an elegant repose in scholarly pursuit.

Petra: A journey to the ancient ‘Rose City’ carved out of rock

'Modern Heritage' at the Frame Conclave held in Goa 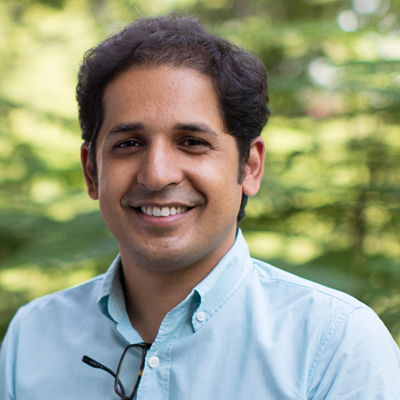