The art of travel, the architecture of happiness - traipsing through Japan

Mridu Sahai goes on a design expedition to understand the evolution and relationship between design, art, and architecture, referencing examples from Japan.

“A door handle is the handshake of a building.”

This adage was coined by architect Adriana Natcheva, and the interesting factor to note about the remark is the relationship that it conveys between product and space, the tactile and the intangible. The two fields are often taught in the same institutions as specialisations and share a multitude of similarities ranging from their philosophies to the design process followed, leading to an ample amount of overlap - where we have industrial designers working in retail space and light architecture and architects making furniture or modular systems for housing.

Until the 1800s, any skilled person could be practicing as an architect, dressmaker or a product craftsman through reading, apprenticeship and self-study of the subject – polymaths like Leonardo da Vinci are examples of this. However, with the advent of the Industrial Revolution, the product designer’s role became an established one. Nevertheless, all architects from Corbusier, Mies to Aalto continued to make their own furniture. This was not just to try their hand at a more intimate scale but out of sheer necessity, for it was impossible to find furniture on the market that could respond to the ever-changing needs of their modern clients. Hence, by default, if there was any product that could not be sourced, it was created. Alternately, in the product design/art sphere – explorations into space making seemed like an obvious choice in order to ensure that the subject/object is viewed and consumed in its intended context, and therefore, we have designers such as Philippe Starck, Karim Rashid, Marcel Wanders and even Olafur Eliasson venturing into the realm of space making and architecture today.

The future of the creative field commands the need for collaboration and integration between all design spheres. Design today needs us to be all-encompassing and we are almost returning to where we started. With such a wholesome design philosophy, Dtours India curated an architecture and design tour of Japan, which was a representation of this phenomenon, especially for the discerning traveller.

As we journeyed to the land of the rising sun, we understood quite metaphorically why it was called so. Japan was everything and more than what one could imagine - the culture, visually and otherwise, beautifully exhibited through various indigenous concepts from Wabi-Sabi - beauty in imperfection, Miyabi (elegance) – eliminating anything that is vulgar, Shibhi (subtle) – things are most beautiful when they are not loud, to Ensou (the void) – infinity and nothingness. Every object, space, environment and aesthetic was so inherently Japanese that one not just marvelled at their clarity of thought but the translation of it into physical forms.

Japan is a beautiful example of how a value system has been rendered into a visual material culture – architecture, art, craft and design. The interconnectedness between the physical and the philosophical is very pronounced here – there is calmness in people and there is calmness in art, design, and architecture. It is also pertinent to mention, that unlike most cultures where crafts have been left behind due to various reasons, craft in Japan is still at the core of everyday life. And it can be found everywhere – clothes are crafted, products are crafted and even construction is a craft and not a mere building activity.

Architecturally, the country is a fine example of how tradition can evolve seamlessly into modernity, how identity and cultural rootedness have developed with the times and technology. Some of the finest examples of nature and architecture integration exist in Japan – from entire islands being dedicated to art and its appreciation to natural light being celebrated to the utmost, so much so that opening times of buildings were dependent on it. Japan enjoys a beautiful synergy with nature and with simplicity being at the helm of everything.

An intense week long expedition of a group of 15 people, a vibrant mix of artists, architects, designers, entrepreneurs and students, began in Tokyo. Tokyo had wonderful examples of how architects and designers collaborate to create exemplary experiences. The Omotesandō Avenue is one such destination, which has the highest concentration of buildings by acclaimed contemporary architects for all fashion and lifestyle labels. These include the Christian Dior store by Sanaa, the Prada Flagship store by Herzog & de Meuron, Hugo Boss building by Norihiko Dan, the Coach store by OMA and many others.

Also in Tokyo, is the 21_21 Design Sight museum – put together through a collaboration between renowned Japanese architect Tadao Ando and fashion designer Issey Miyake. The building by Ando highlights the latter’s concept of ‘a piece of cloth’, and devises the idea for the roof of the structure as a single sheet of folded steel. The people associated with the museum add to its vibrant mix - the three directors of the museum come from various realms of design - Issey Miyake, the fashion designer; Taku Satoh, a graphic designer; Naoto Fukasawa, a product designer.

Our stint at Tokyo was followed by a bullet train to Kobe to visit the Water Temple by Ando along with a traditional Japanese Zen garden. Enroute Kobe, on the Shinkansen train, we were treated to a view of Mt. Fuji, the highest peak of Japan and an active volcano. It definitely lives up to its reputation of being the most perfect and iconic mountains of all.

After a day of architectural appreciation at Kobe, we headed north to the mountains in the Kansai region to visit the Museum of Wood Culture, a rare gem in the middle of the forest, designed entirely in wood by Tadao Ando. Everyone participated in a Japanese wooden toy-making workshop conducted by a Japanese carpenter. The museum’s toy making workshop offered us the unique experience of the traditional craft of toy making in Hyogo and the tools used for wood cutting, crafting and carving. This was truly one of those remarkable things to strike off one’s bucket list.

Heading to the art islands of Naoshima and Teshima, we came to face an entire region that hosts less than 3000 people and the island that houses primarily museums and art houses, where architecture literally teeters on the edge of art and design, and the same reflect on architecture.

The Chichu Art Museum or the underground art museum and the Teshima Museum of Art were clear winners. They serve as fine examples of collaborations between artists and architects, where the spaces have been customised to house the art and not vice versa. Chichu holds the incredible works of James Turrell, who truly invites and immerses one into his works that present art as synonymous to architecture; Walter D Maria, whose magnificent pieces are as enthralling as intriguing; and artists like Monet in a setting that is larger-than-life. This is perhaps the only museum in the world where Monet can be viewed in natural light!

In the neighbouring remote island of Teshima stands an art museum, which is in itself a single piece of art (architecture?), designed by Tokyo-based architect Ryue Nishizawa (Co-founder of Sanaa) and Japanese artist Rei Naito. The Teshima Art Museum is a sculpture (building?) in itself, nestled amidst rice fields, a silent contemplative structure that transcends one onto another plane altogether.

After ferrying and cycling around the islands, we headed to Osaka. Our last day was spent in this cosmopolitan city. Some treated themselves to local cuisines and markets in the Namba region of the metropolis, while others chose to go to nearby Kyoto to see more traditional temples and Zen gardens.

Maybe it was the mix of people, the curation of our tour or just plainly, the vision of the collaborative, creative industry of Japan, where nothing is segmented or absolute in its manifestation. The Japanese have long acknowledged the apparent relationships of all creative fields, in processes and principles and perhaps this is why they successfully continue to be indigenous, original and avant-garde!

(The article was first published in Issue #20 of mondo*arc india journal – an initiative by STIR.)

Sumu Fumu Terrace by Nendo: a multifunctional labyrinth of ease

Murakoshi House by S Design Farm is a compact, inward-looking sanctum in Tokyo 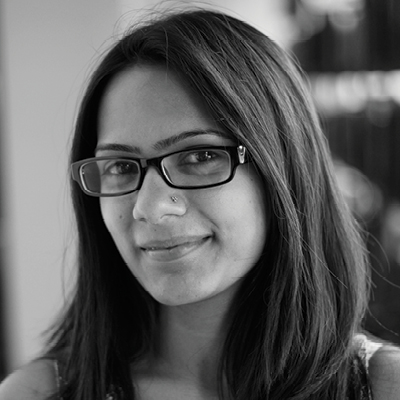 Taking an action: reinventing the role of renewable energy in architecture Dec 22, 2022

Raintree House by Studio Saxe is a retreat nestled in a lush Costa Rican jungle Jan 12, 2023

Centraal Museum Utrecht curates the old with the new for the exhibition ‘Double Act’ Dec 18, 2022

Inside artist Carlos Cruz-Diez's inimitable 'The Euphoria of Colour' Jan 09, 2023