Best of 2022: STIR looks back at public artwork from around the world that captivated viewers through light, augmented reality, scale, and more.

Through immersive narratives and visuals, artists not only draw attention to public art but also redefine our relationship to public spaces and how we interact with them. With cutting-edge sculptures and incisive light displays, they spark conversations about community, climate change, and identity, while adding a distinct feature to urban areas. Pushing the limits of literacy, by nearly always drawing in readers from socio-cultural backgrounds, they make an enduring mark, making us question if this is indeed the future of art?

Artists from around the world incorporated public art—varying from wood, stone, metal, illuminating sculptures—to respond to the geopolitical circumstances of our turbulent times. These works ranged from multisensorial experiences to large-scale installations, not only defying preconceived notions of what public art might be but also reflecting on and addressing the legacy of historical injustices.

As we bid adieu to 2022, STIR looks back at public artworks and installations that added enormous value to public art and its capacity to inspire and affect people outside artistic institutions.

At the 59th Venice Biennale, the Metaverse ecosystem platform Arhead displayed an augmented reality project called Pseudo-territory that lighting designers, Ella Ponizovsky Bergelson and Anna Elena Torres worked on together. Powered by Arhead and modelled after the idea of a 'quasi-territory,' the distinctive technology allowed both, the art biennale attendees to interact with Bergelson and Torres' sculpture in augmented reality while they were at the set design, as well as for the piece to be eventually transported to the Metaverse for future viewers. The concept of a ‘pseudo-territory’ is derived from kmoy-teritorye, which was created by Boruch Rivkin, a Yiddish literary critic and editor (1883-1945). In an effort to frame Yiddish literature in art history as a transnational psychological domain for the Jewish peoples, he also devised the concept of ‘Yiddishland.’ At Venice, the first autonomous, international pavilion with a focus on modern Jewish and Yiddish creative work was called the Yiddishland Pavilion.

Studio Phormatik, founded in Bulgaria, creates extraordinary and immersive digital art experiences by combining cutting-edge new media technology with a daring creative approach. Producing adaptable multimedia works in a range of sizes, in addition to VR and AR, the studio's outstanding portfolio also features 3D mapping, stage design, interactive installations, and a wide range of visual work, which they often show in wonderfully bright images and videos. Studio Phormatik was established a decade back and in its early years, it was a group of young visual artists with various skill sets and backgrounds. This included stage and scene designers, musicians, interactive programmers, and graphic designers. The artist statement explains their process as: “Developing concepts from scratch to building on existing solutions—we begin every project with creativity and innovation in mind. Storyboard, motion design, visual effects, and sound are our tools to create high-quality sights and compelling multimedia worlds. From ideation to execution, we take concepts and bring them to life using programming, interactive tools, virtual reality, augmented reality, you name it. Our shows offer new immersive experiences and pioneering forms of entertainment. We use new technologies to break physical laws and amaze audiences.”

In 2022, we investigated the history of monarchs and authorities across the world and their engagement with public art works to impact their intended narrative. In 1965, Robert Indiana produced pop-art—Love sculpture art in the centre of Manhattan as a holiday card for the Museum of Modern Art, New York City. Later, it was requested that it become a sculpture installation, becoming a well-liked picture opportunity. The Bull of Wall Street, a bronze sculpture by Arturo Di Modica on Broadway in Manhattan's Financial District, is a short distance from it. It depicts a bull, the symbol of aggressive financial optimism and prosperity. But unlike the real meaning of public art, a work of art in a public space has a wider and more profound impact. Public sculptures often captivate individuals from various socio-cultural backgrounds, transcend literacy barriers, and create an enduring effect. Authorities with vested interests have historically utilised the format of placing visual art as an effective instrument. Statues, particularly those of political personalities, have served as important symbols for conveying and reinforcing ideas, ultimately shaping the public. What should be done with the monuments and statues that serve as symbols and reminders of repressive political ideologies becomes a pertinent subject. Several of them, across the globe, were vandalised during the Black Lives Matter movement, and there are countless instances in history of similar icons that symbolise the past being erased. One may question if certain areas should be off-limits to movements. Shouldn't buildings with rich historical value and items in the public domain possessing a specific meaning be spared from matters? This question has no correct or wrong responses. The one thing that is confirmed, though, is that publicly displayed visual art continues to be a powerful instrument in the hands of humans.

With its defining transitory aspect and its quintessential ephemeral quality, the element of light has gained enormous popularity among artists. The historical and cultural backgrounds of site-specific art, created by the Dutch light collective Vendel en de Wolf are built through the use of light. Dutch artists—Paul Vendel and Sandra de Wolf, who founded the collective, have been creating 3D semi-abstract installations with materials including anodized aluminium, polyester, cardboard, styrofoam, copper, plexiglass, duckweed, and even ice, for more than 30 years. The light artists refer to their in-situ work as "growing buildings" and like revealing the innate beauty of the surrounding landscape. Since its debut in 2019, the light installation Fluxit has travelled to several locations in China, South Africa, and Amsterdam in The Netherlands. It is loosely based on the installation Swarm, which was built using 500 triangular modules on site and was inspired by swarm intelligence. The low-budget method of building buildings, which involves using bamboo and haphazardly sticking aluminium tape, gave rise to Fluxit.

Amsterdam-based VOUW Studio's light art installations are a reflection of their commitment to enable viewers to experience and interact with their environment from a fresh perspective. VOUW, established in 2017, by installation artist Mingus Vogel and Justus Bruns, invented ‘slowtech’ in an effort to move beyond technology's obvious use as a tool of productivity and efficiency. Through their designs, they enable viewers to pause from their busy lives and focus on connections that exist in the actual world. At the intersection of social cohesion, art and technology, the interactive installations created by the studio, require viewers to recognise their surroundings in order to develop an organic connection with the installation. This was demonstrated by their original lighting project Bloomlight, which featured a number of lanterns. Inspired by the way the wind blows across the grass, and trying to understand the problem of light pollution, the large-scale art installation reacts to people approaching it as though it were a living organism. The shadowy lanterns slant toward the guests and spread a gentle glow. It becomes black once when the guests leave the immersive installation. As an art and design firm, VOUW’s creations brighten the metropolitan environment and give residents a new perspective on their home.

Artists who celebrate maximalism and euphoria in their art 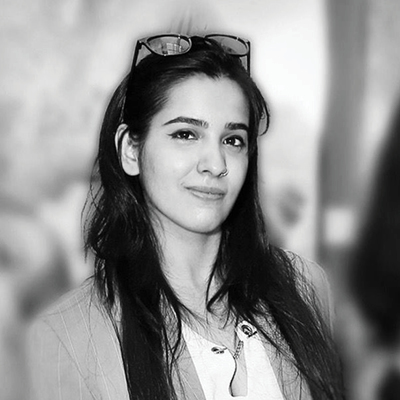 Radical & creative thinking motivates the installations of 'The Future is Present' Feb 04, 2023