Ahead of the biggest event on the furniture design calendar, Amy Frearson picks out six of the most exciting young talents participating.

One of the most disappointing trends that emerged during the pandemic was a tendency for furniture brands to play it safe when it came to the designers they chose to work with. A reluctance to take risks meant that companies were sticking with names that were tried, tested and bankable, to ensure they stayed afloat at a time of financial crisis. While this was understandable, it naturally created a troubling situation where up-and-coming designers found it harder than ever to get a foot into the industry's door.

With Milan poised to host the Salone del Mobile and Fuorisalone at a scale not experienced in over three years, now feels like the time to change that narrative. Participating alongside the established names are a host of talented individuals and studios that are challenging the industry status quo. Through ground-breaking approaches to technology, materials and interaction, they are redefining what it means to be a designer in the 21st century.

LA-based Sam Klemick is no stranger to the design industry, but for the past 10 years she has been firmly in the fashion sphere, designing for brands including Paige, Rag & Bone and Free People. Something shifted when, in 2019, she attended an evening class where she learned how to turn wood on a lathe. Since then she has quickly established herself as one of the hottest new names in furniture design, combining her talents for woodcraft and textiles in surprising ways. Under the moniker Otherside Objects, she transforms discarded objects and materials into handcrafted pieces that beg to be touched, thanks to their sensual, bulging forms. Klemick makes her Milan debut with an outdoor installation at Alcova, The Garden. Using draped fabrics and duvet-style cushions, she will create an ethereal experience inspired by dream-like films including Tarkovsky’s Mirror and Kurosawa’s Dreams.

“I am fascinated by dreams, as we spend so much of our life inhabiting these surreal worlds and altered versions of our perceived realities,” says Klemick. “I want The Garden to capture this feeling, making it an experience that feels as surreal as a dream but with tangible objects, we can use and experience in our waking life.”

Although there is no shortage of talented designers coming out of Norway, the work of Anna Maria Øfstedal Eng is in a league of its own. Featuring irregular, tactile and often knobbly shapes, her work challenges the need for linearity in furniture. Øfstedal Eng produces each of her designs by hand, often using a chainsaw to sculpt wood she gathers from the forests near her studio in Fjellhamar. Her strength comes in the way she treats each object as a piece of sculpture, using the silhouettes of everything from rugged cliffs to gnarly tree roots as inspiration for her organic forms. Danish brand Ferm Living already produces two of Øfstedal Eng's aluminium designs: the Morf Sculpture and the Rotben End Table. It’s likely we’ll see a lot more of her following her participation in Milan, where she’ll present her striking ash-wood Vride Bench as part of the Norwegian Presence exhibition, Matter.

"I want my design to speak of itself as a sculpture but also a functional object," says Øfstedal Eng. “I want to create objects and furniture that can engage over time. By doing so I really develop the shape into something I feel can excite people over time."

The virtual design space that emerged during the COVID-19 pandemic provided fertile ground for Shanghai-based artist and designer, Duyi Han. Building on a background in architecture, Han’s work is a visual feast of both digital and physical environments and objects, exploring themes across cultural history, personal identity and health. His skill lies in his ability to bring the same energy and imagination he creates in his virtual designs into the physical realm. With the arrival of the metaverse now upon us, these technicolour environments feel like a tantalising vision of a soon-to-arrive future. During Salone, Han will take over a space in Alcova to present his project, Ordinance of the Subconscious Treatment. Combining a traditional Chinese apartment with elements of neuroaesthetic treatment, this project looks set to soothe and provoke in equal measure.

"With monochromatic tones and furniture pieces covered by hand-embroidered silk, each room (or room set) offers a distinct experience," said the designer. "In the context of global mental health awareness and neuroscience advancement, the rooms are conceived as a physical construct of mental space that evokes feelings."

It will come as little surprise that designer Satoshi Yoshiizumi worked for Nendo before founding his Tokyo-based studio, TAKT Project, in 2013. His work shares the same playfully inventive spirit, but puts a whole new spin on it. The studio describes itself as a 'design think + do tank', which alludes to its hand-on, multidisciplinary and research-driven approach. Not only does it combine design commissions with self-motivated projects, but also overlays technology onto physical objects, often to theatrical effect. Milan visitors from 2019 might recall the project Glow ⇄ Grow, which saw TAKT Studio begin an exploration into how LED lights can create the appearance of ice forming in resin. This time around, Yoshiizumi’s team will present the work Equilibrium Flower in a solo exhibition in the 5VIE district. Exploring the possibilities of thermally hardening fabric, it looks set to be just as captivating.

"The world is where everything coexists, where everything can be as it is, or as it wants to be. No single power dominates others, no one is superior. Rather, things balance in a harmonic state of equilibrium," said Yoshiizumi. “If design is to be about creating something, through that something we also want to realise such harmony of equilibrium."

At a time when environmental issues are leading design decision-making, the work of Zurich-based duo Denizay Apusoglu and Jonas Kissling feels right on cue. Since founding Studio Eidola in 2020, the pair have developed an approach that puts material life cycles at the forefront of product development. Their designs centre around the manipulation of raw material properties and geomorphic processes, to uncover new aesthetic possibilities. A recent project saw them create a type of structural crochet out of e-waste. In Milan they are presenting their latest exploration, Ocean Articulated, as part of the House of Switzerland exhibition in the Brera design district. Their most ambitious project yet, it sees the pair use sand extracted from riverbeds in Switzerland – reducing the need for quarrying and overseas transport – and use a new form of sand casting to create a series of stools.

"One of the main goals was to draw more attention to these seemingly everyday processes," said the duo. "Ocean Articulated offers a new perspective on time and permanence; the origin, lifecycle and disposal of materials; as well as experimental processes focusing on qualities of raw materials."

Berlin-based Pascal Hein was among 20 young and emerging designers invited to create a pandemic-inspired work for an exhibition at the Design Museum during the London Design Festival in 2021. His contribution was Migo, a neatly crafted wooden chair that facilitates a variety of sitting positions. The design made such a big impression that furniture company Benchmark put it into production shortly after. Hein has plenty of industry experience; he works as a senior designer for Konstantin Grcic, and previously held roles with Steelcase and Arik Levy. But it feels like it won’t be long before he starts forging own path. Migo will feature in the Triennale Milano exhibition Forest Tales, hosted by the American Hardwood Export Council and curated by Studio Swine.

"Migo is the result of personal reflections during a time of change and uncertainty, the start of the COVID pandemic," said the designer. “You can use it in various ways, there is no front or back, no right or wrong. Ultimately it’s a companion or a friendly little helper."

STIR takes you on a Milanese sojourn! Experience Salone del Mobile and all the design districts - 5vie, Brera, Fuorisalone, Isola, Zona Tortona, and Durini - with us. STIR’s coverage of Milan Design Week 2022, Meanwhile in Milan showcases the best exhibits, moods, studios, events, and folks to look out for. We are also excited to announce our very own STIR press booth at Salone del Mobile - Hall 5/7 S.14, Fiera Milano RHO. 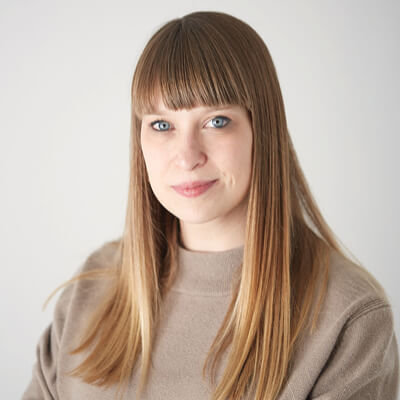 Rashid Rana explores ideas of dislocation and self through the lens of digital vs real Oct 13, 2022