The Capitol Castle by Opposite Office imagines a fortified democracy

Following the storming and riots on the Capitol building, the German architecture studio Opposite Office speculates a protective structure around the seat of power of the USA.

On January 6, 2021, the Capitol Hill in the US was attacked by an enraged mob of Donald Trump supporters who took the Capitol, resulting in a violent clash with the authorities as they set to welcome Joe Biden as the new president of the country. The incident caused a buzz across nations, marking the end of Trump’s already fraught presidential rule. The riots caused at least four deaths, leaving several others injured in the commotion.

Opposite Office, a Germany-based activist architecture studio, took this opportunity to engage in a socio-political discourse through the medium of architecture. Known for unconventional solutions in its practice, Opposite Office uses architectural issues to highlight and engage in sociological and political matters of the world. Some of their previous works include '(in)visible zoo', which puts animal welfare as a priority in its design against the traditional cages and fences of a zoo or the 'Affordable Palace', which suggests opening up the Buckingham Palace to answer UK's housing problems. Using the concept of a speculative structure around the Capitol building, the studio bridged architectural reality with a fictional set-up. The Capitol Castle imagines the original Capitol building (designed in 1800 by William Thornton) surrounded by a thick wall made of recycled bricks from construction waste. Creating a 1.5-meter wide wall that is added to the structure and protects the existing building, the studio uses this dystopian fortress as a symbol that brings attention to the general problem of democratic systems that faced a wave of populism, right-wing nationalism, and fake news.

Benedikt Hartl, the founder of Opposite office, mentions, “The storm on the Capitol on January 6, 2021, provides the corresponding images and strengthens the narrative of the democratic crisis. But how can democracy defend itself? With the dystopian project “Capitol Castle”, Opposite Office is showing a version of democracy that has to hide behind ever higher walls. The seat of the Congress is being converted into a fortress. A layer of 1.5m solid walls is placed in front of the classical building".

When asked about the importance of architecture to convey his message on democracy, Hartl says, "Architecture is always about our society. If we, as architects, observe that there is something going in the wrong direction we have to take action and participate in a social or political discussion! Architecture is a social discipline and not only a commercial business. We have to care about our environment and also about social aspects. Architecture can be a medium for social participation. In addition, images are stronger than words..."

The conversion of the iconic building into a fortress is aimed at awakening the people’s consciousness and prompt the realisation that democracy is in a precarious state within our time. The studio’s concept of Capitol Castle hopes to awaken a sense of reconciliation and togetherness amongst people. 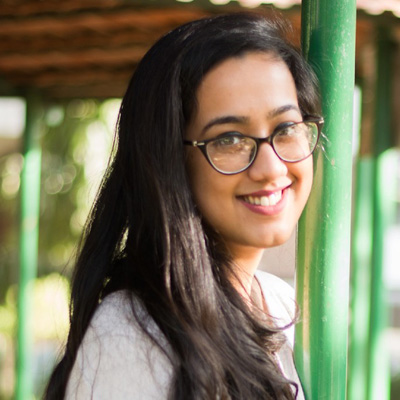 Fleury-sur-Orne Nursery is a cocoon-like sanctuary for a child’s formative years Feb 02, 2023